One of the latest titles in Amazon Prime Video’s growing roster of greenlit original series, The Stinky & Dirty Show will introduce preschool viewers to a mess of animated fun when it debuts on the streaming service in the U.S. and U.K. on September 2. The show will roll out to Germany, Austria and Japan later this year.

Based on Kate and Jim McMullan’s kids book series of anthropomorphic vehicle adventures (including I Stink! and I’m Dirty!, funnily enough), the animated series follows the good natured yet grimy exploits of best friends Stinky the garbage truck and Dirty the backhoe loader. The Stinky & Dirty Show is written and developed by Guy Toubes (Little Pet Shop, Hi Hi Puffy AmiYumi) and animated by Brown Bag Films in Ireland.

The Stinky & Dirty Show  was part of Amazon’s 2015 kids pilot season, and will launch with nine episodes —  also to be available to download for offline viewing through Amazon. 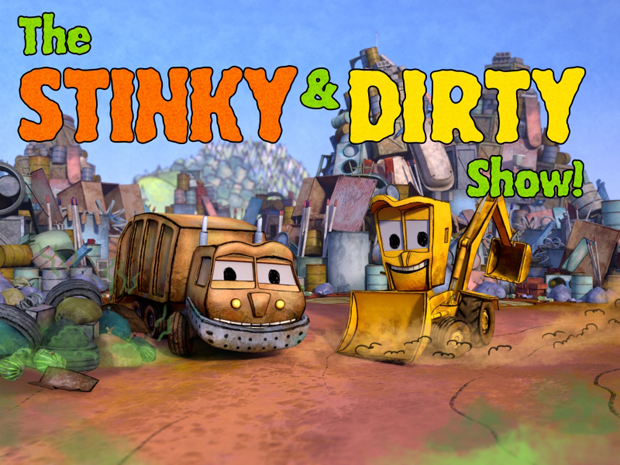