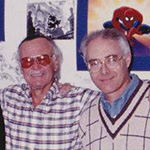 Maybe you haven’t heard, but something called The Amazing Spider-Man 2 is going to be released in theaters in a few weeks. It is certain to contain state-of-the-art visual effects and photorealistic digital animation, which is, of course de rigueur for this kind of film these days. Those of us old enough to remember Spidey’s first appearance in animation, back in the 1960s, know that the concept of “photoreal animation” was for a long time a holy grail in the business, something that was often attempted, but rarely achieved (anyone remember Final Fantasy?).

But nearly 20 years ago, in the fall of 1994, there was another animated rendition of Spider-Man that was, in its own way, as eagerly awaited as is the upcoming feature film: Spider-Man: The Animated Series. It was to become one of the anchors of the then-new Fox Kids Network, and was also one of the earliest animated series on television to have any kind of digital element (remember, this was even before the release of Toy Story).

Back in 1994 I spoke with the series’ supervising producer Bob Richardson, who filled me in on the computerized content, including the facilitation of Spider-Man’s swing. “I mean, he would do it anyway, under conventional animation or otherwise,” Bob told me, adding:

“But 3-D gives you certain kinds of points of view that you normally could not achieve any other way. These are mainly shots inside the city, moving through the streets, building-to-building and so forth. There are a number of applications for 3-D, some of which we’re just exploring as we go along. There have been some elements as holographic images that are being projected in some of the high-tech areas of either the villains’ headquarters, things like that. Some of those things are much better produced by the same people that are doing our 3-D work for us, because it’s much more accurate, it looks better.”

But it was the accuracy part of the series that Bob wanted to stress, more so than the technique. “We are trying to do a highly realistic show,” he said, elaborating:

“I hate to draw comparisons to a live-action show, but we’re trying to create a reality more like NYPD Blue than we are what formerly went for animation in a city area. Since Spider-Man is basically a mythology that takes place in New York, we’re real careful about trying to make a city that looks like New York, and feels like New York. For example, Spider-Man in the past did not by-and-large swing down through the buildings. You had a lot of shots of him above the city, shooting webs up into the clouds. We used to say, ‘Where are those skyhooks he hooks those things into?’ because that was a cheat that they made back then. So what we’re trying to do is create a very effective reality base of a city, so that the contrast with the fantasy of Spider-Man and these amazing villains he fights is all that much more dramatic.”

Sound advice. We’ll soon see if the producers of The Amazing Spider-Man 2 got the memo. 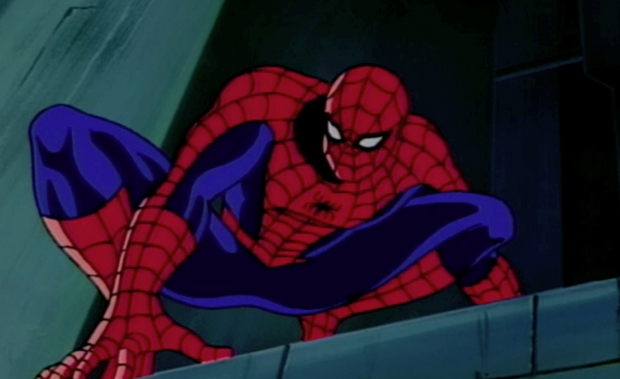