A new adult-targeted animated comedy series is coming to Netflix on December 2, available for subscribers in the US, Canada, UK and Ireland. Created by Australian creative group Working Dog Productions, Pacific Heat will also have an exclusive broadcast premiere in Australia through Foxtel before the end of the year.

Pacific Heat follows the exploits of a dynamic undercover police investigation unit working on the glitzy “Gold Coast” of Australia. This glamorous, sophisticated, sun-drenched paradise masks a hotbed of crime; everyone from drug smugglers and biker gangs to eco-terrorists and the person who invented frozen yogurt. When criminals strike, the Pacific Heat squad — which technically doesn’t exist, no matter what their Facebook page says — goes to work with their unconventional methods.

The series is created by the award-winning Working Dog team: Santo Cilauro, Tom Gleisner and Rob Sitch. Working Dog Productions is the creative force behind series including topical quiz show Have You Been Paying Attention?, sketch comedy The Late Show and workplace comedy Dreamland. 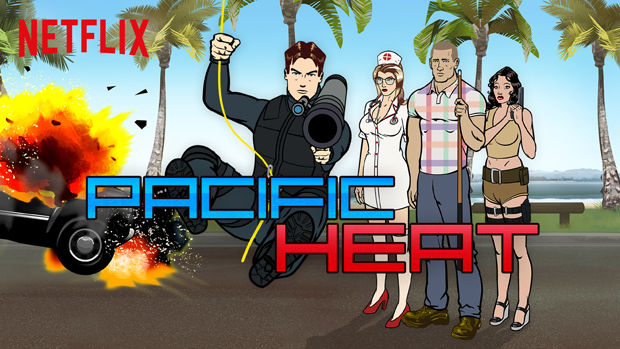