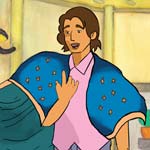 Author, screenwriter and educator Karleen Pendleton Jiménez’s memoir How to Get a Girl Pregnant (published by Tightrope Books in 2011) is being brought to life as an animated web series pilot by indie animation filmmaker Barb Taylor, thanks to the support of the Ontario Media Development Corporation and LIFT (Liaison of Independent Filmmakers of Toronto). The two artists previously worked together on the award-winning animated short Tomboy.

How to Get a Girl Pregnant revolves around Karleen’s lifelong desire to have a baby. But one crucial element was missing in the life of the butch Chicana lesbian: the sperm. Though her challenges and adventures are at times lighthearted, such as when Karleen considers all of the potential options for fertilization — some anonymous, some not — it is a weighty topic, and one that will change her life forever. The candid and humorous book was a finalist for a Lambda Literary Award and was selected for the 2013 Over the Rainbow List by the American Library Association.

The trailer for How to Get a Girl Pregnant is expected to drop by mid-March. Plans are underway to secure funding to finish the series by Fall 2018.

Co-director/scriptwriter Karleen Pendleton Jiménez is the author of Are You a Boy or a Girl? (2000), How to Get a Girl Pregnant (2011) and Tomboys and Other Gender Heroes (2016), and the screenwriter of animated short Tomboy. She recently completed the short film Butch Coyolxauhqui (2016), looking at queer body image, fatphobia, and reclamation. Her short stories and personal essays have been published in numerous anthologies and magazines. Pendleton Jiménez currently teaches at Trent University.

Co-director and animator Barb Taylor has created a number of award winning shorts and innovative digital stories.Tomboy, which explores bullying and gender expression, received the CBC Canadian Reflection Award, Inside Out Up and Coming Artist Award and an Audience Award from Chicago’s Reeling international LGBTQ+ film festival, among others. She is currently completing a hand painted animated short Bobbi & Sheelagh, a portrait of a young woman who overcomes her fears when she meets a mythological creature. Taylor previously created Peaceosaurus in conjunction with the York University Children as Peacemakers program. She was artist in residence at Ireland’s Clones Art Studio in early 2016, and has received the Corus Innovation Award for creating a tween online radio station and a Webby Honoree for her work on the CBC Massey Lectures’ website based on Lawrence Hill’s book Blood the Stuff of Life. 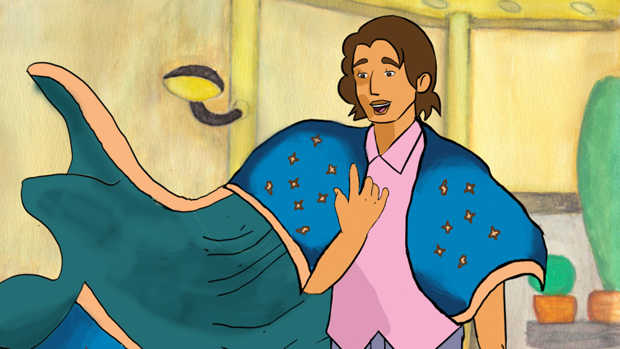 How To Get a Girl Pregnant

How To Get a Girl Pregnant