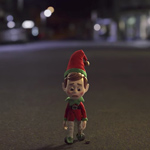 Animation studio Aardman has delivered a festive new film for Australian department store Myer’s, starring its goofy but good-hearted Christmas characters Elf, Reindeer, Mouse and Angel. This marks the third year in a row Aardman has produced a holiday project for the chain. New this year, the holiday crew star in their very own picture book which is brought to life with an AR app.

Titled Elf’s Journey, the adventure begins when Elf becomes fed up with Reindeer, Mouse and Angel not taking Christmas seriously enough, and sets out to find some other decorations who share his dedication. In the end, he realizes that Christmas is best spent with those he loves and returns home. The film is directed by Peter Peake.

In addition to the film, Elf and friends appear in a new storybook The Completely and Utterly, Absolutely Perfect Christmas, which comes to life when viewed through the magical “Elfvision” augmented reality mobile app, available in iTunes and Google Play. Elfvision is also being used to spice up Myer’s seasonal catalogues, gift cards, gift tags, Instagram walls and an in-store AR treasure hunt. The book is available in Myer’s stores and online at myer.com.au.

Michael Scott, Myer’s Executive General Manager, Brand, Marketing & Loyalty said: “We’re excited to share Myer’s story in the lead up to Christmas and to bring back our much-loved Christmas characters. Myer makes shopping such a positive part of Christmas and we’re delighted to bring a host of new initiatives to market as part of this campaign, in particular our first venture into the world of augmented reality.”

“We love Elf because he’s so earnest and all he wants is for Christmas to be perfect — so it’s totally right that it should be his app, ‘Elfvision’, that gives people their own special moments with him and his friends Reindeer, Angel and Mouse. Augmented reality enables them to literally leap from the animation into the store and into the storybook and just enhances that lovely warm Christmas feeling we’re all trying to achieve, engaging kids and their families in an almost instinctive yet delightful and surprising way,” added Heather Wright, Executive Producer & Head of Partner Content at Aardman.

The Christmas characters are also appearing in Myer’s holiday windows for the first time, and feature in a variety of merchandise available in its stores.

Elf’s Journey is produced by Aardman for agency Clemenger BBDO, Ikon was the media agency. 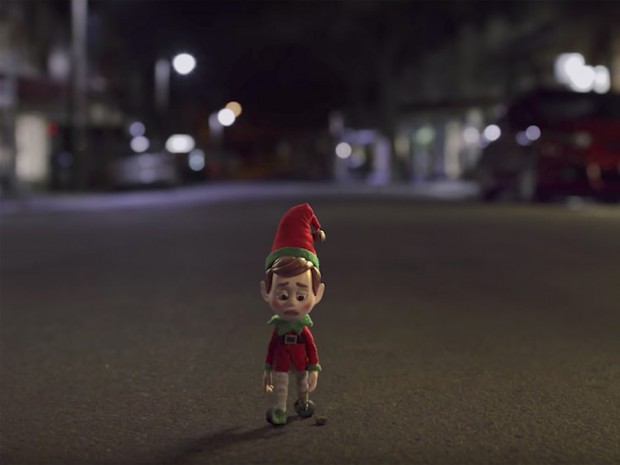