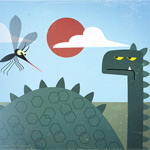 Award-winning studio Aardman has joined forces with global campaign Malaria Must Die So Millions Can Live to raise awareness of the disease’s deadly history, and call for decisive action by world leaders to “unite and fight” the devastating parasite that takes the life of a child every two minutes. To pursue this goal, Aardman has created a new animation voiced by three-time Golden Globe-winning actor Hugh Laurie (House, Veep).

“This wonderful animation by Aardman tells the story of malaria, our oldest and deadliest enemy — an enemy we’re now in a position to defeat, once and for all,” said Laurie. “I am proud to be part of this campaign calling for bold, political action to fight the disease, because it remains one of the biggest killers of children and yet is entirely preventable, and costs less than a cup of tea to treat. We can all make tea, can’t we? I hope everyone who watches this film shares it and supports the Malaria Must Die campaign, so that millions can live.”

Launching on Commonwealth Day, celebrated the second Monday of March each year in the United Kingdom and Commonwealth of Nations, the animation takes viewers through the history of malaria, from the first recorded case on China 4,718 years ago to the current day. The short also highlights the amazing progress that’s been made in the fight to end the disease, while reminding us that half the world’s population is still at risk. Malaria claims 445,000 lives a year, and over half of these deaths occur in Commonwealth countries.

The animation is part of the continued campaign call for leaders meeting at the Commonwealth Heads of Government Meeting (CHOGM) in London, April 2018, to take concerted action. It will be shown today during a Commonwealth Day reception at the Houses of Parliament where Secretary of State for International Development, Penny Mordaunt MP, will speak about the UK’s support for the malaria fight which has played a pivotal role in the phenomenal progress of recent years saving over 7 million lives, cutting deaths by over 60%.

“We know malaria still causes one out of ten child deaths in Africa and costs its economies billions every year. We also know progress on reducing malaria cases has stalled, which is why it is so important it is discussed at this year’s Commonwealth Heads of Government Meeting,” said Mordaunt. “The UK is a leader in the fight against malaria and has been for many years. We are the second largest international funder in the world and invest in treatment, prevention and research, including fighting against the threat of drug resistance.”

Danny Capozzi, Animation Director at Aardman added, “We love making films for charities because it gives us the opportunity to use our creativity in a meaningful way beyond simply entertaining. Storytelling through animation can be a powerful tool in helping people to understand complex or difficult subjects and we felt it was important to take a sensitive approach to recounting the history of malaria. We hope that our film achieves this by communicating a difficult message in an accessible way for the Malaria Must Die campaign and helps in the fight against this terrible disease.

“Being a film about the history of Malaria, we wanted it to have a vintage 8mm projector feel but with a unique graphic style that would capture the audience’s attention. The production of the film was very fluid and organic and we added little gags and funny nuances along the way, becoming richer every day.”

More information about the global campaign at www.malariamustdie.com. 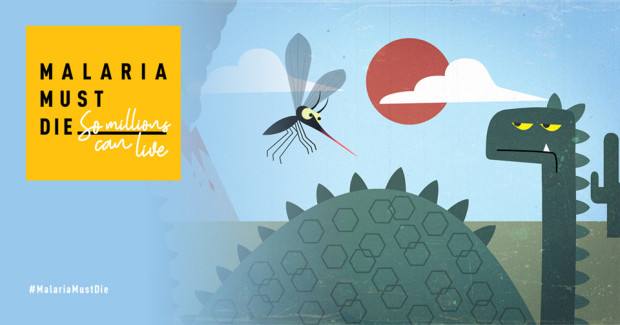 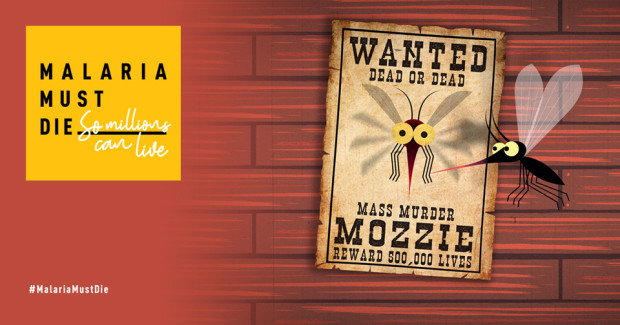 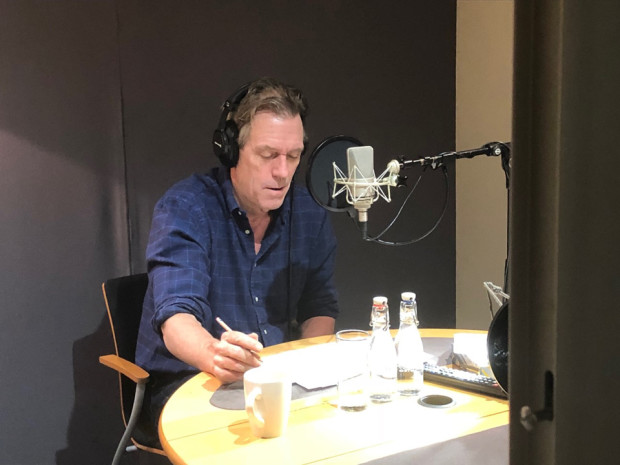