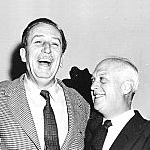 This weekend is the 20th anniversary of the passing of Walter Lantz, creator — or at least producer and sometime director — of Woody Woodpecker, Andy Panda, Chilly Willy and a host of uniquely jazz-infused cartoons of the 1940s.

Despite his pioneer status, Lantz was always considered the lesser of two Walts; more the follower than the innovator. That judgment was fairly easy to see: During the 1940s, he shortened his byline from “Walter” to “Walt,” to ape the more famous Walt; and, in the 1950s, he served as the avuncular host of his own television cartoon show, aping the on-camera familiarity of Walt Disney.

Perhaps the biggest connection between the two was the fact the rights to produce Oswald the Lucky Rabbit cartoons for Universal was transferred from Disney to Lantz, though that business move led to the creation of Mickey Mouse. But despite the many parallels between the two Walts, there were even more differences.

Legendary animation design artist Ed Benedict, a key artistic figure in the early Hanna-Barbera studio, was someone who had the experience of working for both men. Ed began his career at Disney in the 1920s as an assistant to animator Rudy Zamora, but then went over to Lantz’s operation in 1933. Back in 1992, I asked Ed what it was like working for both men. “I liked Walt Lantz, but I didn’t either like or dislike Walt Disney — they were two different balls of wax,” he stated, adding:

“Walt Disney was the head man of a bigger outfit that was in a businessy, corporate instance, kind of a building affair, and he acted accordingly. He was not the boss as much as he was the president of the office, whereas Walt Lantz was one of the guys. Disney was friendly enough with everybody. He was never a mean bastard, or anything like that. There was a big lot across the street at Hyperion [the street on which the first Disney studio was located] and he played baseball and tossed a football around, but [the studio] never had the informal fashion that Lantz had. Disney had a bigger place and a studio that was broken up into different alcoves, with separations in this big room. At Lantz’s, it was one big room with desks lined up along the sides of the room, and the middle of the room was vacant. And Lantz was one of the guys who sat at one of those desks. [Director] Bill Nolan was another of the guys who sat at those desks, and their desks were no damn different than ours, no better position or location. Always just one of the guys.”

While Ed may have remained ambivalent regarding his affection for Disney, he professed the utmost respect for him, in his own unique way:

“The business is the way it is today because Walt Disney made it that way. He gave it that prestige to get it off the dime. I’ve never had anything but respect for that guy. I don’t care how much they talk about him being a fascist or a Nazi, and everything else.” 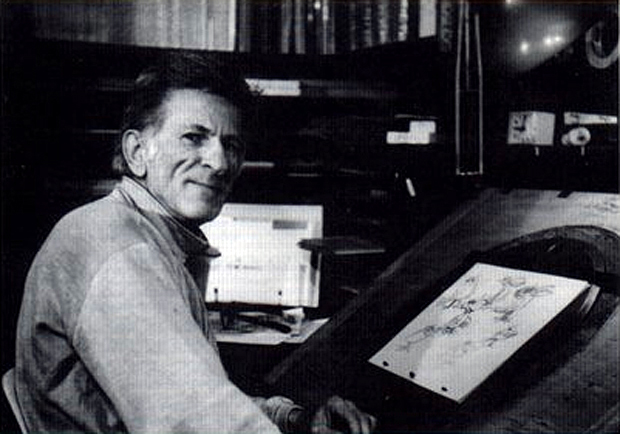