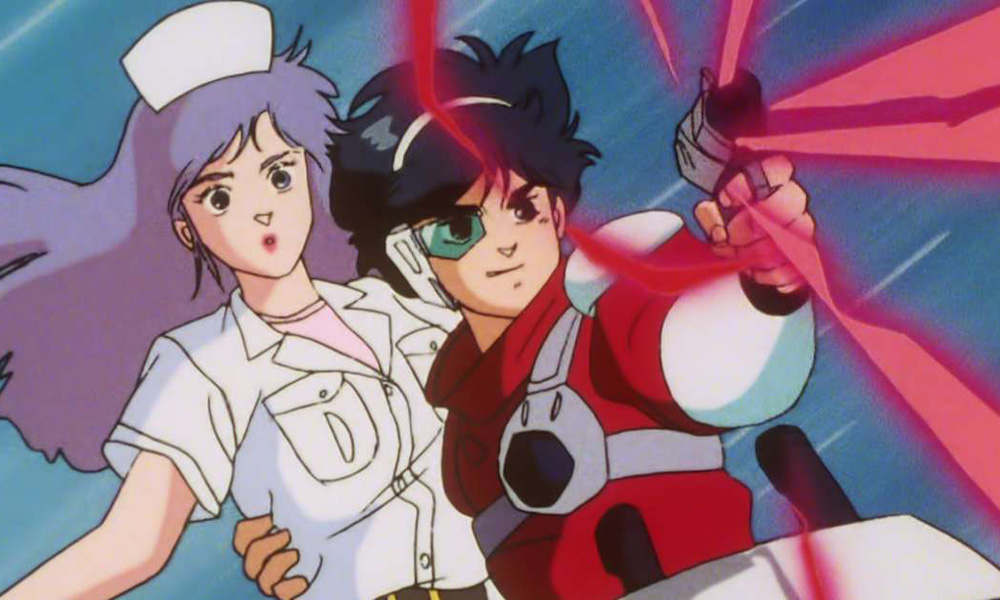 Only five episodes of the sci-fi adventure Zillion (1987) were dubbed into English and broadcast in the U.S., but footage from those episodes was included in the 1995 music video for Michael and Janet Jackson’s “Scream.” This Funimation set marks the first time the entire 31-episode saga has been released in America (in Japanese with English subtitles).

Zillion dates from the same era as the series that were combined into Robotech (Super Dimension Fortress: Macross, 1982; Genesis Climber Mospeada, 1983; Super Dimension Cavalry Southern Cross, 1984), and fans will recognize many similarities, especially the visual style. The Japanese artists were still finding their graphic voice: The characters no longer have the Hanna-Barbera retread look of Speed Racer (1967), but the animators have not yet established what would become the anime style. The mecha designs and the surging rounds of smoke and flame in the explosions look similarly familiar.

In the year 2387, humanity has entered an era of galactic exploration; the most desirable planet is Maris, a sort of second Earth. But possession of Maris is disputed by the nasty alien Nozans. Like the Zentraedi in Robotech, the Nozans are humanoid, but these villains conceal their faces behind blank white masks. The higher-ranking Nozan leaders wear horned headdresses that may remind some viewers of Queen Amidala’s get-ups in the Star Wars prequels.

Like Lucas’ evil Empire, the Nozans seem to command an endless supply of troops and equipment. The Earth settlements on Maris would be crushed by their onslaught if it weren’t for three valiant teenagers who can take on — and take down — any number of Nozan attackers.

In his white jumpsuit and boots, J.J. (Toshihiko Seki) is the bad boy/cute guy — the anime equivalent of a young Rob Lowe. He acts impulsively, putting himself and the mission at risk, although he always comes through in the end. J.J.’s irresponsible behavior infuriates Champ (Kazuhiko Inoue), the uptight, by-the-rule-book leader of the trio. Champ never makes a move without first calculating all its possible outcomes.

Like many anime heroines of this era, navigator Apple (Yuko Mizutani) generally doesn’t have much to do, although she arrives in a nick of time to help in crises. In other translations the threesome’s collective name was rendered as the “White Knights” or “White Naughts,” but in this version, it’s the White Nuts, which frankly lacks gravitas.

The trio charges into battle on vehicles that suggest space-age motorcycles; an updated model introduced in Episode 6 converts into a basic mecha mobile suit that resembles an early Gundam. But the three teens owe most of their success to the Zillion guns, which possess “the power of justice,” i.e. they can reduce a Nozan soldier or weapon to space dust with a single blast. No one knows where the guns came from, how they work or how to make more, so they’re considered “a divine gift.” The vaguely ontological nature of the conflict is reinforced when an officer describes a new high-tech Nozan cannon: “One could truly say the devil built that weapon.”

The final battle, which pits the White Nuts against alien commander Admiss (Toshiko Sawada), takes some weird twists that recall the “New Generation/ Mospeada” storyline in Robotech. Admiss wants to send Nozan eggs to Maris, where they’ll hatch and take over; the White Nuts want to stop her — and avenge the destruction her Nozan troops have caused. The Zillion guns take over and resolve the conflict on their own. It’s a rather lame conclusion to an interplanetary war.

SEGA made two games based on the series, and the company’s early mascot Opa-Opa turned up in the series from time to time. In the 1988 OVA Zillion: Burning Night, the Nozans have been defeated, so the White Nuts take up a new career as pop musicians. Fortunately, the musical numbers are brief, as Apple’s singing is less than memorable. Most of the story focuses on J.J. and Champ rescuing her when she’s kidnapped by a would-be suitor.

Zillion is not a great series, but it’s an interesting example of an earlier, less sophisticated period in Japanese animation. 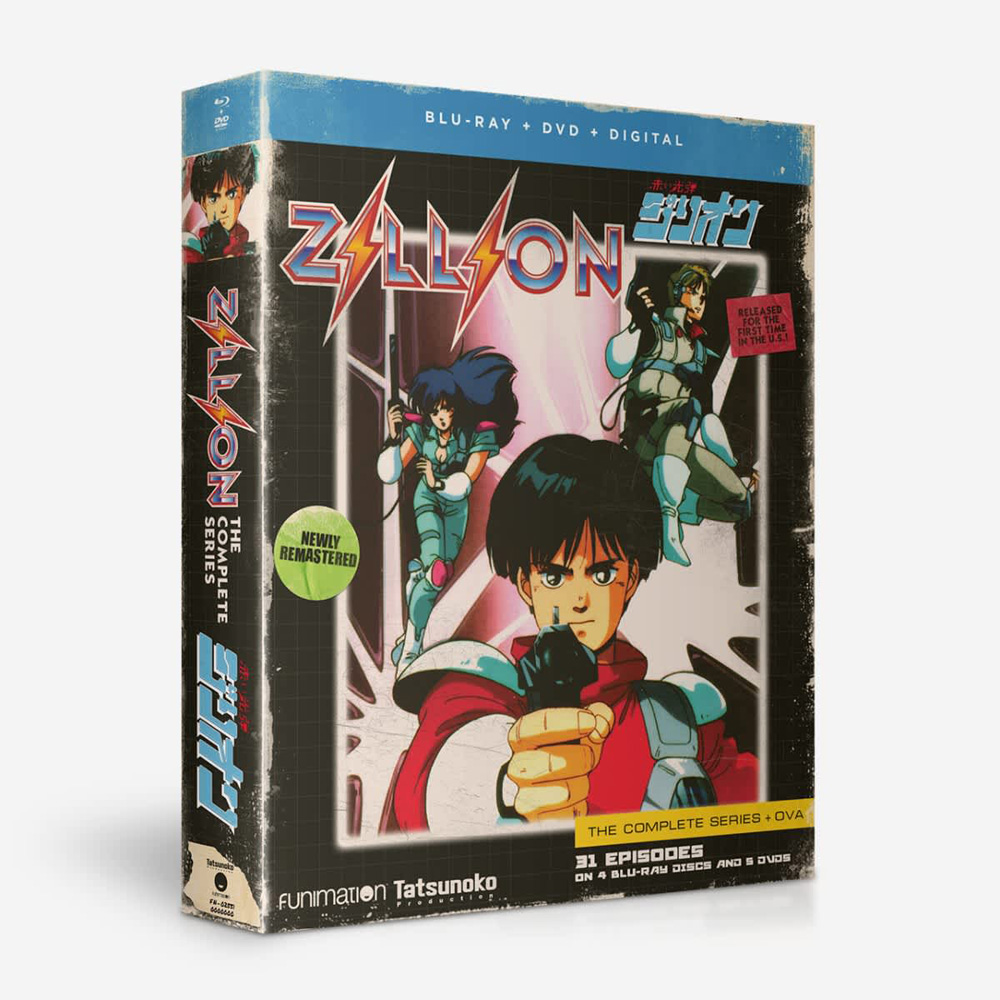 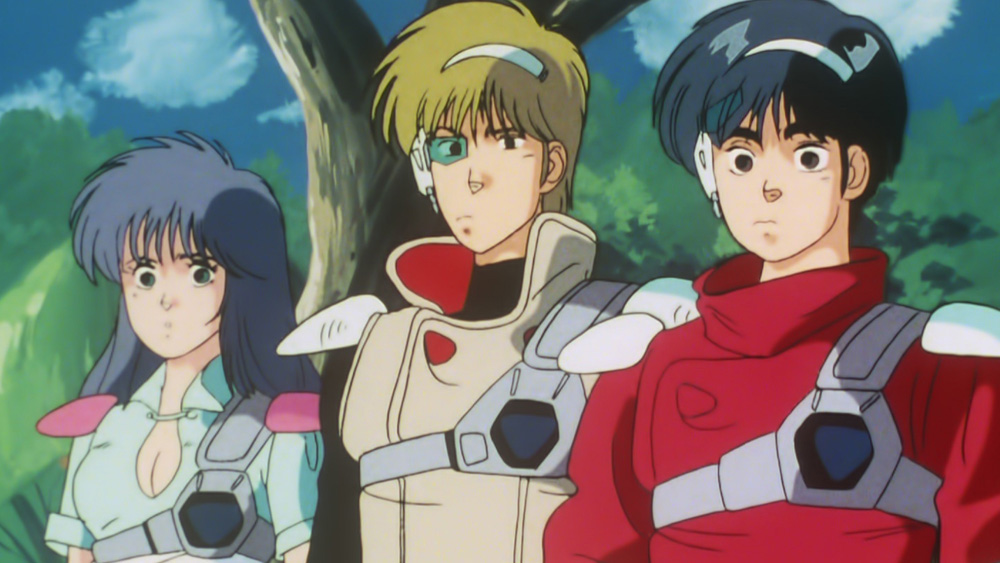 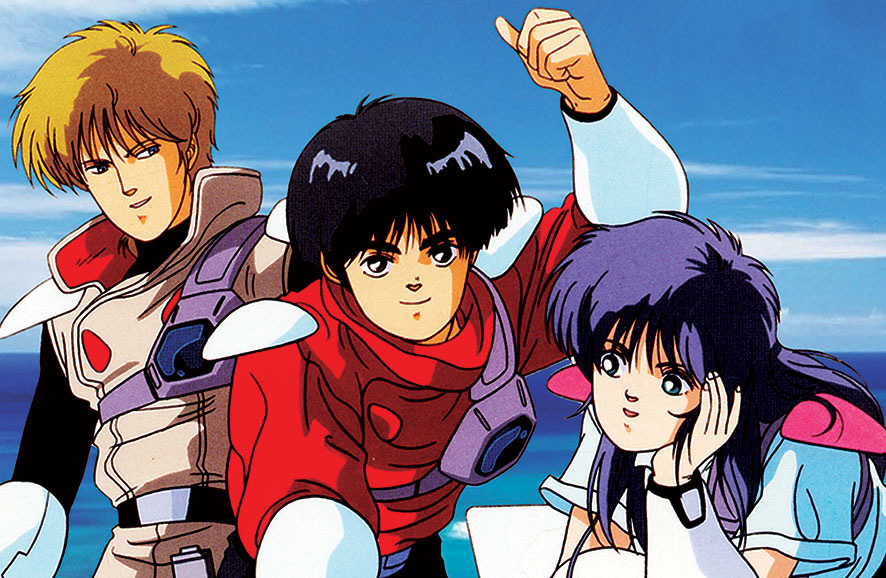