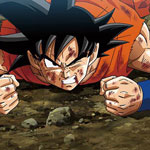 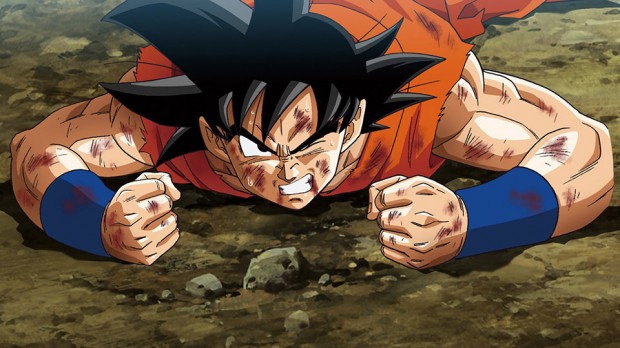 Akira Toriyama’s martial arts comedy-adventure Dragon Ball ranks among the most popular franchises in anime history. It began as a manga in the boys’ magazine Shonen Jump in 1984. Two years later, the first TV adaptation appeared, followed by Dragon Ball Z (1989), and Dragon Ball GT (1996), totaling more than 500 episodes; a fourth series, Dragon Ball Super, debuted in Japan in July. The 15th and latest feature, Dragon Ball Z: Resurrection “F,” has been the top-seller on Amazon’s anime list since its release was announced.

Dragon Ball has sold an astonishing 30 million discs, 45 million games and 240 million books (about half as many as the “Harry Potter” series). Yet there was no new content for 17 years, a surprising gap for the Japanese animation industry.

In 2013, Toriyama delighted fans when he tied his new manga “Jaco the Galactic Patrolman” into the Dragon Ball continuity. The feature Dragon Ball Z: The Battle of the Gods, which also debuted in 2013, sold more than 1 million tickets in six days in Japan — which has about one-tenth as many screens as the United States. Resurrection “F” scored a hit earlier this year, passing Hayao Miyzaki’s The Wind Rises to reach ninth place on the list of theatrical anime releases in America.

In Resurrection, Toriyama (who wrote the script) and director Tadayoshi Yamamuro re-unite the beloved hero Son Goku and his friends with Freeza, the villain DBZ fans love to hate.

For readers over age 40, a little background information may in order. Goku is a “Saiyan” warrior from the planet Vegeta (which Freeza destroyed) who possesses super-human strength. He applies that strength to his furiously intense martial arts training. Goku didn’t even let dying in season six slow him down: He trained in the Next World during much of season seven — before being brought back to life with the magic Dragon Balls.

Over time, Toriyama expanded the cast to include another Saiyan, Vegeta; Goku’s wife, Chichi, and his sons, Gohan and Goten; martial-arts teacher and dirty old man Master Roshi; and an assortment of humans, aliens and human-alien mixes who form the mighty “Z Fighters.” Goku and the Fighters destroyed Freeza, an extremely powerful and nasty alien, in season four.

Sorbet (Jeremy Schwartz), a former lieutenant of Freeza’s, uses the Dragon Balls to resurrect the soul of the long-dead tyrant. As his body was hacked to bits, Sorbet needs the new “regeneration technology” to restore Freeza (Chris Ayres) physically. The reborn Freeza is eager to avenge his demise — and the time he spent in a hilariously ironic hell — on Earth and its inhabitants. Only Goku stands in his way.

But Goku (Sean Schemmel) and Vegeta (Christopher R. Sabat) are in a remote dimension, training with Beerus (Jason Douglas), the feline God of Destruction, and his servant Whis (Ian Sinclair), characters Toriyama introduced in Battle of the Gods. Beerus may be a formidable destructive force, but he has a notorious sweet tooth. Bulma (Monica Rial) uses an elaborate strawberry dessert to summon him and the Super Saiyans before Freeza can destroy the planet.

The Z Fighters and Jaco can dispose of the alien soldiers Freeza brought. But only Goku can take out Freeza himself, although Vegeta insists on trying. In the ensuing duel, Goku ramps up to a staggering level of power, becoming a Super Saiyan God with a turquoise mandala (a feat that drew loud cheers from the audience at the film’s premiere at Anime Expo in July.)

In the best superhero tradition, Goku reduces Freeza to so much annoying dust at the last possible moment, saving his family, friends and the Earth. It’s a typically titanic battle involving blasts of power that blow enemies through solid rock.

Yamamuro wisely limits the CG to Freeza’s space ship, the alien army, the gargantuan explosions, and some complex camera moves the limited budget of the TV series wouldn’t permit. But the main characters are unapologetically hand drawn and two-dimensional, as they should be.

Dragon Ball Z: Resurrection “F” gives fans exactly what they want. The filmmakers scrupulously preserve the characters and relationships that won the fans’ enduring loyalty. Resurrection “F” may not be a great animated feature, but it’s a lot of fun, and the more you like the original series, the more fun it is. u