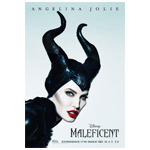 Given all the reporting that has been done on Disney’s Maleficent, the studio’s revisionist take on the former doyenne of animated evil queens, one point seems to have been overlooked: This is only the second time that an animated Disney character has been recreated by an actress for a live-action film.

The first was Cruella de Vil in 1996’s 101 Dalmatians. And although there is no question that the new Maleficent is played by a real person, the sleek, cheekbonally-enhanced Angelina Jolie, it is harder to decide whether the film falls into the category of live action, given its emphasis on digital effects. Fortunately, the studio cast an actress who had previous experience acting against things that would be inserted at a later date.

Back in 2001, I spoke with Jolie, who was then promoting Lara Croft: Tomb Raider, about the challenge creating a performance opposite elements and characters that would be added long after she had wrapped. “We’re actors, we’re always imagining things that aren’t there,” she laughed, adding:

“We’re used to pretending to be terrified of something, even a real person that is trying to kill us, but we know they’re really not. You get used to adjusting your mind to things that aren’t there. But a lot of times, if my character was put into a dangerous situation, she doesn’t care. I can’t imagine what it would be like for (actors) who have to scream and run from some dinosaur that’s not there. I guess that’s hard. But because (Lara Croft) is based on a computer game and personality, people assume that it’s not real, so they expect it to be more computer graphics, but we made a huge effort to make it more real. In the back of our minds we wanted it to be a real world and a real person and real fights and real stunts going on, to make sure we made a point that it wasn’t a video fantasy game. It could easily be this kind of fake world, but we were trying to make a point that it’s a real person in a real world; it’s not a game. I think it’s nice for people to see more of the real things.”

Among the real things in that particular movie were the ruins of Angkor, which had a powerful affect on the actress:

“It’s stranger to actually be standing amongst the ruins of these Asian temples in the middle of Cambodia with this outfit on, running and jumping from place to place, and trying to figure things out and having weapons … the reality of realizing where you are was much stranger than pretending to do something. To really be in the center of 50 monks giving you a blessing was much more shocking and beautiful to me, and I couldn’t believe I was there. I’m kind of used to pretending, so I think it’s the opposite experience. This film was more real than most films I’ve ever done.”

Now that Maleficent has successfully established the trend, Disney is working up a new live action version of Cinderella (told from the point-of-view of the step-sisters, maybe?). 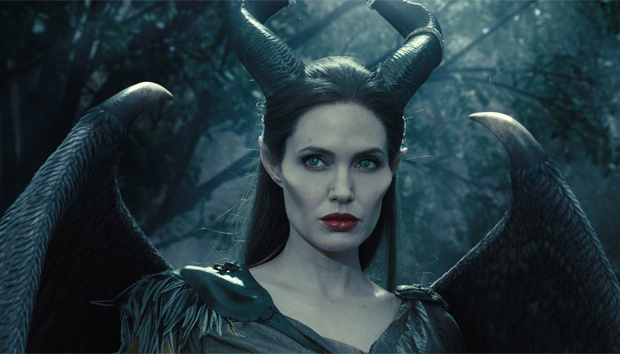