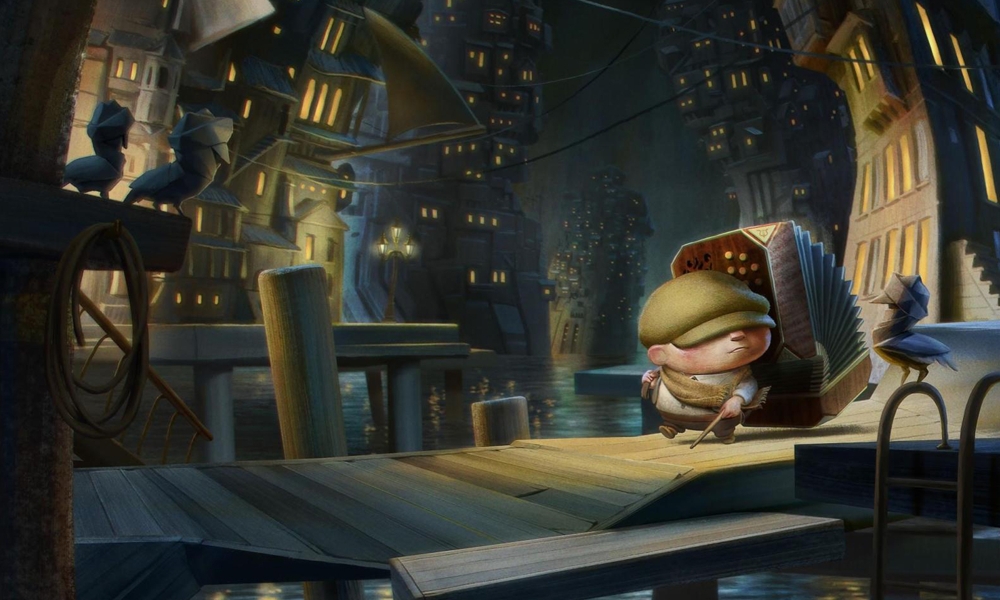 Paper Birds: Part 1 is the story of a young musician named Toto (played by Yates), whose exceptional talent imbues the experience with the soulful sounds of the bandoneon, performed by Argentine tango music legend Juan Jose Mosalini and composed by Cyrille Marchesseau. Unbeknownst to Toto, his music inspires the appearance of a flock of mysterious paper birds, which he’ll discover are the key to unlocking a portal between the physical world and a dark invisible world unseen to the naked eye.

“As the voice of Toto, I’m thrilled that Part 1 of Paper Birds will be released in time for Christmas,” says Yates. “I can’t wait for people to see this incredible animated universe. Hopefully they get the same sense of wonder and delight that I did.”

The 20-minute VR film, which most recently took home the top animation jury prize as one of Raindance Film Festival’s immersive official selections, goes beyond traditional narrative VR by including magical moments of interactivity via virtual reality hand tracking.

“Because Paper Birds is built upon music, we’ve been inspired to use the most cutting-edge new feature of the Oculus Quest — hand tracking — to take audiences inside a world in which they can see, and even paint, with music,” says writer/director Heller, who is also CEO of 3DAR. “We’re inviting users to interact with the story in ways in which your reason to participate isn’t about solving a puzzle or defeating a challenger. We want to bring you deeper inside the story, to create stronger empathy with the characters, using the best of what VR can offer.”

The film also features a tactile world that hopes to push the boundaries of what animation can look like.

“The entire universe of Paper Birds is not only miniaturized but handcrafted to feel like each and every element has been uniquely molded, carved, shaped and painted by artisans, so much so that you want to reach out and touch them,” says Baobab Studios’ head of content, Kane Lee. “It’s a testament to the directors and we’re so proud to have German and Federico as part of our growing family of storytellers with singular visions we get to build wholly original characters and worlds with.”

Paper Birds will have a second and final installment which will be released in 2021, also to be exclusively available on the Oculus platforms.