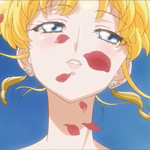 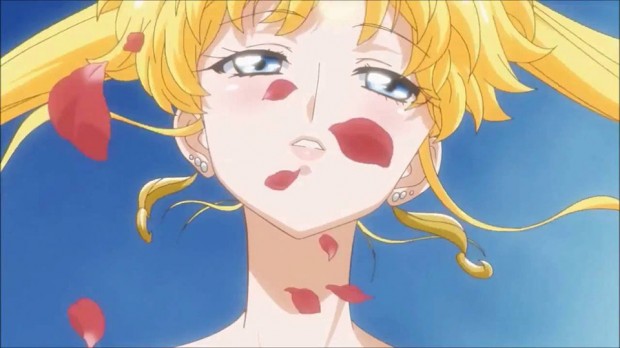 Boy and the Beast

Japan’s animation output is prolific and essential, full of a world’s worth of the most diverse and noteworthy movies and TV shows anywhere on Earth.

Any best-of list will feel arbitrary, but trying to sift through the amount of animation produced in Japan is doubly daunting.

Research suggests there have been more than 4,500 animated features, TV series and OAV’s made there since Osamu Tezuka’s Astro Boy ushered in a new era in 1963. According to some estimates, Japan has produced 60 percent of the world’s animation in many years.

And Japanese TV shows often run for a very long time: The juvenile detective series Case Closed comprises 860 episodes and 21 theatrical features. Eiichiro Oda’s comic pirate adventure One Piece ranks among the most popular franchises of all time: The broadcast series has passed the 750-episode mark, there have been 14 features, and sales of One Piece manga have topped 400 million — about three-quarters as many as Harry Potter.

The only way to limit the list to 30 titles is to treat the greatest directors as individual entries: otherwise, five artists could account for almost all 30 entries. (They are listed at the end of the ranking below, to avoid repetition.)

With four very different but noteworthy features to his credit, Mamoru Hosoda (The Girl Who Leapt Through Time, Summer Wars, Wolf Children, The Boy and the Beast) has established himself as one of the top new directors in Japan.

The dystopian vision of Katsuhiro Otomo (Roujin Z, Memories, Steamboy, Combustible) in Akira played a key role in establishing an audience for anime in America. His beautiful short Combustible deserved an Oscar nomination at least.

A director of singular versatility, Isao Takahata (Grave of the Fireflies, Only Yesterday, Pom Poko, My Neighbors the Yamadas, The Tale of Princess Kaguya) can break an audience’s heart or make them roar with laughter with equal skill.

The omission of some titles from the list will inevitably anger fans; there are many others worthy of inclusion: Trigun, Miss Hokusai, Kids on the Slope, The Prince of Tennis, School Rumble, Gurren Lagann, Azumanga Daioh. No other nation can match the diversity of Japanese animation for diversity: mysteries, science fiction, comedies, dramas, fantasies, period adventures, children’s programs, boys’ show, girls’ shows.

Those caveats aside, here are 30 notable anime titles from the last three decades.

This supernatural adventure-fantasy was one of the big hits of the “oughts.”

A charming magical girl story, in which the title character grows from a timid grade school student to an assured, capable wielder of enchanted cards.

A brilliant teen-age detective trapped in a little boy’s body makes a winning series for mystery fans and younger viewers who are tired of being talked down to.

The intellectual game of cat-and-mouse between arrogant Light Yagami and the mysterious detective known only as “L” makes this macabre fantasy a stand-out.

The sequel to Dragon Ball (1986), DBZ remains one of the most popular shonen (boy’s) series ever created.

This quirky romcom adventure reflects the concern of younger people for the future of Japan after the collapse of the Bubble Economy and the Great East Japan Earthquake.

Based on the manga by Hiromu Arakawa, this moving fantasy-adventure broke the barriers between shonen (boy’s) and shojo (girl’s) entertainment.

The watershed feature that defined cyberpunk, influenced numerous other films and led to a long-running series of spin-offs.

Since its debut in 1979, the giant robots of Yoshiyuki Tomino’s Mobile Suit Gundam series have delighted fans and revolutionized mecha science fiction. Gundam Wing is probably the most popular TV series, but the more understated 08th MS Team (1996) has its admirers.

Anno’s brooding, mysterious sci-fi series ranks among the most influential and widely debated anime series of all time.

This wonderfully goofy comedy-adventure is one of the biggest hits in anime history.

Still a favorite with children in dozens of countries.

The morally challenging dilemma of a repentant former assassin in the turbulent era of the Meiji Restoration offers a depth of character rarely seen in American animation.

Although often silly, Sailor Moon sends a message of female empowerment to girls around the world.

Based on the best-selling manga by Takahiko Inoue, Slam Dunk popularized basketball as a sport in Japan.

The first harem comedy remains as endearingly silly as it was 25 years ago.

A lovely, moving film that’s become the most successful anime feature of all time.

The works of Mamoru Hosoda

The works of Satoshi Kon

The works of Katsuhiro Otomo

The works of Isao Takahata

The works of Hayao Miyazaki