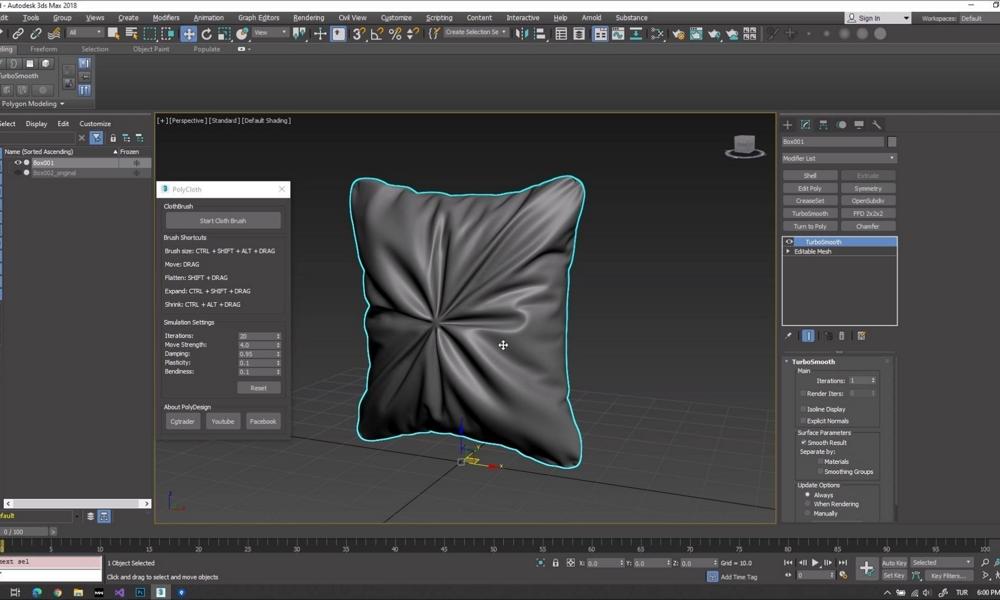 Sometimes, it’s not the big pieces of software that bring me the most joy. Sometimes, it’s simply a little tool that solves a problem and makes life just a little bit easier. PolyCloth ClothBrush is a sweet plugin for Autodesk’s 3ds Max, and it is used to sculpt wrinkles and folds into a surface.

Now, you may be thinking, why do I need that? Max has a cloth simulation. So do Maya, Houdini, Cinema 4D, etc. And if you wanted to get fancy, you could dive into Marvelous Designer. But all those solutions are expensive, and cloth simulations are not necessarily easy to control or learn. In fact, visions of killing a fly with a sledgehammer come to mind.

ClothBrush is an elegant tool that uses physics to calculate the wrinkles and folds as you push, pull and pinch the surface around with your brush. You can also modify the parameters of the cloth like damping, plasticity, bendiness and deformation. It’s really that simple. However, the utility is deep. For architecture projects, sets in virtual production, still sculptures, 3D printing, etc., you don’t need the overhead of a cloth simulation, and you may not want to jump into ZBrush to sculpt in folds. You can pop open ClothBrush, activate the surface and begin pulling it around to get just the right folds. Or, if you are going to do a simulation, you can manipulate the surface to your starting look, or your target look as a guide for the simulation.

The plugin is only 60 bucks, developed by someone out there who saw a problem that needed fixing, and took care of it. So support your 3D artists out there — especially the ones who are delivering value to the community. 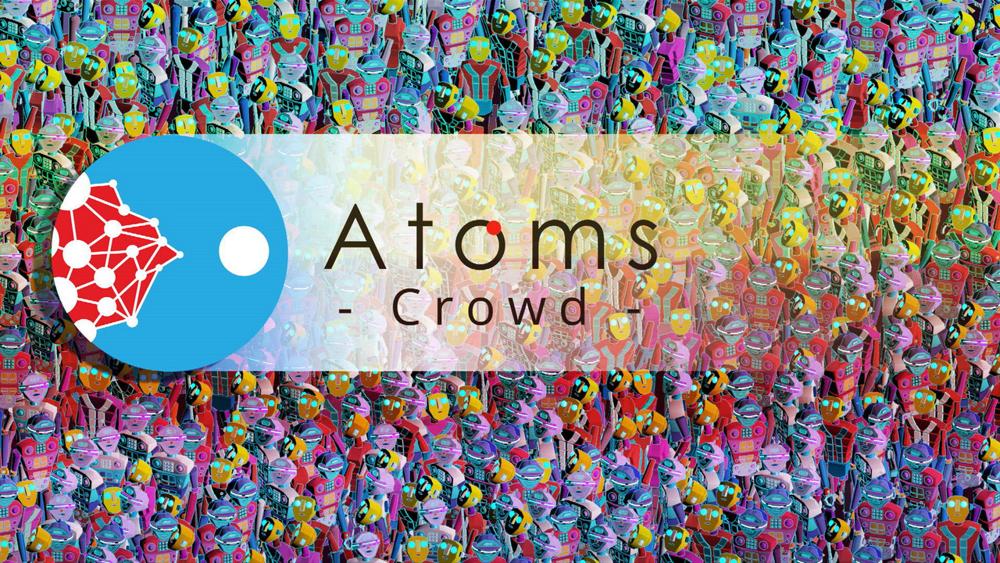 Back a few months ago when I was part of the Unreal Fellowship, I got to try out some stuff that was in beta at the time. One of those was Atoms Crowd, which was almost ready for prime time when I was writing the initial set of Unreal reviews, but needed some time for one more polish.

Atoms Crowd is a stand-alone skeleton-based crowd simulation framework. While it stands alone, it has been integrated into Maya, Houdini, Clarisse, Blender, Katana and Gaffer, and it can be rendered in V-Ray, RenderMan, Arnold and Redshift. You could say that it’s pretty ubiquitous — unless you want to render in Mental Ray or something. Which … why?

It hasn’t been around forever, but it’s been around for a good three or four years and has been picked up by numerous VFX houses including Cinesite. Also, Tool Chefs has been awarded an Epic MegaGrant to continue development of Atoms Realtime — the Atoms Crowd for Unreal.

Creating crowds through Atoms Realtime is pretty straightforward once you go through the process a couple times. It’s faster if you are already familiar with setting up characters and skeletons in UE. It comes with its own set of agents to get started, but that doesn’t mean you can’t set up your characters in Maya or Houdini and port them over.

Since it is skeleton based, and that skeleton can be used over many characters, once you bring them into your level, the Atoms Realtime layout tool provides numerous ways to distribute the crowd members. This includes manually placing them over a grid, within a polygon area, along curved paths, in clusters or simply scattered across a terrain. These agents are driven by animation clips or caches that have been exported out of either Atoms Crowds or Atoms Realtime.

The upside of caches is that you can use them within the Engine without an Atoms license (but, they can’t be modified). These clips are then played via a state engine to tell them when to do which action. Complex terrain is respected, and the agents can look to the gravity vector to determine how to stay upright on slopes. They understand collisions and avoidance. And all of that can be broken and the agents turned into ragdolls if they “die.” Even pieces of agents can be broken off.

All of these variables can be randomized to provide a sense of “chaos.” Agent sizes, orientations, geometry accessories, material colors can have variations. Even clusters of groups can have different agents within them. For those you do have the bravery and smarts to dive deeper into the functionality of the crowds, they are fully customizable and extendable not only through the Blueprint system within UE, but also from C++ and python.

Todd Sheridan Perry is a VFX supervisor and digital artist who has worked on many acclaimed features such as Black Panther, The Christmas Chronicles, The Lord of the Rings and Avengers: Age of Ultron. You can reach him at todd@teaspoonvfx.com.