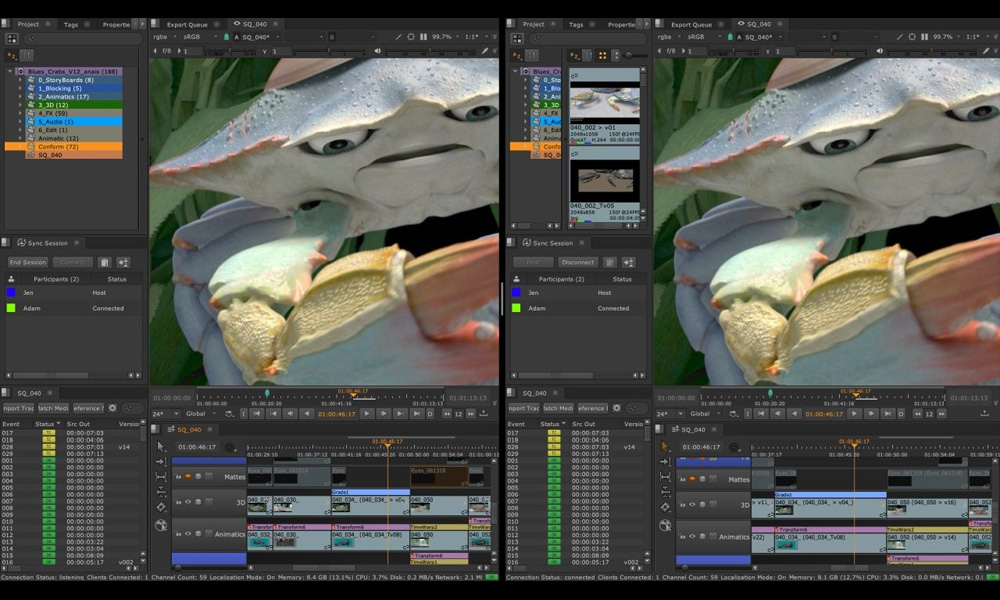 Back in March, Foundry came out with the latest and greatest version of its flagship: Nuke 13 brings some pretty fantastic 3D advances, a couple of powerful display enhancements, some kind of amazing machine learning stuff and, as always, more processing speed.

Taking a cue from its sibling Katana, Nuke is now supporting Hydra in its 3D viewer. This adds a closer representation of 3D elements to how they appear when rendered in the ScanlineRender. It’s great for positioning and visualizing the models in 3D space, but it shines when you get into material and lighting adjustments. Viewing the look in the viewport in near real time speeds up production and feedback dramatically. This corresponds to the USD support that appeared in Nuke 12.2, which is more fully expanded in 13 with the addition of camera, light and axis support in USD files. And all of the USD hooks are open so that studios can plug in their own USD workflows into Nuke.

There are some exceptions to the support, such as custom lights and cameras from other render engines, and currently there is only support for Windows and Linux. By Foundry’s own admission, there is a lot more they want to do with the Hydra viewer — but it’s a heck of a good start.

Nuke has inherited from Nuke Studio external monitor support for those using dedicated monitors. Users can have independent control of the color transforms and adjustments between the internal viewer and the external monitor. Resolution can also be different when working on a project with a higher resolution than the monitor can display, so the monitor will scale down the image. A note to the Mac users who are sad because they can’t use the Hydra viewer yet: You can take advantage of your Apple XDR display and actually comp, and view, in high dynamic range.

For me, the most exciting additions have to do with machine learning for compositing tasks. Nuke 13 has a node called CopyCat to use for footage that you need to modify — warp, paint, color correct or even generate garbage mattes. You make those changes on numerous key frames throughout the sequence, but not all. Then you use these frames to allow CopyCat to compare and learn what the frames should look like. The more information you feed it, the better the results will be. Then, you can create an “Inference,” where others with similar shots can use what was learned to use on their shot. And if it’s not quite good enough, the new shot can be used to provide even more learning material, to solve not only that shot, but resolve the original shot better. Additionally, there are some AI presets that have been included in Nuke 13, including an upscale algorithm and one for removal. This stuff is computationally intense and processed on the GPU, so having an RTX card is a definite plus. And, as a cherry on top, Cryptomattes are now handled natively!

In short, there is a lot of great, amazing stuff in Nuke 13 worth checking out. I’m looking forward to using CopyCat on everything to see how far I can push it. 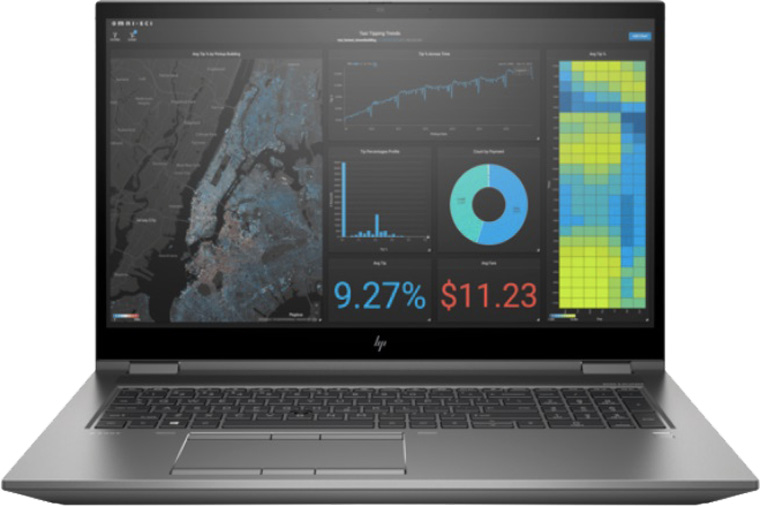 The last time I reviewed an HP ZBook, it was the G6 version with an RTX Quadro card in it, and it was a beast of a machine. This time out, I looked at the 15″ ZBook G7 with a 16GB RTX 5000 — which may not sound like much of a difference, but the size, profile and weight makes a huge difference. The developers have managed to fit more power into a smaller space, which is kind of miraculous.

Part of the size reduction comes from decreasing the top and side bezels around the screen by half, reducing the size of the body without reducing the screen size. The aluminum and magnesium body is now reduced to under 5.5 lbs. Everything is kept pretty cool through a vapor chamber liquid that distributes heat from both the CPU and GPU, and venting out the sides keeps the bottom cool. New BIOS features detect and distribute power depending on what hardware is being used by which apps.

In this thin profile, they still manage to fit an SD card reader, an HDMI port, a MiniDisplay, and two USB-Cs — which can be expanded using a tethered Thunderbolt dock with 230W that can act to power your Fury as well as peripherals, and can double as a mic and speaker for Zoom calls.

The screen is a DreamColor UHD monitor, so with 100% DCI-P3, 600 nits and HDR capabilities, it’s up to spec for any color sensitive projects like photography, compositing, lighting, and color grading.

Out of the box, the Fury 15″ is already spry, but it can be expanded to 128GB of RAM and 10TB of storage — which, quite frankly, is ludicrous speed. Also, accessibility for expansion is all toolless.

Running 4K footage through Premiere Pro and Resolve runs at production-capable speeds, especially with RED footage debayering, accelerated with the RTX card. Arnold and V-Ray render on the GPU at workstation comparable speeds (because it’s all about the graphics card), so processing IPR renders on the fly to get immediate feedback is definitely a thing. The same is true with running real-time engines like Unreal.

I’m viewing these performance specs through the lens of someone who is frequently on set and having to create things on the fly so the directors and cinematographers can make informed decisions. With the combination of size, speed and display, the Fury G7 is optimal for my purposes, but I could see this being great for working from home, or a dorm room, or in a coffee shop. Sitting down with a cup of coffee on an outside patio, a 15″ laptop and a small Wacom tablet to edit the latest dailies sounds like a great morning. As a bonus, the plastic components come from recycled sources as well as reducing greenhouse gases in its processing, and protecting their peeps in a safe environment. So, you get a good product and you can be environmentally conscious at the same time.

Todd Sheridan Perry is an award-winning VFX supervisor and digital artist whose credits include Black Panther, Avengers: Age of Ultron and The Christmas Chronicles. You can reach him a todd@teaspoonvfx.com.

First Look: The Mesoamerican Magic of ‘Maya and the Three’
Stuff We Love: Little Rays of Sunshine for Your June Shopping List