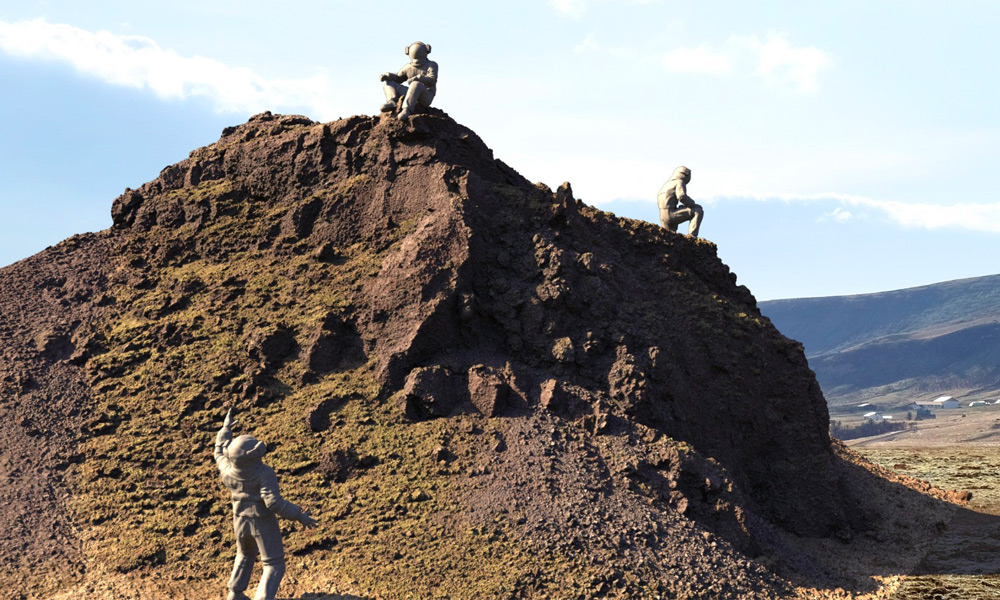 Last year, Chaos Group announced its development of V-Ray for Unreal. This year, after a brief Beta period, they made it happen. I admit that at first, I wasn’t able to wrap my head around this new development. This is primarily because of my lack of experience with the Unreal Engine at the time, as opposed to any shortcoming in the V-Ray workflow or the software. But now I have seen the light: Having V-Ray inside UE as a renderer isn’t really the point of the whole thing. In my view, having the frame buffer is more of a check to make sure the look you are getting in your 3D software of choice (3ds Max/Maya/Rhino/SketchUp) is translating when in UE. The rest of the benefit comes from baking the V-Ray results into the UVs themselves so that you can take advantage of the photoreal quality in real time.

The workflow is straight-forward. Prep your scene outside of UE, making sure that your UVs are setup for all your objects (this’ll be important when baking happens). The V-Ray shaders will port over, but it’s best to keep things pretty simple. You export out to a .vrscene, and then import into UE. From there you can make frame shots or animation renders like you would normally — utilizing the power of the CPU+GPU hybrid rendering. You can also bake the shaders and textures into the scene, taking advantage of the ray tracing and GI calculations, but with instant feedback in the game engine for walkthroughs or VR.

This is definitely going to benefit the archViz, manufacturing and automotive industries, where you are presenting products that don’t yet exist, but will exist. So you want the experience of being in those spaces or walking around those caurs. But in the same vein, I can see this as a pre-production tool for filmmakers. This allows you to place cameras and lighting and setup shots — dynamically, without the overhead of a huge 3D package. This allows a director and cinematographer to sit down together and create. Or crazier yet, they could be in VR together, powered by the UE engine, standing in a set that has been created by the production designer in SketchUp. This is all very exciting, especially when you consider the real-time ray tracing that hardware like the NVidia RTX cards are going to bring. It’ll be a whole new world.

Of course, the product isn’t fully formed yet, and Chaos Group acknowledges this. There are still some things to hit in the near future: rendering Unreal Materials, support for Allegorithmic Substance, rendering in the UE viewport (rather than the VFB), animated UE foliage (V-Ray works with static foliage currently), and continued advances in the light baking. These are all critical features that users have been suggesting. However, the product is still pretty darn powerful without these features in its maiden voyage.

I’m not sure that the price point of $80 per month without render nodes is going to sit with a demographic that is used to having Unreal Engine for free. But time will tell, and the market will dictate how that structure will stand or change. 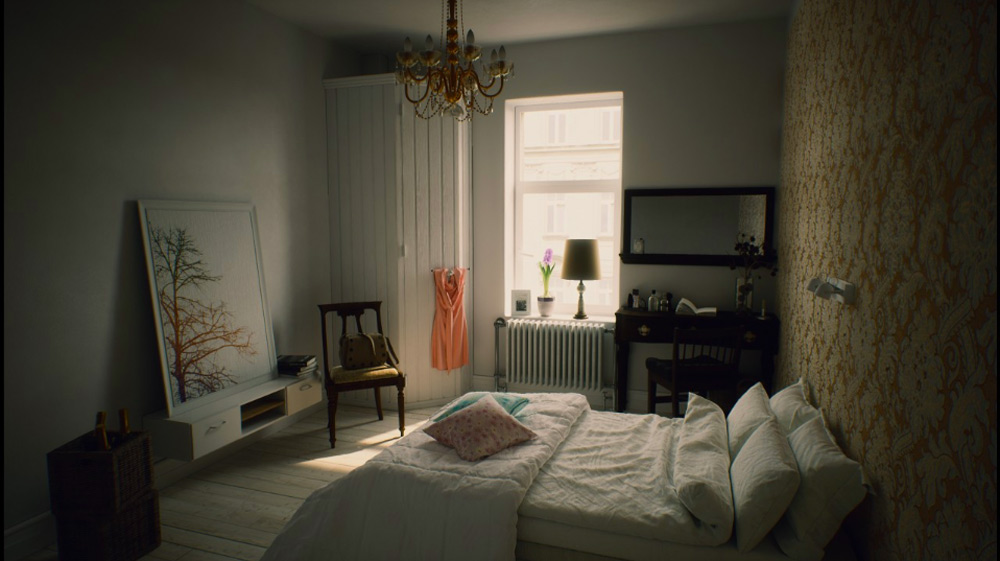 Photorealistic room created with V-Ray to UE4 by Aria Sebti

A few months ago, I did a write-up on Ziva. As a simple recap, Ziva VFX is a rigging system within Maya that provides physics to character (and non-character) rigging systems, allowing for muscle flew, skin jiggle, tissue movement, etc. Recently, Ziva VFX 1.5 was released, which ups the game for what was already award-winning technology.

Ziva VFX already provided all the internal goodness of a rig. With the latest version, external forces can affect those systems. If your character is in wind, things can flap and ripple. In water, the tissues will sway. And it even works with magnetic fields!

Pressure and surface tension tools can form-fit digital fat cells around skeletal and muscular systems. This keeps the dynamics of that sub-cutaneous movement as well as skin sliding, but lightens the calculation load by removing an extra layer of fascia simulation.

Muscles and tissue now can be adjusted within the character without having to go back to the modeling department. Muscle growth increases the muscle definition, while “rest scale for tissue” scales the volume of the tissues uniformly. All the while, the initial work for setting up fibers and connections are retained. This is great for character adjustments on a whole, but what’s even cooler is that they can happen over time. A character can Hulk-out or just show a dynamic change in physiology, as is helpful in medical visualization.

Ziva VFX 1.5 comes on the tail of 1.4 with updated algorithms for the secondary dynamics, giving users further control to finesse. This is generally the M.O. for Ziva VFX, where a release with a bunch of things will come out, followed not too long after with an update that refines those features.

As a supervisor/artist who is, by all admission, not a rigger, I find Ziva to be an amazing tool for getting characters up and running and looking good. For artists who are riggers, I can only imagine that getting the fundamentals out of the way quickly provides more time to finesse the rigs and add more complexity. Either way, if you are within with characters, Ziva VFX is a powerful and efficient tool in your toolbox — whether you are one guy, or if you have a fleet of experienced riggers. It moves a lot of the hard work to a procedural workflow so the artists can focus on the “art”. I’m just waiting for how the technology will use deep learning to make it even better. 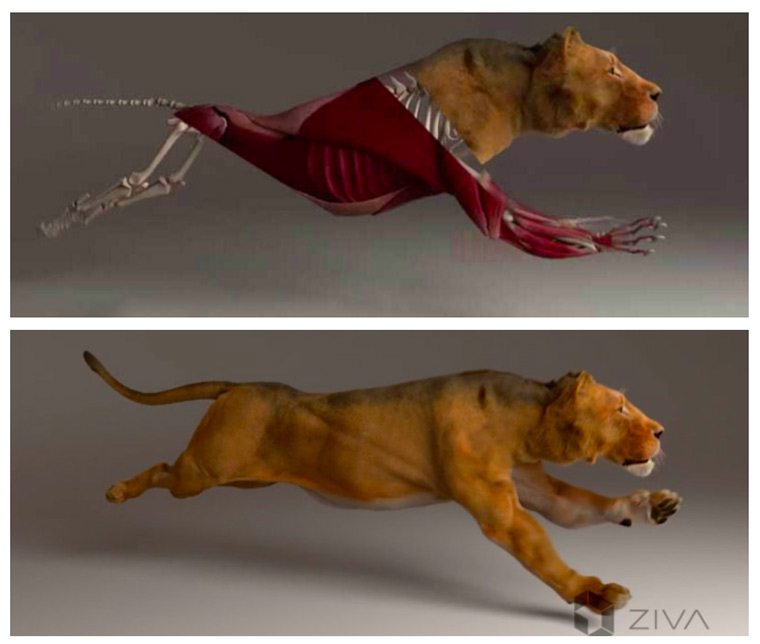 The media and entertainment industry has always had a need for stock photography and footage, music tracks and prop houses. That is partly because we don’t always have the time, money or know-how to do things. Fortunately, a whole world of prefabbed material is out there to purchase. Models and textures were the first to be commercialized because they were portable. Now we have motion design templates, Houdini FX setups, FumeFX setups, drone footage, etc. When you start putting technologies together, you get brand new types of products. One site that addresses those needs is TheTerrainDomain.com.

The Terrain Domain is a collection of geographical structures that have been derived from photogrammetry using drones and high resolution photography. The geo topology is clean quads, kept to under 300K polys. Textures are available in 8K and 16K flavors and include the color, specular, bump, displacement and normal maps.

What makes this site so special? For one, the guys behind Terrain Domain, Zach Mandt and Nick Hiatt, have over 30 years of experience creating matte paintings and environments for nearly 50 films with numerous visual effects facilities including Digital Domain, Sony Pictures Imageworks, RodeoFX and Rhythm & Hues. They have a good feeling for what kind of assets are useful and how they should be built.

In addition, on his time off, Zach is an avid off-roader, which takes him to remote, far-away places. He travels to near and far mountains and deserts — from the dormant volcanic structures around the Salton Sea to the craggy cliffs in Iceland. So the models on the site are not always going to be the typical, easily accessible structures.

Zach and Nick have taken their experience creating environments, the passion for the planet, and dovetailed it with photogrammetry techniques combining multiple sources to get the highest-fidelity models, built in a way that they would want it to be handed to them to work with.

The prices are reasonable, tiered for the single freelance guy, the small studio, and the large studio. The models aren’t built to stand-up to ultra-closeup shots, but for mid- and far-distant shots. The bottom line is they are more than perfect.