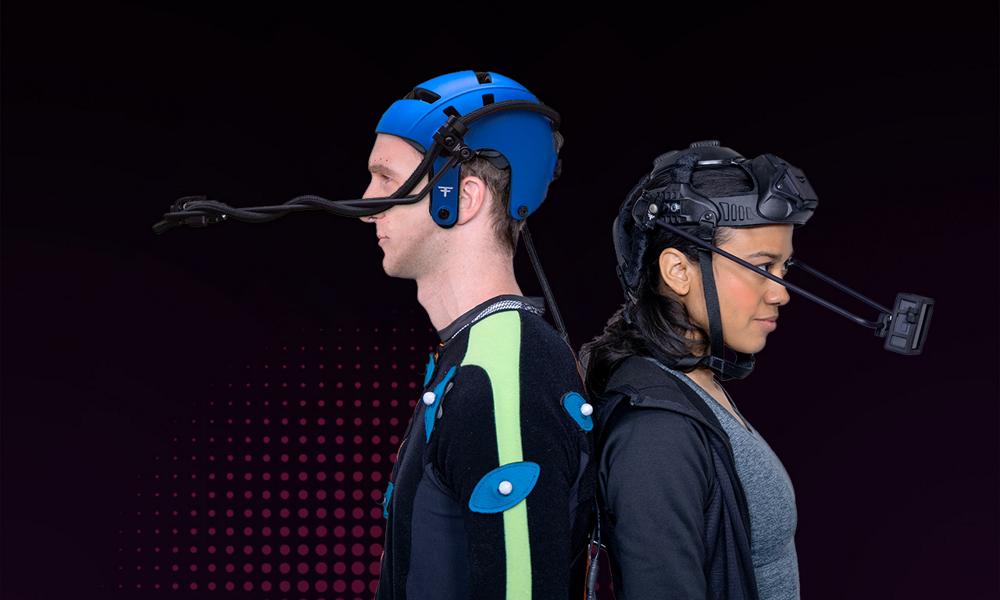 Austin-based Faceware (formerly known as Image Metrics) has established itself firmly in the niche market of facial motion capture and is currently being used by over 1,700 studios around the world. The company’s latest product is the Mark IV Wireless Headcam System. While the Faceware software can use different helmet systems, including an Indie version that uses GoPros as well as data from webcams, the Mark IV is designed specifically for the highest fidelity data.This molded helmet (in various sizes) comes with additional padding to make for the tightest, yet most comfortable fit for your talent. An additional chinstrap is there for actions that may be a bit more physical — such as when you are capturing motion-capture data as well as the facial performance. A bar is firmly attached to the helmet, and an HD camera affixes to the bar. All this ensures a locked, and almost distortion-free image of the performer’s face.

The power and signal for the camera travels around the bar, behind the helmet and down the back to a utility belt that keeps the performer untethered to the recording system. A five-hour battery can be quickly swapped in and out, which powers the camera, the face-light on the camera and the Teradek transmitter that sends the camera footage to the accompanying receiver. The signal feeds through an AJA hub, that spits the signal into a USB which feeds the Faceware Studio or Shepherd software, as well as a video signal via BNC that goes to a monitor as well as the AJA Ki Pro Rack, which records all of the data coming in. The data the AJA records isn’t limited to the face and can be compounded with mo-cap systems like Xsens suits, or Vicon and OptiTrack volumes — and let’s not forget the glove systems like Manus. All of that data is captured via the Faceware Shepherd software.

The may sound like a lot of hardware, but the manual, illustrated in a quasi-comic-book style, is clear, specific and spot-on. I had no trouble navigating the setup and I didn’t have to call for support even once.

The second component to the system is the tracking, analyzing and retargeting software — which is found in Faceware Studio (the Mark IV also works with Faceware’s standalone software, Analyzer and Retargeter). The signal comes in from the camera, you run it through calibrations and you are good to go. However, 90% of the time you aren’t driving a 3D model of your talent: Often, they have transformed into a Na’vi warrior, or an elf, or a talking flower or something! Faceware has a slew of sliders to make adjustments for how subtle or exaggerated facial moves will be remapped to the character.

Under the hood, Faceware Studio is using what it has learned through deep learning algorithms to refine the solve — specifically around how the jaw moves. Through data derived from a sample set of 3,000,000 images submitted from participating clients, and another 40,000 hand annotated images, the system was learning how that movement is supposed to work. And now, in real time, it evaluated and initialized the solve for each frame to get the best result. The results are cleaner when used in conjunction with the Mark IV helmet, but it also works to get great solves from a webcam: It just has to work hard since your face isn’t locked.

The system isn’t cheap, as you can imagine. (Quoting the lawyer from Jurassic Park: “Is it heavy? Then it’s probably expensive!”) However, there are plenty of different tiers and points of entry if you want to start playing with the technology and build your way up. This includes using less robust systems than the Mark IV, like the Indie Headcam for GoPro or the webcam. And there are options for renting systems so you aren’t having to buy it outright. But with virtual production becoming more and more of a thing, knowledge and experience in this realm would definitely be considered a plus. 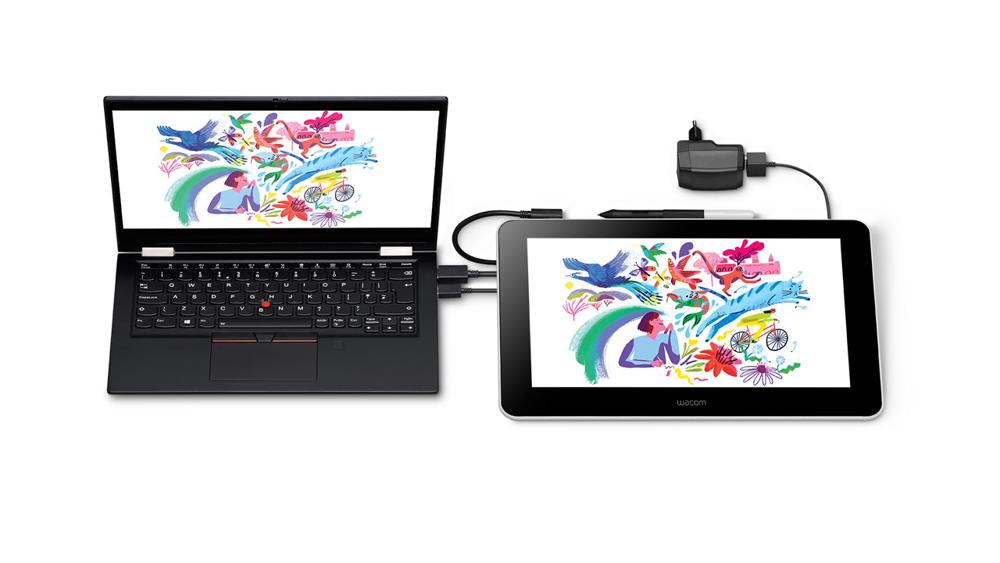 Earlier this year, the Wacom One tablet hit the market as an answer to an entry-level, beginner display tablet for those artists who are just getting started or users who don’t need the robust features of the Cintiq line. With each iteration, Wacom refines the look and feel of the tablets to not only provide just what is needed, but wrap it in a container that’s comfortable.

The housing holds a 13.3” screen plus a bezel, both coated with an anti-glare surface which makes the drawing surface feel contiguous, even if you end up drawing beyond the screen. The white casing is one mold, with rubber feet as well as two legs with a rubber coating that pop out to give you a 19° tilt (perhaps a little shallow for some). Extra nibs and the nib removal tool is hidden behind the recess for one of the legs. There is one USB-C input on the device, with all the other cables (AC, USB 3.0,and HDMI) going into a compact breakout box, which reduces the number of individual cables to keep track of and to plug into the tablet.

The pen runs along the same principles as other Wacom pens: wireless, battery-less and 8,196 levels of pressure. But the primary difference being that it only has two clicks: the tip and the side button. There is no rocker button on the side, which will be a problem if you are running anything that requires a three-button mouse (ZBrush, Maya, Mari, etc.) And the tablet doesn’t appear to be compatible with the Wacom Pro Pen 2, although there are other manufactures that make compatible pens (Staedtler, Mitsubishi, Samsung, to name a few). That said, the pen (which has a  4096 resolution) should be fine for most applications.

The resolution is 1920 x 1080 and the color reaches 72% of NTSC. So, in comparison to the Cintiqs, you will be sacrificing some resolution and some color fidelity. However, if you are just looking for something to get into the digital art game, you probably won’t be delivering color-sensitive projects.

What is really fascinating about the Wacom One is that it works with Galaxy and Huawei Android devices. With a little converter box (sold separately), you can use your tablet to interface with the Android, removing the need to haul around a laptop with you as well as the Wacom. You really have a chance to, literally, go mobile. This is a great feature for students taking notes in class, or even wandering about making quick life drawing studies.

At $399.95, you are flying pretty far below even the next level up on the Cintiqs. The fabrication isn’t quite as robust, and the tech specs aren’t as high. But it’s lightweight, responsive, and will do the job.