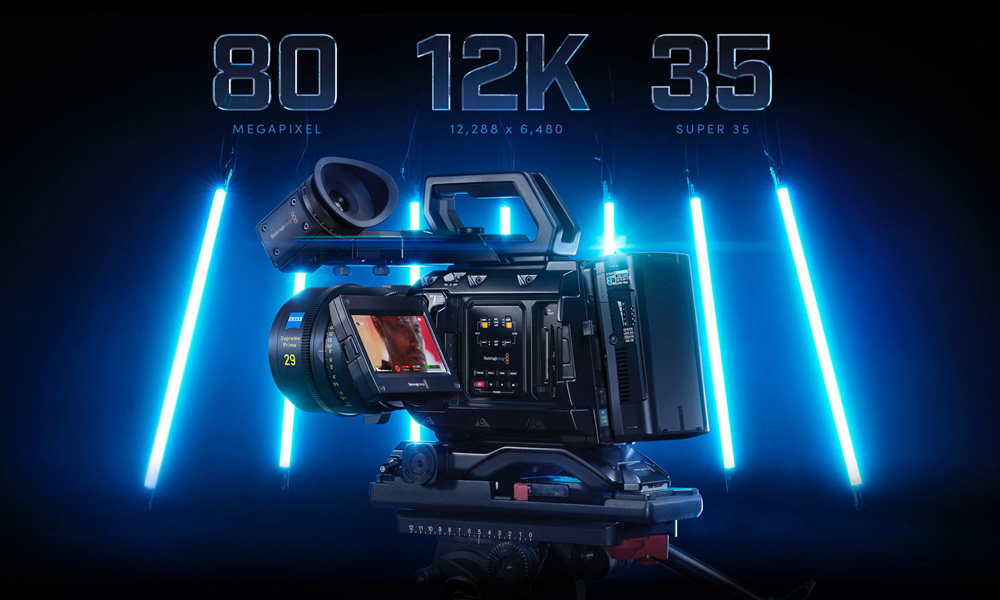 Blackmagic Design’s URSA Mini Pro
Digital cameras continue to improve in terms of light response as well as their frame resolution. (Of course, there is still a debate going on about how much we’re really gaining as we get higher and higher resolutions.) The latest from Blackmagic Design is the URSA Mini Pro, which has a small, but dense, body size and a massive 12K resolution, with 14-stops of exposure fit into an 80 megapixel, 35mm-sized film back. You have a choice of shooting from 24 frames per second up to 240 (at 4K and a 16mm crop on the sensor). The lens mount comes in EF or PL flavors, so you have flexibility in the choice of cinema lenses. You can also get a V-mount bracket for your standard battery packs.

Along with high frame rates and deep color comes a lot of data. To accommodate this massive dataflow, there are dual card ports — either CFast or UHS-II SD cards that can act in tandem to write in Blackmagic RAW up to 900MB/s for the CFast or 500MB/s on the SDs. However, when you need even more storage, there is a USB-C expansion port that can feed an external flash storage mounted to the back of the camera as an accessory.

Something I found interesting with the Blackmagic proprietary sensor is that you can shoot at different resolutions, using the entire sensor. Why is this important? On other cameras, shooting at lower resolutions means cropping on the sensor — because you don’t need as many pixels. This is all well and good, except that doing that changes the perceived field of view (FOV) of the camera. So a 21mm lens could become a 28mm or a 32mm, depending on how much smaller the resolution is. You are essentially zooming into the picture, and you aren’t utilizing the full capacity of the glass. For VFX people, suddenly someone saying they were using a 21mm lens doesn’t exactly mean that, and we have to do some conversions before we can track the shot to make our CG fit. With the Blackmagic URSA Mini Pro 12K, you can shoot 12K, 8K or 4K without altering the physics of the lens — a 21mm lens will always be a 21mm lens.

Now, while we are on lenses and the aforementioned debate on high resolutions, shooting at 12K does have benefits for VFX beyond pulling a nice clean matte on greenscreens. This has to do with tracking CG into extremely close up shots. The problem is that when you are very close, you don’t have anything to track to. With 12K (and mastering at 4K or less), you can shoot much wider, with the intention of cropping in for the close up — without losing resolution. This could provide much more information that would be outside of the final shot but utilized by the tracking artist. This also means a potentially impossible shot could actually be achievable.

The Blackmagic URSA Mini Pro 12K is definitely a capable camera for cinematographers, but for shooting VFX elements and plates, the resolution, frame rates and flexibility stemming from those, it is invaluable. 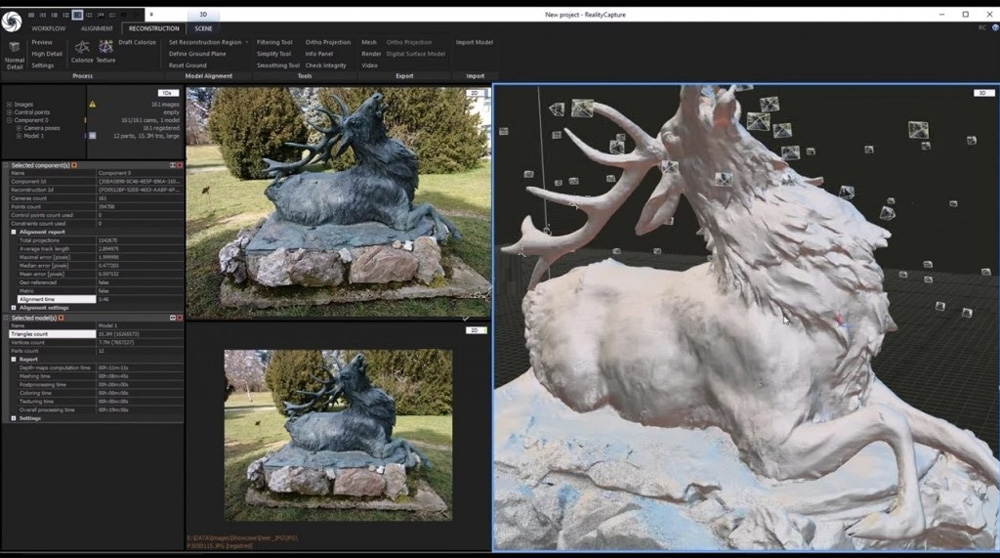 RealityCapture 1.2 Tarasque
Photogrammetry, the science of obtaining info about physical objects and environments by recording, measuring and interpreting photographic images and patterns of electromagnetic radiant imagery, has become an important part of the visual effects industry. Sometimes we don’t have time or money for fancy LiDAR scanners on our productions, and photogrammetry has filled that market for us. RealityCapture has gained a foothold in that space. In fact, this technology has been around for some years, but as I go from show to show and studio to studio, it has become apparent that it is now the software of choice. Most recently, when Epic Games acquired RealityCapture, it incorporated it into the ecosystem of game development, visual effects and virtual production. This means more resources for the developers at Capturing Reality to make great software even better.

The RealityCapture 1.2 Tarasque version was just released last month with a number of features and highlights — some of them may seem a little outside the field of 3D for VFX and gaming, but you would be surprised at how some of the least sexy tools are the most useful. We are talking about things like being able to calculate volumes and areas over arbitrary shapes, viewing height profiles, calculating and exporting contour lines and cross sections and enabling slope shading on terrains. These might sound rather blah, but when you are building terrains, which is a huge part of Unreal game development and virtual production, these tools begin to be surprisingly important. The applications are even more important for other industries like civil engineering and land development.

Under the hood, things have been optimized for faster calculations — more specifically for depth maps, and on the dashboard the UI has been updated. The ribbon motif has been something I’ve been getting used to, but in my opinion, RealityCapture has the most straightforward approach. The latest version has an updated UI that doesn’t break the previous one, and hones in on functionality by changing the ribbon based on the context of your active window — 2D, 3D, Help, etc. It’s a step-by-step walkthrough of the calculation process, but it’s not a black box — you can dive deep in each step to refine and troubleshoot. Also, some new troubleshooting tools are detecting misaligned cameras, visually seeing camera position uncertainties, controlling LODs.

Then there is the licensing approach (which may or may not change under Epic). Currently, you can download RealityCapture and use it for free. All you have to do is log in to your Epic Games account (also free), and you can bring in data (photos, point clouds, map data, etc.) and process the model. It’s only once you have a model that you like that you pay for the export, and this is based on the number of input sources you are using (PPI: Pay Per Input). So, depending on how many images you have, or how dense a point cloud is, you may be looking at $10 to $20 per model. But, if you are processing tons of models every day, you still have the option for a perpetual license, which runs $3,750.

I have to say I love the software, and I enjoy the versatility of the licensing that should work for both small and large studios alike.