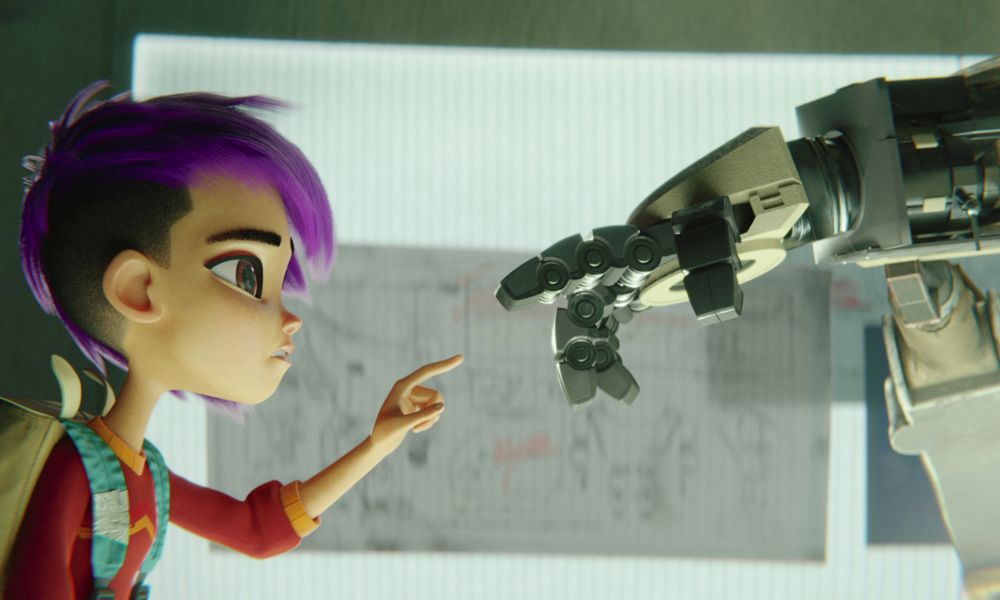 With multiple Annie Award nominations for its work on Next Gen, Tangent Animation has emerged as a rising star. Tangent’s leadership attributes the company’s success to top talent and industry-leading production tools, but also to its use of innovative approaches to driving down production costs, including its use of open source software and cloud technologies.

“When working on Next Gen, we saved $500,000 in licensing fees by using Blender,” said Ken Zorniak, Tangent’s president and CEO, adding that the company was able to invest the savings in software development and in their artists to increase show quality. “And by rendering on Amazon Web Services (AWS) instead of our on-premises services, we quadrupled our capacity — completing 3.5 million hours in just two months.”

The success of rendering on AWS sparked another idea. Why not also move artists’ workstations to AWS?

“Virtual workstations would enable us to avoid the costs of replacing 150 physical workstations nearing end of life,” said Jeff Bell, Tangent’s vice president and COO. What’s more, enabling artists to connect to a virtual workstation from anywhere would make it simpler to work with top talent in any location.

It’s a strategy increasingly used by studios to take advantage of tax incentives and reduce the financial impact of locations in high-rent markets. Jellyfish Pictures, for example, recently opened a location in Sheffield, well away from its London base.

Shifting production to the cloud can also offer advantages in space and energy costs. By locating servers offsite, DNEG was able to save the extra space and costs for power system upgrades that would have been required for its temporary and permanent studios in Montreal.

“We chose Cloud Access Software because it keeps content securely in AWS — never on endpoints — is easy to deploy, and delivers an excellent artist experience with Blender, Houdini and 2D applications like Adobe Photoshop and Substance Designer,” said Bell.

The Teradici solution works with Linux as well as Windows applications, giving post-production and animation studios like Tangent the flexibility to choose the best application for the task regardless of the required operating system.

To test the software, two artists at Tangent used it to produce part of a new animated feature. One artist worked on an ordinary PC; the other on an Intel NUC (4”x 4” mini PC) with a Wacom Cintiq Pro 32. The artists used Blender software running on AWS G4 instances with NVIDIA T4 GPUs. Both testers reported a positive experience, noting specifically that there was no cursor lag on the tablet — a huge plus.

Now Tangent is getting ready to introduce virtual workstations to over 150 artists in its Toronto and Winnipeg studios.

Replacing the physical workstations with virtual workstations on AWS will lower costs. Tangent can spin up virtual machines when needed and spin them right back down when the project is done, paying only for resources actually required. For example, an artist may work on a crowd scene in the morning and a two-character scene in the afternoon. Crowd work requires more GPU power, and the artist can tap into that resource for the task that needs it.

Another major benefit Tangent sees is that moving to virtual workstations simplifies hiring. If the best artist for a job is in Montreal or Vancouver, for example, Tangent can ship a sandwich-size Intel NUC for next-day delivery. And instead of renting a large studio for all artists, Tangent can rent smaller offices by the day for collaborative work. As a result, the company expects to maintain or reduce overall office space over the next two years despite increasing crew size.

In the end, the company benefits by directing its resources where they matter most, said Zorniak. “Managing our IT costs this way leaves more budget for artists and technical staff — leading to a better product.”