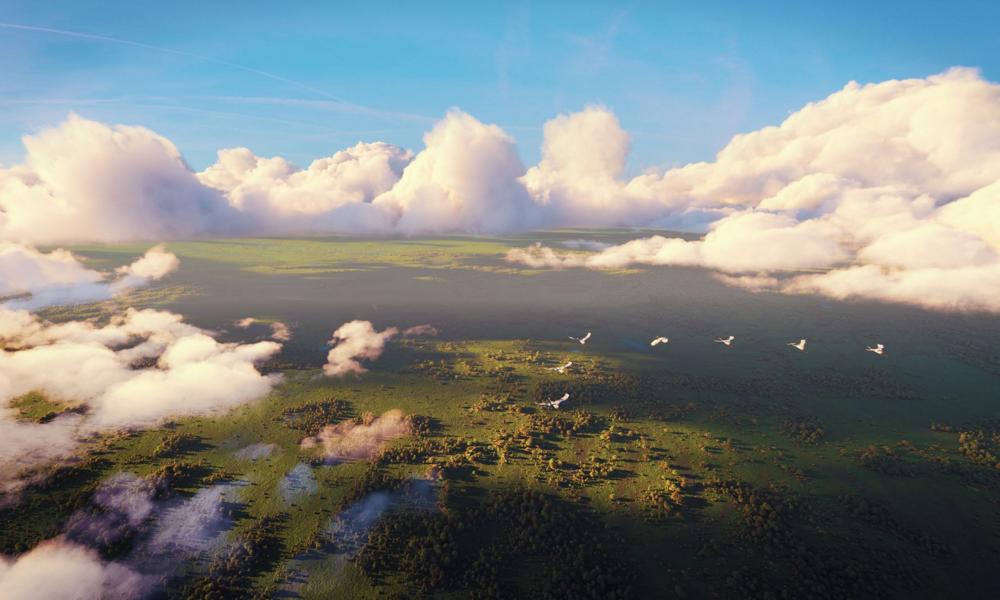 Stefan Kraus, CEO of German software developer BiteTheBytes, answered a few of our questions about the latest version of his company’s fantastic terrain and landscape generating tool World Creator, which is used by major studios such as Bioware, Blizzard, Bandai Namco, Cinesite, Hybride, Warner Bros. Games and Unity. Here is what we found out:

Animation Magazine: Can you tell us a little bit about the development history of World Creator?

Stefan Kraus: The very first version of World Creator had a different name, Geo Control, and was developed by Johannes Rosenberg. Sadly, after he had a stroke, the product’s development came to a halt for around two years. He contacted us and wanted us to use his code-base to further develop Geo Control. We wanted to help him out and honestly, we liked his product and saw a lot of potential in it. To bring it back to life, we had to create a new brand. So in 2012, we changed the name to World Creator and fixed all open bugs and made it much more stable.

What are some of the improvements and added features we can look forward to in version 3 later this year?

Honestly, there is a lot! I personally look forward to our new erosion and sediment system. Quality has improved drastically, and the best about all this is that we were also able to improve the performance. World Creator 2 is still the fastest generator, but World Creator 3 is about 2.5 times faster than the previous version. The reason is that we developed our own engine specialized on terrain and landscape creation performed on the GPU — so just like in World Creator 2, everything in World Creator 3 will be real time. In addition, we added a new workflow for creating landscapes; this time, using biomes. So with version 3 you will be able to set up different biomes allowing you to define real-world situations.

A biome can be anything — think of a desert biome including an oasis with a lake, nice vegetation, sand dunes and some rocks … or a forest containing different tree species with different textures underneath, flowers and grass surrounding the trees with different textures as well, and so on. It is a fully flexible hierarchical system, and you can save your biomes as templates and share it with others. Artists will be able to create their own biome settings and share it with others that can import them into their own projects. We have a real-time path-tracer that creates photoreal renders instantly, new design and sculpting tools that allow you to create exactly the terrain you want, a new powerful and ultra-flexible UI system, fully customizable export options allowing you to adapt the export settings to your own workflow.

We also never had a clue about how many fantastic artists are out there — from hobbyists to professionals. I personally think what they most like is the real time. Everyone can design a terrain shape without having to wait multiple minutes or hours for a single iteration — with World Creator they get it instantly. This allows them to be way more creative, and yes, it is also a lot of fun to see all changes instantly. It’s like an ultimate playground, a perfect mix of design by hand and procedural content creation.

What was the response to the two previous versions of World Creator?

The response to World Creator for Unity was really amazing — once released in the Unity Asset Store it sold multiple hundred times immediately. The response to the standalone version of World Creator was also outstanding — within a very short period of time, the largest gaming and movie companies were attracted to the capabilities and with them almost everyone followed.

How long has BiteTheBytes been around and what do you specialize in?

We originally founded BiteTheBytes in 2008 but it goes back to 2004 when we started making short real-time animations for the international demo scene as students. From the beginning, our main focus was the visualization of large terrain and landscapes for real-time applications in general. It all started with a new algorithm to render vast areas, planets or even entire galaxies. We soon figured out that not only is the visualization a problem, but also the generation of so much data. So, we shifted to creating landscapes, always in mind that everything has to be real time. One of the benefits of digital art is that you can play around with settings and try things out. You don’t want to wait several minutes or even hours until something has finished loading, so we deeply concentrated our software to be able to do everything instantly.

What do you find your clients are looking for in 2020 most of all?

We realize that a lot of our customers and the industry in general is looking for more tools that support the creation of procedurally generated assets — and they must look as realistic as possible, created as fast as possible. Also, a good workflow between several tools is required as well — this could be done by bridge tools or by direct integrations. We also realize that the demand of photoreal rendering capabilities has grown a lot as well: I think that the new GPUs supporting real-time ray-tracing will make this demand grow even larger.

What is your take on the state of digital arts and visual effects in 2020?

I think I will pass this question over to our artist Aaron Westwood, who did all the amazing renders for our marketing and is also the one man army behind our upcoming World Creator short film.

He says, “Not so much from an industry point of view but from a macro perspective on the artist level, it would be about developing an individual style and an aesthetic. As software becomes more attainable and user friendly, it leads to a saturated market which is amazing for popularity. However, it is important not to just stick to trends, because you’ll get lost in the ocean.”

What do you personally enjoy most about World Creator?

Everything! Even now, when creating some feature videos or renders for maintaining our social communities, I just get blown away when using it: Honestly, it is pure fun and I still discover filter combinations that create absolutely lovely terrain shapes that put a huge grin on my face — and that is after years of using it almost daily.

And not to forget the community, the people and companies using it: The entire BiteTheBytes team is so proud to be part of something that is used in games, movies and art-works. For me personally, this is a dream come true and I am simply blown away by what people create with World Creator — a big “THANK YOU!” to all of our customers, our community and those who support us. 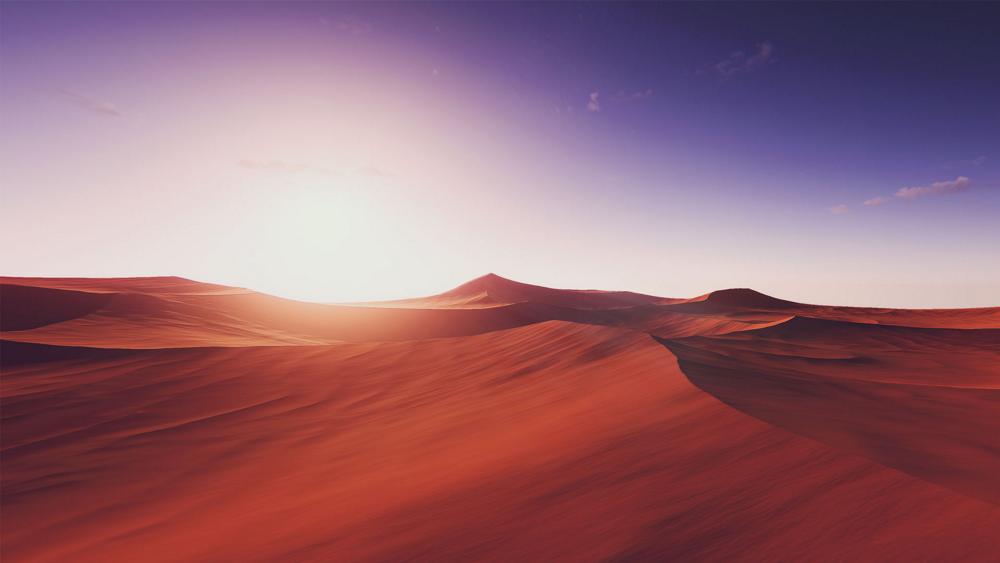 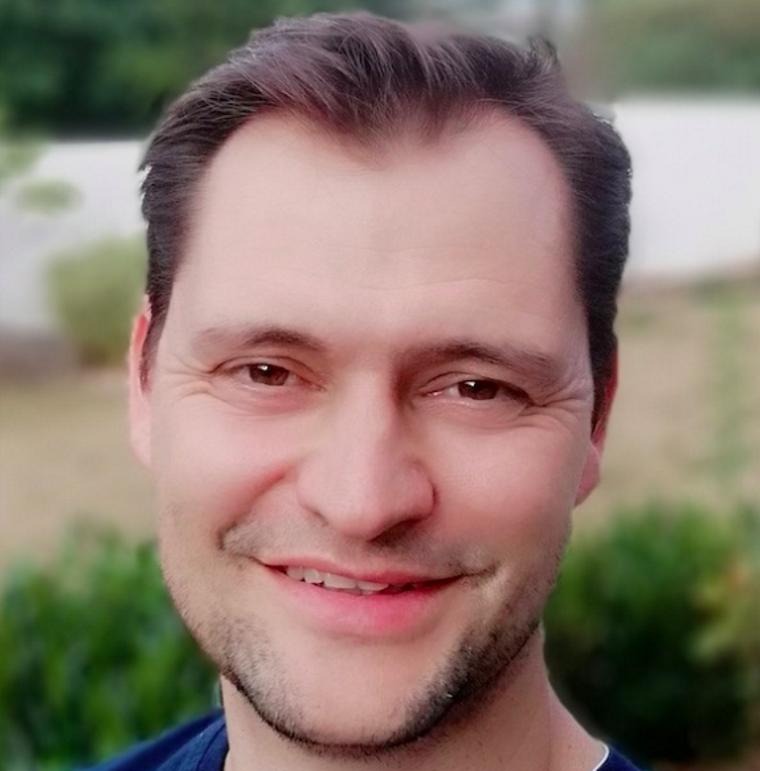