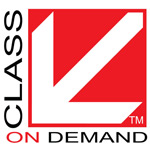 There isn’t much point of having software for making pretty pictures if you don’t know how to use it. Many of us have learned a lot of what we know while on jobs and running into situations where we have to troubleshoot. I’ve been doing this stuff since way back when, and at that time we didn’t have quite as may tools to learn.  Nowadays, there are so many tools to do so many things that it is terribly difficult to keep up. Even Dennis Muren needed to take a hiatus and learn all these crazy computer techniques so that he could properly supervise Jurassic Park. Fortunately, we have online training at our fingertips. But with so much out there, which sites are worth the investment? I’ve recently talked about Digital Tutors in a previous issue, so I won’t revisit that site, as amazingly informative as it is. Instead, I’m going to take a look at Class on Demand, cmiVFX and fxphd.

Class on Demand is a site which is, by their own definition, Training for Media Professionals and Video Enthusiasts. The training library is broad and pretty diverse, focusing quite a bit on a 101 to 201 level course for people just getting into a specific piece of software or technique. Indeed, it is not limited to software as it has courses for lighting green-screens, lighting for video and even Growing Your Business. Depending on the depth of the course, the information may be presented as one video lasting a half hour, to a whole course of videos containing eight hours of material. The instructors definitely know what they are talking about, and they know how to present it. There is nothing worse than a YouTube tutorial with someone saying, “Press this … then slide this to about … there. And type .58. And it works.” The CoD instructors explain why you do things as much as how. At an average of $30/hr of training, I would say it’s well worth the investment, especially when you are just getting up and running. 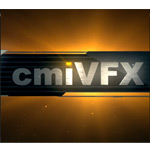 Next is cmiVFX, which proclaims to be “The Leader In High End Technological Video Training For Visual Effects Artists.” From their lineup of courses, it doesn’t seem too far from the truth. They definitely focus on not only specific, high-end software, but specific high-end techniques for that software. Houdini, Flame, Fusion, Nuke and PFTrack are all tools found in established visual effects houses, and these tutorials are geared toward bringing artists up to speed on more advanced techniques. There are “Introduction to” videos, but not many, they expect that you know the basics going in. The tutorial duration seems to last an average of a couple of hours. Project files are included from real world production scenarios, which gives you a nice taste of what we artists have to deal with. You have the option of buying individual courses, or value packs of software-centric courses or an annual subscription of $299, giving you access to everything for the year—which would be my suggestion.

Lastly, and certainly not leastly, is fxphd, which inspires you to take your vfx knowledge to the next level. By design, these courses are meant to be expert courses (like getting your PhD), and they are not meant to be referenced like cmiVFX, Digital Tutors or Class on Demand, where you look at a subject or task and click for a review on how to do it. You sign up for a 12 week semester of up to five classes, although three is recommended. The courses are released weekly, each one set to compound on the knowledge from the previous week. The course selection includes tools and techniques being currently used on feature films, television and commercials, with instructors who are actually doing the work. The courses are also not limited to software, but expand to other areas of film production including cinematography, shooting with DSLRs and the RED, directing and editing. The fxphd crew are actually out there shooting features and short films, and using those as a foundation for a number of their courses. Other benefits are an active forum where students can ask questions or get feedback on their work from both the instructors and their peers in the class. Furthermore, all the courses you sign up for include VPN access to fxphd’s software licenses, so you have use of non-commercial versions of the tools you need for the course—an offering that goes beyond other online courses which require you to own the software. This is not just beneficial but also essential when courses use software that haven’t been released yet at the time the course starts (like PFMatchIt and Mari for the October session). Finally, one of the courses that is also included for free is called Background Fundamentals, where fxphd co-founder Mike Seymour discusses everything from how to interview for jobs to making your demo reel to the latest in visual effects techniques and technology. The fee is $330 for the 12-week three class course, and $100 per additional course. While more expensive than an annual fee of $299, I feel that fxphd, with the access to the instructors, software licenses, real-world and up-to date methods and overall structure, has the most to offer the serious vfx artist/animator/filmmaker who already has a bit of experience under his belt.

Some may bring up Animation Mentor as a good online education, but this lies in a whole different realm of training. The above-mentioned sites are meant to get people started with a technique or tool, or increase the knowledge of someone who already has production experience. Animation Mentor is a two-year, dedicated system to not teach you how to animate, but actually how to become an anima-TOR.  This is a whole different article that just may be found in another part of the magazine!