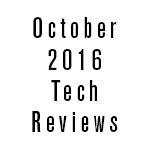 So it’s been a while since I covered some of the places for online training that I happen to like and use on a pretty regular basis. And since then, there have been some changes in the services worth investigating.

First up is Digital Tutors — well, Pluralsight, actually. Not too long ago, Digital Tutors was incorporated into the Pluralsight family, which added the library of tutorials on the software we use and love for making pretty pictures, and combined it with a wider package and variety of tutorials for programming languages and development tools from Code School as well as IT courses. And it doesn’t stop there! There are courses on business leadership, architecture, cyber security — even ethical hacking! I don’t even know what that is and I’m interested.

The collecting of training libraries has made Pluralsight literally into a plural site, a one-stop technology shopping mall of training. If you were a member of Digital Tutors, none of your access went away; it simply expanded to include all of the other courses. And as before, training is broken into bite-size chunks, so you can either search for very specific solutions, or you can go through entire learning paths to master a new skill.

But, as exciting as all this training is, the things that excites me more is the way they are approaching mentors and experts to help you out. I mean, forums and such are all well and good, but Pluralsight has take a cue from Hack.Hands() — another company that is now a Pluralsight company.

From the way I understand it, the experts for Pluralsight are kind of like the Uber drivers of the coding world. When you run into a specific problem with your code (and I think they are expanding it to DCC software), you request a Code Uber Guy, a.k.a. HackHands. People who are on-duty are notified, and when one responds he gets connected to you and assists you through your problem. If you resolve it within five minutes, you aren’t charged. If it takes longer, well, the meter starts running.

Like Uber, the HackHands experts are vetted, but there is also a community feedback system to rate the experts and keep them on the up and up. And, like Uber, the experts benefit financially from the whole process.

I like Uber, and I like the idea of having dedicated, freelance experts that can help me through problems that could take hours of troubleshooting or Googling. I consider my time valuable, and spending it sorting through webpages is more than worth the cost of having an expert guide me.

CmiVFX also has gone through some changes. Recently, the leader and brainchild of CMIVFX, Chris Maynard, died unexpectedly, which is not only a loss to his family and friends, but a loss to the industry. However, Chris’ childhood friend and partner in cmiVFX is picking up the torch and carrying on with a commitment to maintain the site with the same, high-quality training they have always provided.

CmiVFX training is quite a bit more in-depth than the learning paths over at Pluralsight. It’s not so much “Learn Python” as much as it’s “Learn How To Make Ink In Water Effects Using Houdini!” And then the training is five hours long to do that specific thing. They are specific and they dig deep.

The training is provided by the cmiVFX mentors, who are longtime professionals in the visual-effects industry — and still working in the industry. They contribute to the industry to give back, but like on Pluralsight, they also gain an additional revenue stream. But on CMIVFX, there is a 100-percent partnership between the site and the mentors, so compensation comes on as a profit-sharing system.

Another aspect of cmiVFX that I like and appreciate is that you can find training on some powerful software that may not be the industry flavor du jour. While they have plenty of tutorials on Nuke, Maya, Houdini, etc., they also have tutorials on freely available software like Blender and Fusion. So if you are just getting your groove on and haven’t graduated to purchasing Autodesk products, this is great place to begin learning the ropes.

The courses are set up so you can purchase individual ones, or you can go hog wild and purchase a full year (or more) subscription and have access to the entire library.

For those who have gotten their foundations and want to get into the nitty gritty of DCC software, cmiVFX is a great place to start poking around. 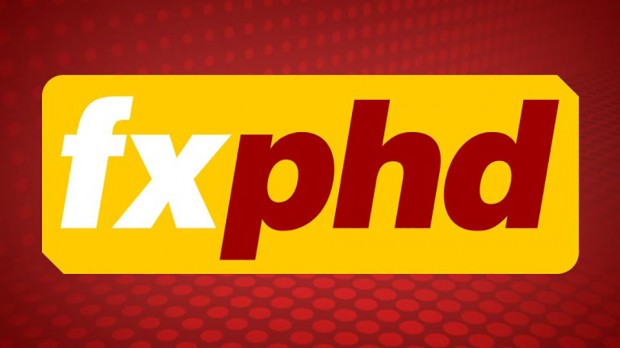 Lastly, and certainly not least, we have fxphd, which has also gone through some of its own changes. Originally, the courses were based on quarters. So every 3 months, a new series would become available, and you could sign up for up to five courses for that quarter. The courses would be 10 classes parceled out over 11 weeks (there was a one-week hiatus in the middle of the term). In this way, your information would be titrated to you in consumable amounts. I kind of liked this because it didn’t become overwhelming — if you kept up with classes.

At around the beginning of the year, fxphd changed this business model to become a flat monthly subscription rather than quarterly and based on the number of courses you take. Now you have access to the 140 courses at any time. The standard subscription allows you to stream the courses anytime, anywhere (that there is an internet connection). The premium package gives you the option of downloading the courses to watch offline.

The great thing about the courses on fxphd is the owners also run fxguide and have access to the latest and greatest software and techniques, so you are learning the things that studios are using today to create the visual effects you see in current films. Mike Seymour’s Background Fundamentals should be required viewing simply for the breadth of topics that he covers from camera gear to artificial intelligence and deep learning to VR to how to budget out visual effects to effectively managing projects.

The mentors, are not only actively involved in the industry — Sheena Duggal, Ridley Scott and Scott Squires are some of the quest profs — but they are visual effects artists who have moved on to bigger and better things. Gareth Edwards (Godzilla, Star Wars: Rogue One) and Wes Ball (Maze Runner) are previous fxphd profs.

And on top of all that goodness, fxphd has a relationship with the software developers. So along with your subscription, you get a VPN connection to an education license for the software you are training on — 3DEqualizer, Nuke, Maya, Houdini, etc are all at your fingertips during your training. This feature alone is worth the cost of the monthly subscription.

I’m a fan of each of the training sites listed here today, for varying reasons, but as a visual-effects supervisor, its fxphd that I draw the most knowledge to help me be the best supervisor I can be.