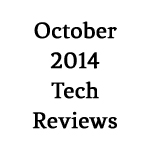 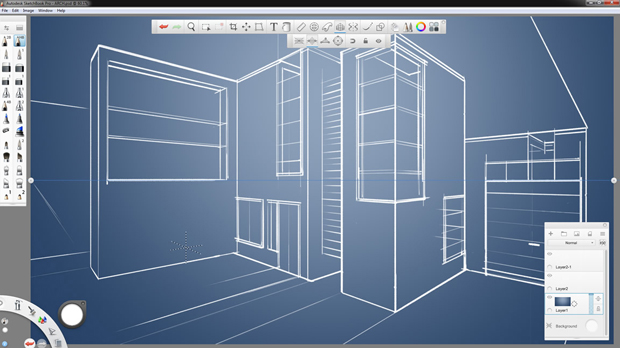 I’m not just a 3D and CG guy during the day. My degree is in fine arts with an emphasis in 2D media, which includes drawing. It’s something that I do all the time — or at least, something that I try to do all the time. Because of this, I have grown quite fond of Sketchbook – both in its Pro and Designer iterations – mainly because of its response and feel, especially if you throw a Wacom Cintiq in the mix.

In the 2015 version, Autodesk has thrown a few simple but powerful tools into the mix that should provide illustrators animators a source of enthusiasm.

The first major addition is inherited from Sketchbook Designer, and that is the Perspective Guides. How often are we drawing stuff out and we need a street scene, or building or huge books on a shelf? We wrestle with the perspective, and then it’s off, and your family says, “There’s something wrong with that. … It looks weird.” No one wants that. So Autodesk threw in some guide markers for one-, two-, and three-point perspectives. They even went above and beyond the call of duty and tossed in a fish-eye perspective. I’ve never even contemplated free-handing a fish-eye lens. Well, now you can. Your pencil strokes snap to the vanishing points as well as the horizontal and vertical, allowing you to swiftly block out your scene so that most of your valuable time is spent on creatively filling in the shot rather than worrying about the technicalities of the perspective. Renaissance artists would have been jealous.

The other major tool in Sketchbook Pro 2015 is a flipbook. Yes, you can use the same pencil and brush tools you use for sketching and apply them to a timeline to get animation. All the necessary bits are there. Onion skinning allows you to see previous and up-coming frames. You can move your key frames around to adjust timing. Copy and paste elements from one frame to another and scale them a bit to get that bit of squash and stretch. While not as robust an animation tool as what ToonBoom Harmony or Anime Studio Pro offer, the Sketchbook flipbook gives you a super friendly interface to try out ideas without having to delve into a full animation production tool. 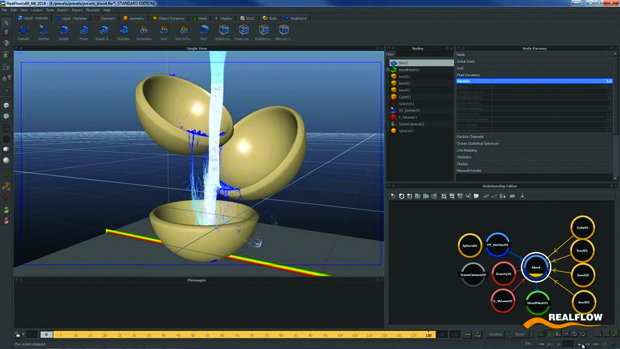 Once again, Next Limit seems to be dedicated to either advancing the technology of fluid dynamics or at least implementing the last technology in each release.

For RealFlow 2014, there are some super sexy features that the industry is going nuts over. At the top of the list are the new advances in the Hybrido solver. For those not in the know, the Hybrido solver is designed to calculate larger bodies of water, from the size of a bathtub, maybe, to the size of an ocean, or at least a small square of ocean. This is in contrast to the SPH solver, which is best for smaller events, like pouring a glass of wine, or knocking a full paint can off of a ladder.

So, the hybrid solver was pretty darn impressive coming out of the gate a few iterations ago, but now it’s even better. Now it’s faster (always a good thing), and it’s got underwater bubbles. The best example of this is someone performing a cannonball off of a diving board. He plunges into the water and brings with him a ton of air, which cascades off his body as tiny bubbles. In large scales, those bubbles surface and become bits of foam. In earlier versions of RealFlow, you’d have to create a python driven script (which was possible). But now, it’s part of the system.

Viscosity has also been added into the Hybrido solver to make nice, sludgy mud and stuff. But not only that, the viscosity can be animated. So, you could make a wax figure and slowly melt it away.

And to stay with the Hybrido theme, a force daemon has been added called the Ocean Force Field. See, normally artists would start with a stable Hybrido solve – a placid lake, so to speak. And then he would start churning the system with some kind of wave maker that would make Rube Goldberg proud. Now, he can exert a wave force – or even multiple wave forces as different sizes to add complexity and blammo, you have an ocean. Well, maybe not “blammo”, but way faster than using the tools of yesteryear. 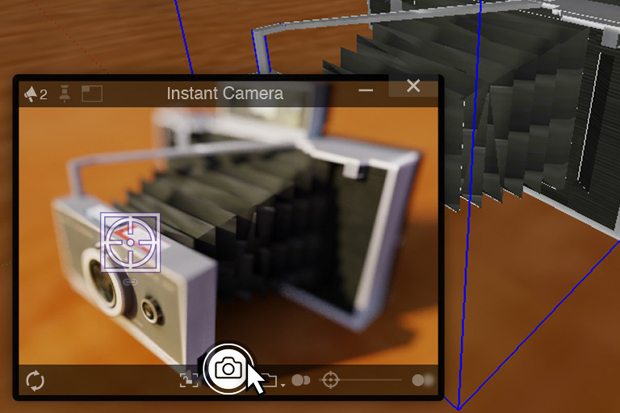 In the vast forests of software filled with wide-reaching products, sometimes a sprig gets lost in the foliage. But that doesn’t detract from its elegance.

Visualizer is kind of that sprig. The software has an interesting evolution from its seeds in Brazil R/S, to a viewport renderer in both Maya and 3ds Max accelerated by a ray-trace accelerator card, to now something that provides an amazing feature for a demographic that may not be as shiny as Hollywood, but oh, is it vast.

The SketchUp community is huge, driven by a user base that loves to contribute to the population of models in Google Maps, but also as a tool used by architects, theatrical set designers, landscapers — you name it. Sometimes people just simply don’t need a workhorse like Maya when they just need to figure out the layout for the new kitchen cabinets.

So what were they missing?: A photorealistic representation of their design. This is the niche that Imagination chose to fill. And in my kind-of-educated opinion, it’s not such a bad move.

Visualizer takes the technology based in its previous, more robust versions, and it boils it down to the features that everyday users want. And what do they want? They want an iPhone camera that takes pictures of their creations. So that is the feature set that was created, with a few fancy ones thrown in. Once you have your SketchUp file, which could be your own stuff you made from scratch, or things you’ve downloaded from the 3D Warehouse, you just aim your camera, set your time of day. The Visualizer viewer progressively updates the image dynamically until you have the quality you want. Click the shutter button and you have a picture. If you want to get all artistic, you can unlock the auto features and start playing with the exposure and focus, which includes depth of field.

Basically, it’s a little 3D camera — but for everyone else. And it’s priced that way. For $20, the world of SketchUp comes alive. I could certainly have spent that money on worse things.

Seriously – there is no reason to not try it out. Check it out at getvisualizer.com.