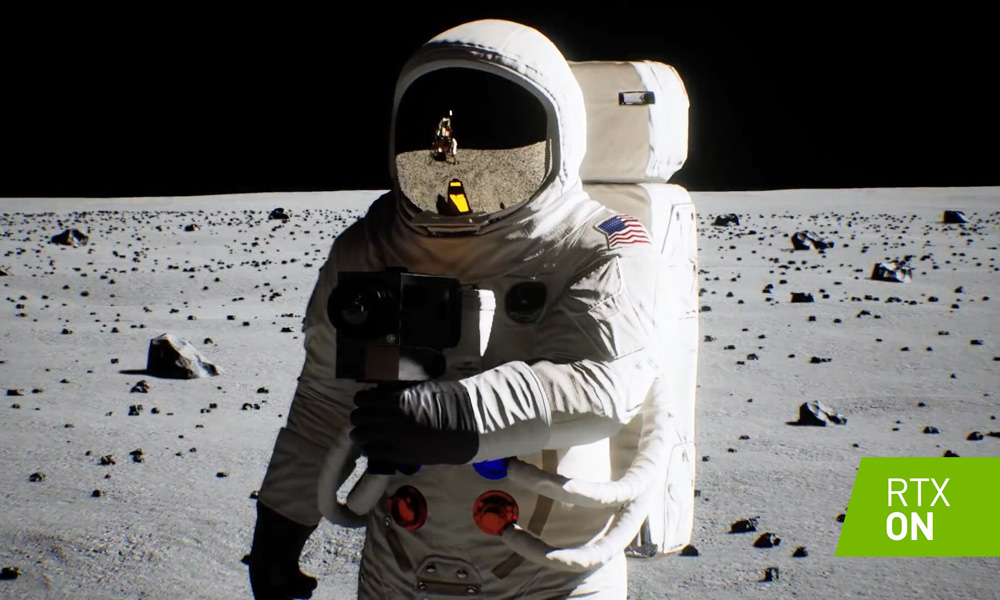 As simulation technology VP Rev Lebaredian explains in a new Nvidia Blog post, in RTX, each pixel on screen is generated by the real-time tracing of the path of a beam of light into the camera, allowing artists to instantaneously see detailed, accurate reflections, soft shadows, global illumination and other visual phenomenon. Prior to this technology, this cinematic level of realism could only be accomplished with hours or even days of work on a render farm.

The Nvidia demo team started work on the project five years ago, researching the visual elements in minute detail — from the rivets on the lunar lander, to the properties of moon dust and the reflectivity of the astronauts’ space suits, all were rebuilt in digital form.

The RTX real-time ray-tracing technology allowed the artists to recreate the sun’s rays as they hit the scene from behind the lander, bounced off the moon’s surface, and interacted with each element, recreating the iconic scene in a way never seen before.

Keegan-Michael Key: ‘Wendell and Wild’ Could Premiere Next Year
Nothing But the Best: Fathom Events Curates Another Fantastic Season of Films