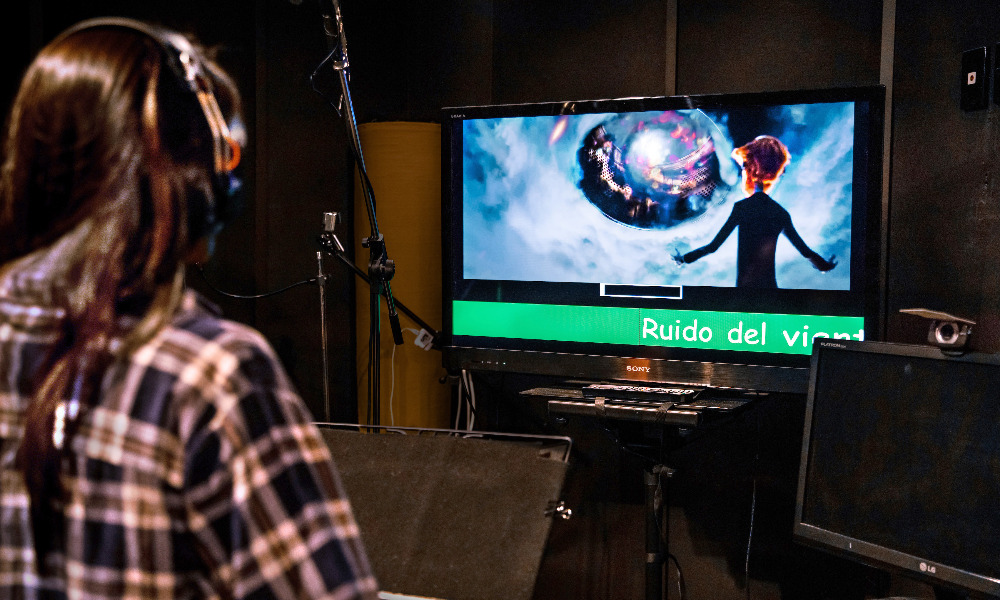 As language-dubbing and dialogue replacement for TV, streaming and film grows to a record $4.9 billion revenue, VoiceQ, the New Zealand-based leader in dubbing software systems, today unveiled a new series of its technology stack, which for the first time includes streaming capability as well as VoiceQ Actor, a new application it will offer free on MacOS for one year to voice performers, available now.

Since its inception in 2008, VoiceQ technology has been used by more than 160 clients worldwide to dub more than 200 titles for leading streaming networks, including Netflix, Prime Video and Disney+. Squid Game, Lupin, Money Heist and Killing Eve are among the blockbuster international series that have been dubbed into English utilizing VoiceQ software, alongside such iconic animated films as Moana, Frozen and The LEGO Movie.

In 2021 alone, VoiceQ was used to dub more than 500 hours of TV and film content into dozens of languages.

VoiceQ 6.0 enhances the existing, cloud-based VoiceQ technology stack by adding streaming capabilities; synchronization between VoiceQ native and cloud applications; and three new script formats. The newest release also introduces custom user interface and recording to VoiceQ Actor, which makes it easier and more convenient than ever for voiceover artists to audition for and rehearse their performances from any location, accessing VoiceQ-enhanced clips and scripts through secure cloud-based delivery.

VoiceQ is the underlying dubbing technology stack that helps performers and directors achieve high-quality, precision-focused and cost-effective localization. With more than 6,000 licensed users – including many of the world’s most prominent dubbing studios and post-houses – VoiceQ has been used to dub programming into more than 90 languages.

“Thanks to the prominence of streaming services and a pandemic-driven urgency to create high-quality localization quickly and with enormous artistry, VoiceQ is proud to have helped bring game-changing series to audiences worldwide,” said Steven Renata, managing director of Kiwa Digital, the company behind VoiceQ. “Our native and cloud-based technology makes it easier than ever for actors, adapters and post-production teams to work together simultaneously, reflecting the industry’s new ways of working.”

Based on the principles of the century-old French “Rhythmo-band” process, VoiceQ adds cloud-based solutions to synchronize translated and adapted scripts into a host of languages – particularly English, which has brought hundreds of international series to English-speaking audiences around the globe.

More than 4,000 voice actors have utilized VoiceQ, but have had to do so while in-studio. VoiceQ Actor brings a version of the system to performers wherever they are, allowing them to become familiar with the dubbing project and to practice their roles before stepping into the studio – making the actual dubbing session easier, more cost-effective and more creatively exciting.

Beginning today, professional voiceover performers can sign up for a free one-year license for VoiceQ Actor, which will normally retail for US $199 a year. Voiceover talent authorized by any of the nearly 300 dubbing studios worldwide that utilize VoiceQ can be granted access to VoiceQ projects – complete with clips and synchronized scripts – through its secure, AWS-based server. With authorized access, which is supported by a free online training course, voice artists can grow comfortable using the VoiceQ system and rehearse their performances.

To further support and develop the localization and voiceover industry, the one-year-free offer for VoiceQ Actor is open to any voice performer seeking to gain new skills and qualifications. Performers can sign up for the free VoiceQ Actor license and complete the training course utilizing demo projects by visiting VoiceQ.com. The website is also home to complete details about the new release ­– and the entire VoiceQ tech stack ­designed for localization professionals around the globe.