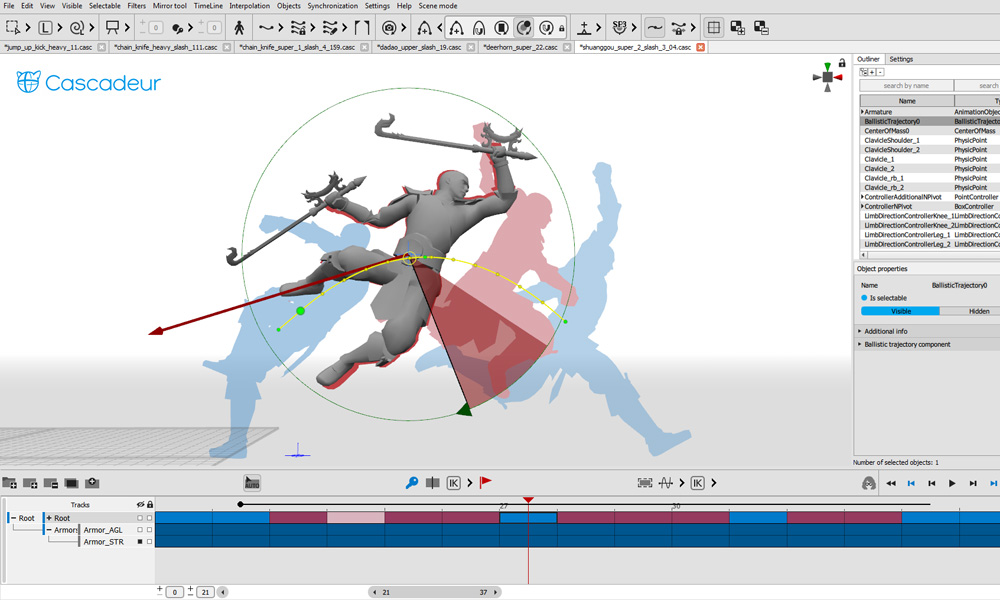 Games company Nekki has announced that the open beta-test (OBT) of its physics-based character animation software Cascadeur is now available. With the OBT a broad user base is able to test and evaluate the next major version, and any animations created with Cascadeur’s new beta version may be used commercially without license fees.

Nekki also introduced a new five-minute video with a demonstration of the main features and tools of Cascadeur:

Since the first announcement of Cascadeur in early 2019, more than 18,000 users have participated in the closed beta-test and downloaded the software from cascadeur.com. Animators from game development and movie production had more than 12 months to put the new software through its paces.

Numerous representatives of the animation industry, including AAA movie and game developers, have expressed great interest in Cascadeur. A survey conducted by Nekki in April 2020 found that 85% of beta users consider it a tool that will play “an important role in their future projects”. In January 2020, Nekki and Cascadeur were nominated for the Pocket Gamer Mobile Games Awards in the categories “Best Innovation” and “Best Tool Provider,” which is a rare achievement for an unreleased product.

Nekki has been working on the new open-beta version of Cascadeur for a year and there are a lot of changes that might be invisible at first glance. But on the inside everything has changed, because the update includes a thorough redesign of the whole architecture. The main highlights of the latest version are:

Since the new architecture has improved the general performance of Cascadeur it will let Nekki further optimize the software. The next steps will include:

In order to make the early use of Cascadeur attractive for animation professionals, Nekki is permitting the free commercial use of the beta version. Any animation created with Cascadeur’s new OBT version can be freely used in games and movies without Nekki’s permission.