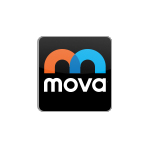 An innovative means of capturing minute facial performance information, used in the blockbuster superhero flicks Deadpool and Avengers: Ages of Ultron, is the subject of an international legal contest which could create major problems for Hollywood, the New York Times reports. The technology, called Mova, won a Sci-Tech academy award last year.

Rearden has asked a judge for financial damages and to block distribution of movies and other projects made by infringing on Mova patents and trademarks. These titles would reportedly include billion-dollar blockbusters Deadpool, Terminator Genisys and Guardians of the Galaxy. Intellectual property lawyer Alex Chachkes of Orrick, Herrington & Sutcliffe tells NYT there is little chance of a distribution block for completed movies, but Rearden’s suit may disrupt movies in production at Digital Domain.

Mova is a distinct step forward from traditional motion-capture using markers, utilizing phosphorescent makeup and customized hardware and software to convert highly detailed facial movements and expressions into data for film and videogame animation. The tech was previously used in The Curious Case of Benjamin Button, Gravity and other major films.

The history of Mova’s ownership is fairly convoluted. Rearden’s founder, Silicon Valley entrepreneur Steve Perlman, merged his online game start-up OnLive with Mova but left the company in 2012. According to the countersuit against Shenzhenshi, OnLive then decided to sell Mova’s assets, which Perlman decided to acquire. At Rearden, Perlman tasked employee Greg LaSalle with managing the acquisition, but LaSalle negotiated to sell the Mova assets to Digital Domain “improperly.”

Shenzhenshi’s suit filed last year contends that it acquired Mova in May 2013 through a legitimate transaction with LaSalle, saying that Perlman’s inability to make a successful business out of Mova lead him to encourage LaSalle to salvage the investment on his own. Perlman’s later attempt to regain control of Mova was “a severe bout of ‘seller’s remorse’” after Mova’s Academy Award win lead to a flood of publicity. LaSalle is currently director of visual development for Digital Domain.