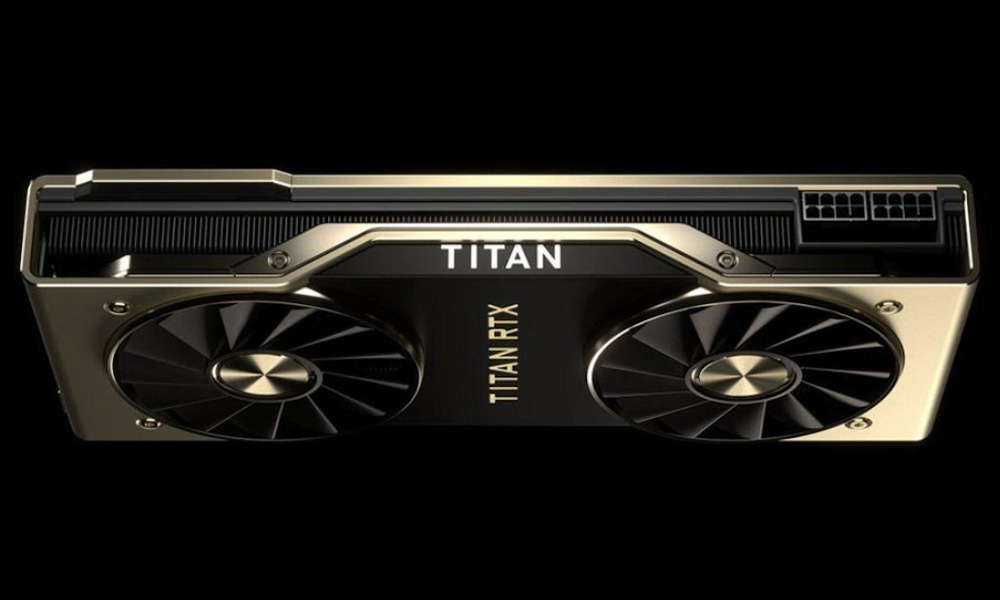 Last summer at Siggraph, Nvidia made a huge splash by introducing its new line of RTX Turing architecture-based cards and its mothership, the Titan RTX. CEO Jensen Huang made his point about real-time reflections by blinding the audience with stage lights reflecting off the gold-plating of the Titan.

This new technology is no joke. Remember the stunning Stormtrooper short, Star Wars: Secrets of the Empire from ILMxLAB? That was rendered in real time with the Unreal Engine, using a bank of Nvidia cards. Now, they are able to reprise it with this one card. It combines 72 Turing RT Cores technology to accelerate raytracing, the 576 Turing Tensor Cores which are optimized for deep learning neural network training and inferencing operations, optimizations to get images to the display especially for VR HMDs, support with software using the AI for image manipulation, and another to assist with simulation calculations. All of that runs with a crazy 24GB of GDDR6 memory. Plus, you can tether a couple of these beasts together with the Nvidia NVLink. You just need to make sure that your workstation has enough power. I had to rewire my HP Z820 to get enough power to just one of the cards.

The RT Cores are what initially got me excited. As a visual effects guy, I’m always interested in getting to an end result faster. With game engines like Unreal, we are already getting ray-traced shadows, reflections and refractions in real time (or near real time, depending on how much you throw at it). You don’t get much faster than that. But Nvidia is working closely with the leading render engine peeps to utilize the RT Core to speed up ray tracing in production. Chaos Group (V-Ray), OTOY (Octane), Autodesk (Arnold), RedShift and Pixar (RenderMan) are some of the developers who already had demos happening in Vancouver last summer. The results aren’t “real-time,” but they are fast enough that look development and lighting artists can work with supervisors or directors in a much more interactive way, getting to the creative decisions faster.

But, once I started digging into the features for AI, I became more thrilled. I’ve just begun dipping my toes into the deep learning world, wrapping my head around the workflows and understanding the sheer computing power you need to “teach.” The Tensor architecture in the single Titan RTX makes that learning time much less grueling. In some cases, you may not have to turn to cloud-based deep learning with banks of GPUs rented out by Google or Amazon. As I said, I’m just a noob at this point, so I don’t have any stats for any significant neural network training — and I haven’t begun to push this card to the limits.

The Titan RTX is quite expensive, but it’s really meant for those people who are doing some serious computing, rather than those trying to get better refresh rates on Fortnite (even though the Titan RTX will accomplish that as well). And by Nvidia’s own recommendation, the less costly GeForce RTX 2080 Ti may be a better choice for that market. But if you are out there pushing the bounds of ray tracing, deep learning and simulations, and you need the very top of the line, this is a very good place to start.

Autodesk’s Maya 2019
Earlier this year, Autodesk released Maya 2019 — surprisingly late compared to 3ds Max, but I’d rather have a stronger release than an earlier release. This time, there is a lot of focus on performance and ironing out of bugs, as opposed to major, shiny features. For software as mature as Maya, this is unsurprising simply because it already has so many features, and game-changing changes happen less frequently. This isn’t bad. I want my tools to work dependably and predictably. The fix list is substantial, while the “known issues” list is comparatively miniscule — which is a pretty good ratio.

For artists, the primary benefit is the interactivity with the scene. Viewport 2.0 performs much faster with intelligent approaches to what it is refreshing on the screen. Only things that are changing are updated, so throughput is lighter and refresh is faster. This is compounded with playback that is constantly caching as you make changes. Instead of running play-blasts to see your animation in real time, the cache is available for you to playback inside the viewport. Real-time playback is absolutely critical to determine the timing in animation, and wasting time play-blasting no es bueno. Unless, of course, you want a little time to catch up on Twitter or Snapchat or whatever. Additionally, scenes load faster. Selection and interaction is snappier. Textures down-rez in the viewport to optimize data traffic. Wire Deformers have GPU acceleration — in other words, deformation is faster, especially if you have a beefy card. All good things!

From a rendering and lighting standpoint, you can switch to render with Arnold inside the viewport, rather than having the additional render buffer open. The viewport response, like its 2.0 counterpart, is fast and responsive with near immediate results (depending on scene complexity of course) — like all good IPRs should have. It’s not real-time fast, but for lighting, it’s a godsend to have this kind of interaction. And the convenience of having it inside the viewport just helps because you don’t have to allocate real estate to the other window.

Other performance boosters are more about tools to help you improve your own performance. Evaluation Toolkit and Profiler have received some workflow and feature enhancements to make better diagnoses of your scene to determine where processing bottlenecks are happening. This filters down graphs and data to get to the core of the problems.

It may seem frivolous to always want the newest of the new technologies. Sometimes, this year’s Lexus ES doesn’t look all that different from last year’s — even if under the hood, it runs smoother and more efficiently. For animators, Maya’s Viewport enhancements alone are worth the move to 2019, without a doubt. Together with performance updates and bug fixes, it will make the Maya experience better for all departments.

Foundry’s Modo 13
I don’t even know where to begin with Modo 13, which was recently released by The Foundry. There is no way I can fit all this into my print space, so this may sound like freestyle poetry in the end.

Let’s start with arrays used in the procedural modelling/schematic area of Modo. For those not in the know, Modo, among lots of power features, is a hybrid direct and procedural modeling tool. You can model things up the Maya way, which is nearly all straight modeling. Or Max, which is mostly straight modeling with some proceduralism with its Modifier stack. Or Houdini, which, when used in its most powerful form, is a series of operators that procedurally create geometry. Procedurally, for all intents and purposes, means that its non-destructive.

Modo does have a great node-based system with tons of tools that parallel functions between direct and procedural. Modo 13 offers a veritable grab bag of operators having to do with “arrays.” Arrays in Max/Maya nomenclature are about making new collections of a single object into new patterns of multiple versions of that base object. Modo “arrays” are more like the programming definition — a collection of things, usually particles, vertices, etc. You collect things into an array, and in Modo 13 you have nodes to manipulate the content, reorder them, create new geometry and curves from them. I know this may sound a bit abstract, so you’ll have to believe me that these tools are extremely versatile and powerful. Once you get over your fear, you’ll be amazed.

The next impressive feature is MeshFusion updates. MeshFusion has always been impressive, but sometimes it gets bananas-heavy as it adds two SubD levels to Boolean objects. Now, you can control where MeshFusion will add those SubDs, and be able to retain zero level SubDs, which provides creases along chosen edges. Additionally, you can control which edges and polys the MeshFusion will affect. So, if you are Boolean-ing a tube and a sphere together, the tube is hollow inside — so you can choose the outside polys of the tube, and the fusion will happen only between the sphere and the outside of the tube — leaving the negative space inside the tube. A simplistic example to be sure, but the potential is amazing. Plus, like in the earlier version, the Boolean remains live and adjustable.

Apologies. I’m not giving all the Modo 13 features justice, and getting lost in the geekery. Animation now has procedural layers. Modo is not all about procedural modeling — direct modeling gets some love too with dynamic edge bevel parameters and edge relax tools to effect edges after they’ve been created. A bunch of alignment tools to quickly align elements and objects to others. And additional UV updates to a UV toolset that is one of the best IMO. Honestly, I have been away from Modo for far too long, and this release really makes me want to dive right back into it. If only I had 48-hour days!

Website: foundry.com
Price: $1,799
Todd Sheridan Perry is a vfx supervisor and digital artist whose credits include The Lord of The Rings: The Two Towers and Avengers: Age of Ultron. You can reach him at todd@teaspoonvfx.com. 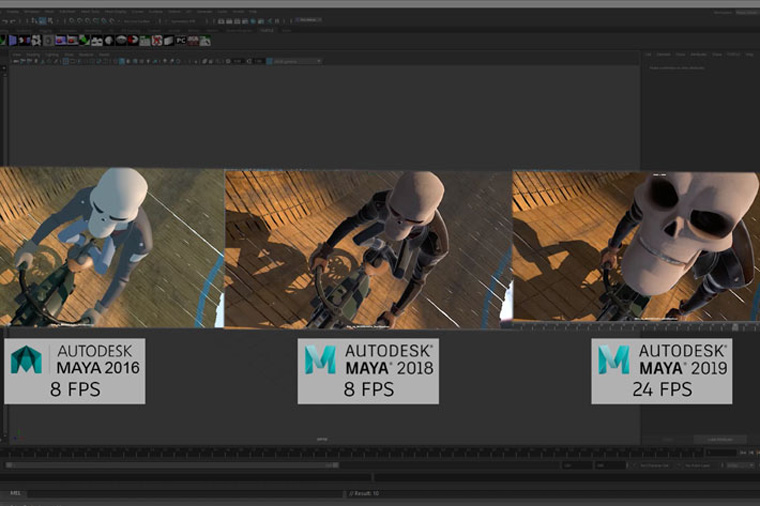 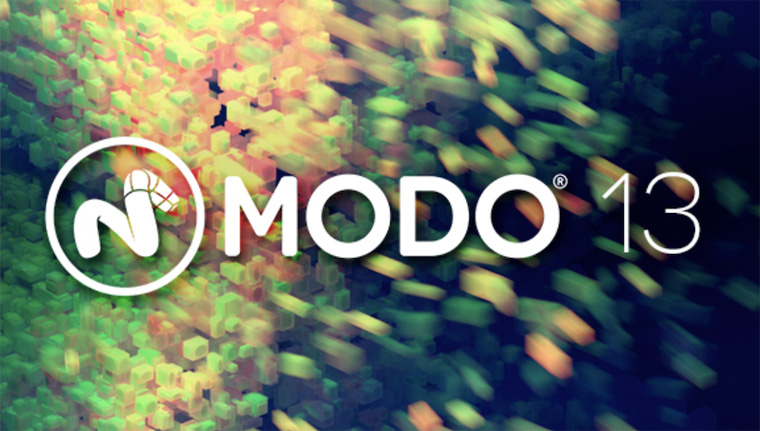