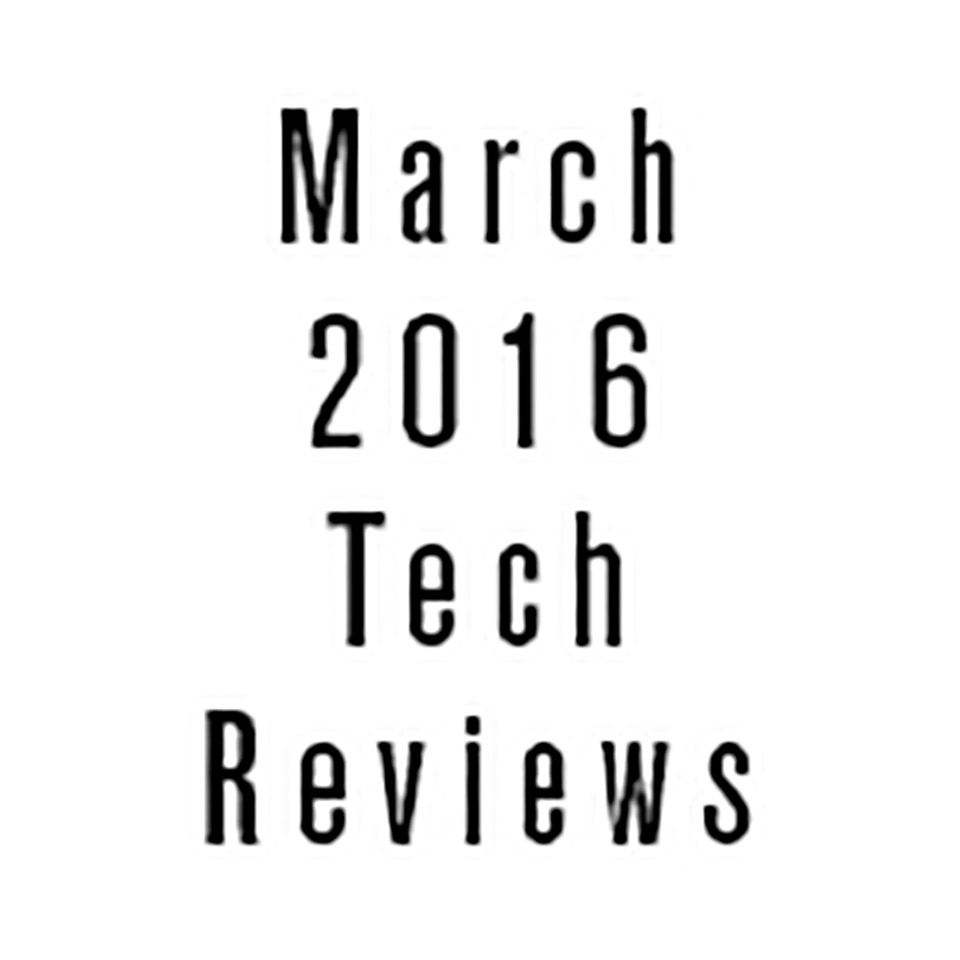 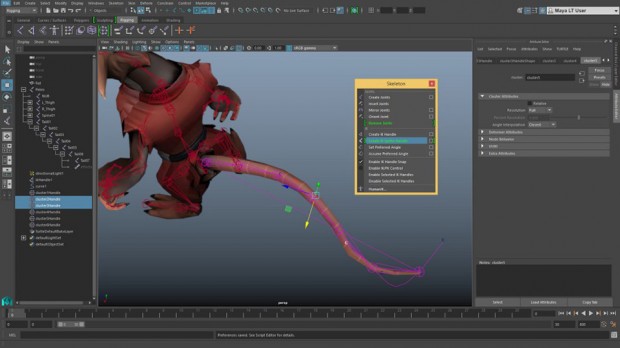 I’m coming in a little late in the game since the release of Autodesk’s 2016 Entertainment Suite, but with multiple extension packs since, you can be rest assured that the features for the extension packs will be full features in the forthcoming 2017 release.

So let’s focus on Maya first.

Among a multitude of advances, by far my favorite is a revamp to the hypershade and look-development system. Some sorely needed and long-asked-for features are finally part of the package. A preview window lets you see results of your shader work on different models, or just view the 2D output. This is absolutely critical to troubleshoot as shader systems get more complex. I’ve never been more aggravated than devving in Maya and trying to figure out which node in the shader is causing the problem. But no more. I can now solo individual nodes to see how it’s contributing.

This would be enough for me, but it doesn’t stop there. The shader development is tied to the Viewport 2.0. So, you can view the different pieces of the shaders in isolation to see how a bump map, or specular map, etc., looks in the scene. Frequently, within the shader, the effect is so subtle that it’s hard to tell what’s happening. Isolating the maps is a huge help. The view even works with new utility nodes like color correctors, noise (finally) and compositing node. And to top it off, there are Color Management tools that conform to OpenColorIO and ACES (Academy Color Encoding System) — and its flexible enough through the SDK to be modified for other renderers and studio color pipelines.

The 2016 version has a much-needed vector workflow — which dovetails into text tools and Illustrator files. Maya, since first release, had previously been insanely cumbersome when using artwork and fonts — the bread and butter of motion graphics. The latest release provides tools to nondestructively create models from text and vector art, refine them through bevels and such, and then manipulate them with deformers. Text can be generated directly in the Maya scene, but with Illustrator files you get the choice of importing or literally copying the curves from Illustrator into your buffer, and then pasting them directly into Maya.

These may not seem like terribly sexy in comparison to advances in Bifrost (Foam, Aero Solver, Guided Simulations), XGen (shared presets, better spline controls, multithreading), and a new Sculpt Toolset for Blendshapes. But, in my opinion, the productivity from the look-dev tools alone reaches far more artists than Bifrost and XGen. This is going to save centuries of artist time. 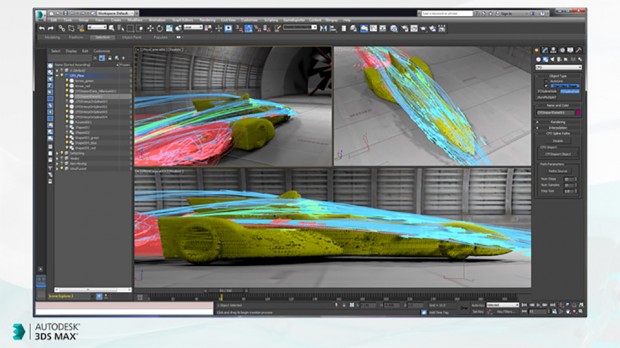 As with Maya 2016, Max received quite a list of development love from Autodesk, but by far, the most exciting tool that eclipses all others is the Max Creation Graph.

Since Max 2016’s release, Maya users have been clamoring, “Where’s mine!?!” and Houdini users have been saying, “Welcome to the party!” You see, as much as Max has been open to third-party developers, the development still required that skillset commonly known as “coding.” Even with MaxScript, it required some understanding of programming.

With MCG, users can create custom modifiers and such in a visual way that is similar to building shaders in the Material Editor. Those Max users familiar with Cebas’ Thinking Particles or Thinkbox’s Magma system used within Krakatoa and Stoke, will feel perfectly at home within MCG.

So, in very loose terms, MCG allows you to fit function nodes together to generate very specific results. Let’s say, as an example, you would like a tool that can dynamically weld vertices together based on a distance threshold between verts — which you could do in an EditMesh modifier, but you don’t want the overhead of a full EditMesh. So you can take a parameter node holding a number, feed it into a Weld Node like you would a map into a material channel. You then feed a mesh type into another slot. And then a mesh output.

That could have been done as a MaxScript, you say? And you’d be right.

But now you can publish your MCG tool as a modifier, with a little slider for your threshold value, and share it with your fellow artists.

This is an incredibly simplistic example, but believe me, there are already amazing tools being published and shared in the Max community. Just do a search on “MCG Max 2016” and filter to videos. Even upon release a SuperPack of 30 MCG scripts was dropped to give users a chance to get used to this new system.

Sure, there are other features in Max 2016 that will make our lives easier: Text Tool stuff, Voxel and Heatmap skinning for riggers, a camera sequencer for editing a sequence “in-camera,” new camera parameters to make it behave more like a physical camera (with the help of Chaos). But nothing is a game-changer like Max Creation Graph.

After some terrific releases this year with VRay 3.0 for Max and Maya, as well as VRay for Nuke, Chaos hasn’t let up and released VRay 3.3 for Max in December — with presumably a Maya release hot on its tail. Nearly everything about 3.3 is about speed, but there are some fun toys thrown in for good measure.

First and primary change is a modification to the core sampler to a Variance Based Adaptive Sampler, which provides a better sampling in those dreaded dark areas but also speeds up in overbright areas. In earlier versions, there was a balancing act that had to happen between the render sample setting, the light samples and the material samples in order to clean out noise in the render. The VBAS reduces the dependency on the materials and lights. Not only do you gain speed in the actual render, but in general setup time. Not so many dials to turn.

For rendering volumes clouds and smoke and such provided by grid data from Chaos’ own Phoenix, or from OpenVDB or Field3D data from third-parties, Vray 3.3 can use a Volume Grid Probabilistic Shading (so many fancy words in this release), which, in a way, takes specific points on a ray as it goes through the volume and decides whether it should “probably” calculate a light. When the Probabilistic Shading is off, VRay will calculate lights at every sampled step of the march as the ray makes its way through the volume. If that sounds like a lot of calculating, it is, which is why rendering volumes takes a long time — and why Probabilistic Shading speeds things up.

Other speed improvements are the ability to distribute Light Cache calculations across multiple machines, a more efficient processing of Max’s plugin Forest Pack for natural environments, and faster and smarter rendering of VRay proxies and Instances.

For new, fancy toys to play with, Chaos updated the previous sky model to a newer Hosek model based on a 2012 SIGGRAPH paper from Lukas Hosek and Alexander Wilkie, which provides a more accurate representation of the sky, especially near sunset — or magic hour … and just ask Terrence Malick how much he love the light of magic hour.

And for an additional outdoor render bonus, we get aerial perspective with controls for not only the distance, but the height of the mist. You can even have the sunlight affected by the mist.

On the shader side of things, we have a Stochastic Flakes material for flakes in car paint or other surface made of near microscopic shiny pieces such as snow, or sand, or LIberace’s wardrobe — or maybe Lady Gaga’s wardrobe for you millennials out there. Anyway, shiny things that glitter as the camera angle changes. Usually fraught with aliasing problems, Stochastic Flakes provides a cleaner result, with faster render times, and prevents repeated tiling (the “stochastic” part of the title).

Lastly, a little grocery list of other treats: A shader for ray-traced rounded corners (a favorite of the Mental Ray fans), improved color management in the VRay Frame Buffer, and the VRay Clipper allows you to use custom objects to slice open geo at rendertime, revealing an inner material. Fun!

VRay 3.0 users should already be upgraded, and if you haven’t moved over, it’s worth a look. Maya users keep your eyes open for your turn.