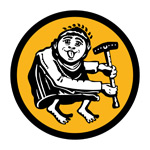 U.K.-based vfx software tool designer The Foundry has certainly carved out a nice niche for itself in the world. After buying out Digital Domain’s internal compositing system Nuke, Foundry made it available to the public. And, with the demise of Shake at the hands of Apple, a perfect storm placed Nuke as the compositing tool for films.

The company frequently releases new builds for their products to keep up with client demands and bugs, and to increase the wow factor.

A couple of months ago, they came up with the Nuke 7.0 release, which offers quite a lot of substantial updates. The 2D tracker for the system was rebuilt from scratch to increase the speed, accuracy and robusticity of the product. With the new interface, users can now refine tracks by assisting them with key frames, analyze accuracy as Nuke shows its confidence in the tracked pattern with a color system and verify patterns with key frame thumbnails. Averaging many trackers provides more accuracy on the track over all. Shortcuts have also been included to quickly assign the track data to transform or corner pins.

The tracker is important, not simply because it allows users to track material, but because it generates depth data. And “depth” is the new “black.” Nuke is a fully 3D compositing system, meaning that the z-axis is very crucial. The open source (and ubiquitous) file format OpenEXR 2.0 stores depth information for renders. Nuke can use that data to composite based on depth rather than masks. I can’t truly express the power. Just ask the artists for the dazzling Map Room in Prometheus, or the guys at Weta for… everything. On top of that, 7.0 uses depth information to not only place 3D models (which was in earlier versions), but you can model within Nuke to create environments and such (again, using tracking data to derive vertex positions from parallax) to interact with CG.

7.0 officially integrates point cloud information from AOV (arbitrary output variables) data from renders (or generates it from footage), and you can use the normals and position to dynamically finesse or add lighting to CG elements without having the lighting guys render it again. Bonus for the lighters, the compers and the supervisors who want to see another iteration in an hour.

There is a lot more to Nuke 7.0 that you need to discover for yourself. Did I mention that they’ve also lowered the price and made it possible to rent the release? It’s like having Lexus lower their prices. Yes, the prices are still high, but it’s definitely a sound investment.

As far as I can tell, Mari has not yet had a chance to create a huge foothold like Nuke has. The release is still competing with more mature paint systems like BodyPaint, ZBrush, and Mudbox. Since Mari is still young and is pretty GPU hungry, some healthy hardware is required to deliver impressive work. However, it’s certainly considered the standard among the larger visual effects houses around the world.

At its foundation, Mari is a paint system for applying textures to 3D models; think of it as Photoshop for 3D. But, Mari goes much deeper than that, and with the recently released 1.6 version, it has become even more powerful.

Due to its robust hardware requirements, Mari was originally restricted to NVidia QuadroFX cards, later including the GeForce series. In 1.6, The Foundry has expanded its development to AMD FirePro and Radeon cards—which should make many Linux users giddy with joy.

There is a brand new brush tool adding a brand new methodology: painting vectors and flows. As you paint on a surface, the colors represent a direction rather than an explicit color. This can be used to drive textures and shaders that follow direction, such as feathers on a bird, or scales on a lizard. They can also be used for animated shaders such as fluids. Painting lava flows is a good example. And with the Vector Inspector, you can see exactly which direction the vectors are going, and you can paint, nudge or scale flows, or even adjusting normals.

Mari already had a robust projection painting round-trip between Mari and Nuke.  The new version now includes cubes and sphere projections for projecting full environments onto geo matching either modeled or LIDAR scanned environments. The overlap of multiple projections quickly resolves problems with occlusion and perspective. The maps can be blended with paintable Masked Projections so you can choose where the overlaps happen. There’s a lot of time-saving potential here.

The Foundry approaches its Mari development with the same aggressive policies as Nuke, so evolution of the product is fast, as one can see by how much has already been incorporated. To continue the car analogy, if Nuke is a Lexus, then Mari is more of a Subaru Impreza STI: At almost $2,000, it’s not too expensive, but if you want it to perform, you’ll need to the boost the engine with NVidia Fermi or AMD FirePro, at least, which will cost some extra cash.

I’ve wanted to touch upon The Foundry’s many new offerings over the past few months, but didn’t get the chance to do so until now. The U.K.-based Foundry has been growing by leaps and bounds as it has developed or acquired new technologies. However its Furnace plug-ins seems to be often overlooked amidst all the Nuke/Katana/Mari/Hiero/Modo hoopla. I believe that these unsung heroes need to have their moment in the spotlight. I mean, these guys do a lot of heavy lifting so that compositors can focus on the art of compositing rather than the drudgery of, say, wire removal.

Furnace includes all of the above craziness, and adds: Texture Generation, Additional Shot Restoration, Matte Generation and Shot Balancing and Matching. Add wire, rig and flicker removal, a world-class retimer, grain reduction, dust-busting, image stabilization, auto rotoscoping, image segmentation and much more, and you’ll understand why the Furnace development team was honored with a Scientific & Engineering Award from the Academy of Motion Picture Arts and Sciences.

To make an all-encompassing judgment…this is magic. Using the algorithms the team of Foundry doctorates have put together to analyze motion, depth, patterns, blurs, etc., the Furnace suites are chock full of smarts. Some may say that all of these can be done with some ingenuity and elbow grease. Sure, but who wants to do that? Would you rather be polishing your silver? Or hire an efficient, professional named F_SilverPolisher to do it, while you focus on bigger tasks that will get you more silver?

Todd Sheridan Perry is a vfx supervisor and digital artist who has worked on numerous features, including LOTR: The Two Towers, Speed Racer ,2012 and Final Destination 5.