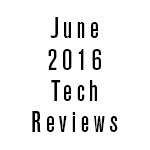 Interestingly, Autodesk has split out their releases for the 2017 round of Entertainment and Media software. 3ds Max has already come out of the gate, with Maya holding back a bit. Let’s take a quick look at the new goodies that Max has to offer.

With a new clear coat of design branding, Max has the same look and feel of Maya 2016. A more flat graphic approach gives a cleanliness to the interface that kind of drums up memories of Softimage, or maybe it migrated from Flame/Inferno. The interface is also HDPI aware, so those of you with 4K monitors will be happy to know you won’t wrestle with super tiny icons.

In the laundry list of new tools, my favorite is the boolean tool with double precision. (Yup. Total nerd.) Max already had a decent boolean function to jam objects together into new objects; they even updated it into “ProBoolean.” But now, “Boolean” has outrun the “Pro” version. It’s faster and more accurate. But the fun part is the workflow, which comes with a Boolean Explorer that lets you control all of the operands in the solution. Yup, the boolean is live and dynamic.

Another handy modeling tool is the Bevel Profile. This is similar to lofting a shape along a spline, but with improved functionality and more controls. You can get complex and refined 3D text or other splines, using either closed or open splines as the profile. I can’t tell you how often I’ve run into broken meshes or pinchy corners trying to get a proper loft.

And then, of course, there is the MCG — the Max Creation Graph editor. I mentioned it for 2016, but Autodesk just keeps on packing in the functionality. New controllers like “Look At,” “Ray to Surface” and “Rotation Spring,” along with ties into the Bullet Solver, just give you more ways to dynamically control the events in your scene. And they’ve added shapes and splines to the objects you can access. Remember, the tools you build with MCG can be bundled up and shared with others.

There is a ton of direct game engine support now that Autodesk’s Stingray is in the loop. FBX is enhanced to include game-centric parameters. Better integration between shaders and ShaderFX into Stingray. And, there is a new Scene Convertor, made to convert Max scenes to game-ready scenes, or customized into batch files for other renderers. You can even setup a live link between Max and Stingray, allowing you to use the game engine as a realtime render engine for prototyping you model and textures.

Lots of tools and treats for the Max users out there! And they can be had for $185 per month or by one-, two- or three-year subscription. 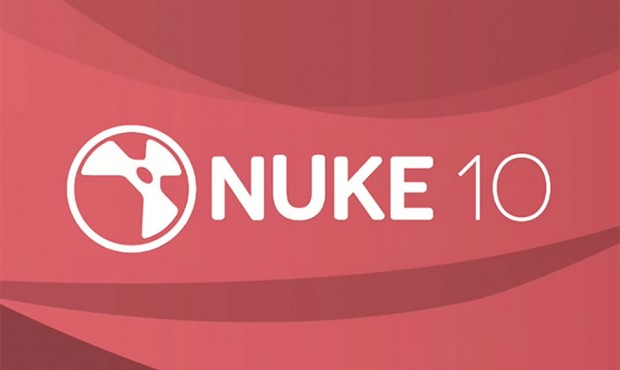 The latest release of The Foundry’s flagship, Nuke 10, is almost all about stability and bug fixes. The list of fixes they’ve attended to is a gajillion miles long, and the result is a platform that runs faster, runs smoother, and lets you spend more time making magic than waiting for the software to reboot. That alone should be worth the upgrade. But, just to make things fancy, there are a few key new tools that’ll make life easier.

If you are a Nuke user, you already know about the 3D features and the benefit of having a scanline renderer built into your comp. Because, you know, who knows when you need to do a quicky projection that tracks properly with a camera? Well, now you have a raytracing engine.

What does this get you? Ambient Occlusion, Reflections; cool things like that! Those things that normally make you go ask your fellow CG person for extra passes and deal with eye rolling. Now you can just bring in your model as an Alembic and do it yourself. Windows in a city matte painting would be a perfect example — one of those things that add that bit of realism to shots. It’s not supposed to replace the CG side of things, or even supplant a more robust renderer available for Nuke such as V-Ray from Chaos Group, but rather provide those nice bits to make your comp sing with less fuss.

The other change is in a little tool called RotoPaint. It’s a tool that gets a bad rap because it’s viewed as the tool of those lowest on the compositing totem pole. However, without it, where would we be?

The RotoPaint tool in earlier versions of Nuke has some limitations, mainly because it was doing so much labor. At about 200 paint strokes, things would bog down, corrupt or crash. And why wouldn’t it? It’s storing up all that data and recalculating every time you switch frames. In Nuke 10, RotoPaint is more stable and robust, and it’s faster. No longer do you have to break up your paint into multiple nodes or precomp (although, that’s still not a bad idea).

All of this is good, right? Well, take that and combine RotoPaint with a new VectorBlur 2 node, and you are on your way to creating miracles. VectorBlur 2 uses a movement analysis to calculate pixel-based transformations on an irregular surface. Think a talking face, or a shirt blowing in the wind. What if the client wants to put a swab of paint on the face (yes, I’ve done this) or a logo on the shirt? Tracking the element would be either extremely difficult, or impossible. VectorBlur 2 will track the irregular movements and convert them into vectors, which can be exported to an STMap, which can then be used to distort the logo or paint swab in a way that follows the movement.

Overall, it’s not the biggest release The Foundry has ever done, but they’ve made up for the lack of volume with a huge helping of productivity. New seat pricing starts at $4,274, plus maintenance after the first year. 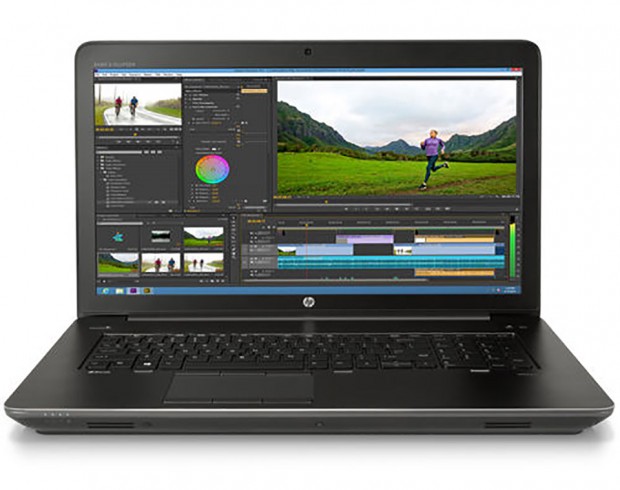 Why get a workstation tower when you can get a laptop that does the same job? (Honestly, I can think of a lot of reasons, but work with me on this.) The most recent release of the ZBook from Hewlett-Packard has really begun to blur the lines of what it means to be a workstation versus a laptop.

I’m reviewing the ZBook 17” G3, and it’s quite a monster. But despite its size, it’s surprisingly lightweight at nearly 8 lbs. It’s not a featherweight MacBook Air, but then again, an Air doesn’t have the firepower that the G3 does. This HP has 32GB of RAM (but can hold 64). I have 500GB of storage, but the system is capable of taking a couple of HP Turbo Drives for a total capacity of 4TB. Yeah. TERAbytes.

On the video side, an NVidia m5000 with 8GB drives the display. My display is standard, but there are Ultra HD and DreamColor touch options for the G3. I have Adobe CC installed, along with Maya 2016 and Max 2017. All are running at the same time at the moment, and the cooling fans aren’t even kicking in. In fact, the laptop is nearly silent. But then again, maybe I’m not hearing it over the Bang & Olufsen audio.

The sides of the body are filled with IO ports including a RJ45 port, 4 USB3s, an HDMI, SD Card and Smart Card reader, and two Thunderbolt 3 ports (yeah, that technology that started out on Macs). That not enough for you? You can get a Thunderbolt expansion dock that plugs into the power and one onboard Thunderbolt port. This doubles the amount of peripherals you can connect at one time and adds in a DisplayPort 1.2 for good measure. And it’s about the size of a pack of pencils.

This variant that I’m writing this article on is about a mid-level version. Neither the sup-iest super model nor the base model. If I were to choose a portable workstation that I could run around on a film set while showing previz to directors, or putting together rough comps, this would certainly be on the top of the list of contenders. Prices range from $1,549 to $3,899, depending on options.