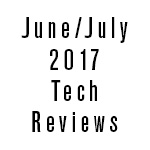 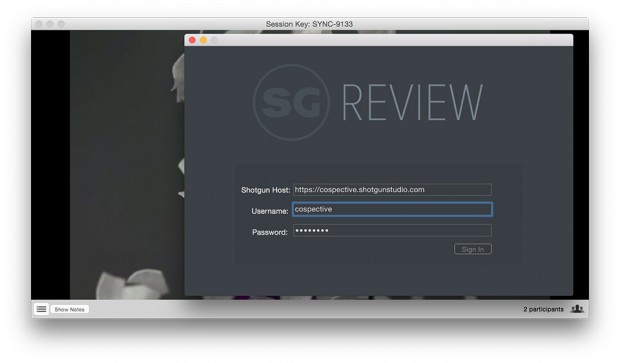 Cospective has been providing us filmmakers with cineSync as a review system for years and years. I’ve been using it for at least that long and, on my current show, it’s the way we review with clients and collaborators.

But cineSync 4.0 has just been released to make a good thing betterer — yes, I said betterer, and spell-check didn’t even say anything.

The largest advance probably won’t affect any of the smaller guys and hobbyists, but for large post and visual-effects facilities, its critical — and that is security. Working with many of the film studios in Hollywood, Cospective created cineSync Pro Studio, which will watermark the visuals with the identification of the guest using MediaSilo’s SafeStream. Guests receive individual authentication as opposed to a simple singular session key. And if this level of security is good enough for the studios, it should be great for the smaller guys.

Cospective has also released an iOS app on cineSync, allowing users to dial in from their iPhone or iPad and join in on the conversation. Since QuickTime has been retired — replaced with a newer, adaptable architecture — there is less of dependency on using specifically that file format and sending the files to all the participants. The new architecture supports numerous formats, sizes and frame rates. But that also means the mobile users can review and annotate without having the media on the device, maintaining connections to Shotgun, fTrack and NIM so the integration retains its integrity. And all notes are saved appropriately.

When the session is over, the media is removed from the server, but annotated frames and notes are retained for later review.

The advances are more practical than sexy, but they are critical to the end-users productivity and the confidence of the users that their material is in safe hands. 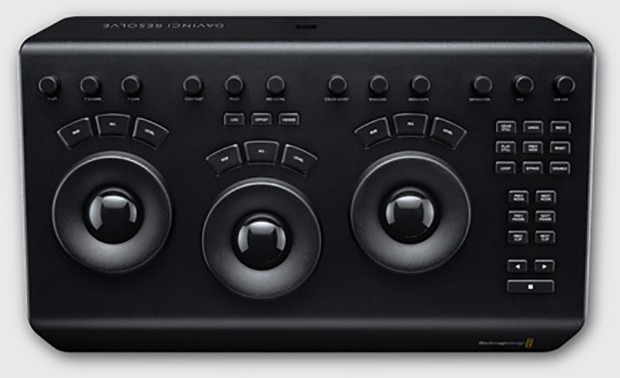 I cannot stress enough how important color grading is to film production. A good colorist can make the difference between a gorgeous film, and one that audiences dismiss as low-budget or, worse, “just terrible.” You can see the acknowledgment of the importance as desktop editing systems and compositing system are incorporating more sophisticated grading tools that emulate the workflow and processes for professional post houses that have million-dollar suites with a bank of controls that look like the cockpit of a 747.

So what about that? The hardware. If you have a software solution that emulates what you need to do, or even packages with presets like Lumetri or Red Giant, where you can just press buttons until you find something you like, do you need that hardware? I mean, turning dials and manipulating trackballs seems so, archaic, doesn’t it?

What I’ve found is that those presets are all well and good, but it doesn’t substitute a knowledge of why those presets do what they do. The ability to manipulate those dials is steeped in the knowledge of what each dial does, which correlates to the graphic-slider representation in the software version of color correction.

Blackmagic brings us DaVinci Resolve, one of the top mainstays of the color-grading industry. They supply the huge post houses with those crazy control surfaces mentioned above. Recently, they released a micro and a mini version of those, targeting the smaller post markets, but also small enough to have on set, while you are shooting, allowing you to determine color choices as you shoot — basically being a digital imaging technician.

They have boiled it down to the trackballs and dials needed for adjusting your lift, gamma, pedestal, saturation, etc., quickly and efficiently. Plus they have tied the layout of the controls to reflect those of the larger professional systems. It connects through a USB, and jacks directly into the tools inside the Resolve software. The Micro Panel (the version I had a chance to work with) is distilled to the functionality most often used by the colorist. A bank of 12 control dials, three trackballs with sleeves, and a pad of buttons to the right for navigation and shuttle controls and such.

The benefits of the control surface are far greater than making you look sleek and sexy. First and foremost, it gives you control over multiple parameters at the same time. When color is so integrated into luma, dialing those independently — like you would in strictly software solutions — is not the best approach. Furthermore, once you get used to the control, it becomes part of your muscle memory. Your moves become subconscious, like playing the piano, and you become more efficient. And additionally, you have all the controls at your fingertips, making the process faster because you aren’t constantly hunting the interface for different tools and sliders. And, if you learn on the smaller control surfaces, your skills can migrate to the larger ones because the design and layout are inherited from their big brothers.

It’s an investment. But if color grading is your passion or on your career path, then it’s probably worth it. 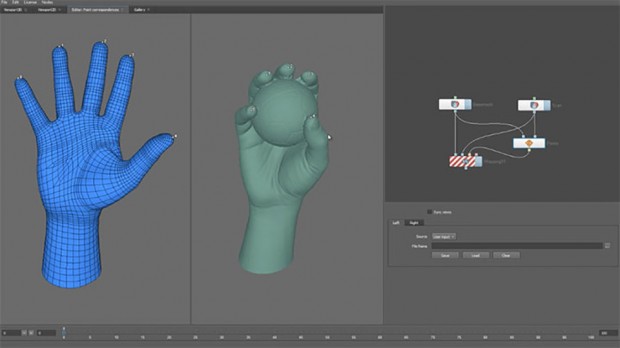 There are some tools out there that fill a niche that you never knew was a niche that needed filling. But it just makes sense — once you realize it was something missing in your life.

Wrap3, from Russian based company R3DS, focuses on making your life easier when you need to re-topologize 3D meshes. I personally find the re-topo process a bit zen. My brain falls into theta waves while my hands just work away like whittling a stick with a pocketknife. However, this is not a good practice for production deadlines.

Wrap3 provides a workflow for taking a base, optimized mesh, and wrapping it around a mesh in a different pose that might be coming from something like ZBrush. Humans are the best real-world example for this. You may have a perfectly edge-looped human that you’ve spent hours and hours honing and tweaking. But then you have a new scan of a person (LIDAR, Photogrammetry, Kinect, whatever), and the mesh is all kinds of messy. Through Wrap3, you can go through and create correspondence point on the two meshes (the corners of the mouth, the eyes, finger tips, etc). And Wrap3 magically takes your perfect mesh and wraps it around the new mesh — giving you your new, cool mesh using your perfect topology.

The time savings is amazing. I’m currently on a huge movie with nearly 50 digital doubles. Wrap3 will be saving us thousands of hours of artist time. But that savings propagates downstream to rigging. Because the final mesh is always the same topology, the rig weighting remains roughly the same, saving additional hundreds of hours of rigging time.

Furthermore, when creating blend shapes, Wrap3 is a godsend because, again, you are retaining the same topology. Therefore you can sculpt (or scan) a bunch of different facial expressions and quickly generate a bunch of blend shapes that just work.

The node-based interface that will be familiar with users of Houdini, Nuke, XSI, etc., keeps the workflow open and malleable so that the results can be tweaked and modified without worrying about the process destroying or baking information. It also means that you can swap out models within established flows.

As if this wasn’t enough alchemy, you can run batch processes, decimate meshes and run mesh cleanup algorithms like repairing non-manifold geometry and spikes in the mesh.

So worth checking out.