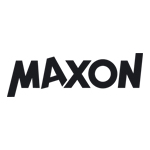 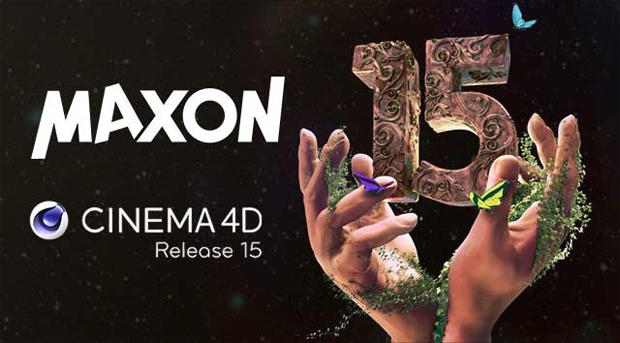 In Maxon’s 15th release of Cinema 4D, plenty of features have been added across the spectrum of needs for the user base, making the workflow faster, more efficient and cleaner.

Beveling may not sound like a big deal, but for those of you modelers out there who have had to deal with it, you can attest to the frustration of binding corners and twisting edges. Cinema 4D’s new bevel algorithms get smooth verts, edges and polys quickly and interactively, even after the bevel has been created. Plus, for those pinch-y corners, you can choose between different mitre selections to get the best transition for your needs. Plus, if you want to get crazy, you can use splines to determine the profile of the bevel.

Already a 3D leader in the design world, Cinema 4D increases its foothold by adding to the typography tools. 3D Kerning provides control over settings of individual letters as well as blocks of letters, allowing precise and tailored font design work at a really high grain. Best of all, through all these edits, the text remains an editable spline.

Rendering is also extremely important, with a balance of speed and quality. Maxon has replaced their physical renderer with a faster mode they call Embree, with selections for Faster or Smaller. So, either use lots of RAM and go fast, or less RAM and go slower. Global Illumination can be more tailored to taste now with choices of different math for both primary and secondary rays. And, with the progressive rendering mode being the method du jour (“progressive” meaning: “Give me a quick look to get an idea and progressively increase the quality until I tell you to stop”), Cinema 4D includes the progressive mode. And you can send frames to team render to use multiple machines on an individual frame.

Sculpting advances include the ability to project a sculpt with crappy edge loops onto new geo with proper loops, and you can sculpt on poly surfaces, as opposed to the legacy method of having to jump through some hoops to prep a model for sculpting. There is a lot more new stuff going on under the hood which speeds up things (like multithreaded deformers) and forcing to 64-bit (sorry 32-bit users–start living for today).

With maturity comes respect, and I can sense the Cinema 4D user base growing around me. And they are demanding respect through the work they accomplish.

At least once a year, I like to turn the reviews toward audio. Real filmmakers understand that sound contributes to at least half of the story. Frequently, in animation and visual effects, we lose sight, or sound, of that fact. On the audio side of things, there are just as many specialized tools for tailoring those sounds as we have for refining the visuals. And iZotope is a leading company dealing with the problems that sound designers face. RX 3 and RX3 Advanced were released earlier this fall to tackle the issue of bad audio.

Having gone through a month of creating videos in less than controlled environments, I can’t even express how critical removing noise from dialogue is. The Dialogue Denoiser module dynamically analyzes and then removes noise from the dialog. But with noise gone, you still may have reverb problems because of the acoustic properties of the room. Simply put, this is an echo of the voice as it bounces around, and it’s nearly impossible to get out. But, RX 3’s Dereverb technology removes those annoying bits. Because it’s eliminating the room (essentially), it also smoothes out problems you run into when you have to record dialog in different settings and try to make it sound the same.

Other issues in dialog recording are clicks and pops stemming from analog to digital transfers or simply technology problems, which often happen at isolated frequencies. RX 3’s Declick can be adjusted to take care of those pesky pops and intuitively blend out the pieces it removes. In fact, that approach can also be used to select and paint out in the Spectral Analysis view of the audio. Many of you Adobe Audition users will recognize the methodology. But, as powerful as Audition is, I found RX 3 cleaner in its procedural repair systems and a bit more streamlined.

Another huge audio problem is clipping–which occurs when your recording is too loud and the signal is literally clipped…above a certain level? No mas. There is no signal. RX 3 analyzes the signal through Declip and attempts to rebuild the missing data, converting a completely unusable clip into something clean and pristine (albeit slightly synthetic to audiophiles).

And these examples are merely the heavy lifting tools. You as the audio engineer have your hammer and screwdrivers in the form of EQs, Gain, Channel Operations and Time and Pitch operations. This is all technology that happened to win a 2013 Engineering Emmy for iZotope. If it’s good enough to impress the Academy, I suspect that it’s good enough for your sound needs. 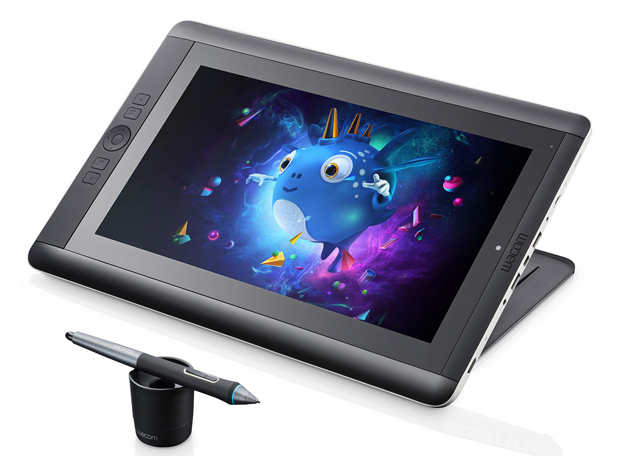 As anyone who has followed me knows, I love me some Wacom technology. I don’t even use mice anymore. What is a mouse? I was so excited about the announcement of the Cintiq Companion, I could hardly contain myself. But my inner child and my rational adult are conflicted…

The Cintiq Companion is a Windows 8 tablet genetically mixed with a 13″ Cintiq. You get all the 2K pressure sensitivity and response as a landlocked Cintiq, with the benefit of portability. There is enough onboard drive space and RAM to get through most tasks that you may have to tackle while on the move, with lots of ports for interfaces. And the thing is pretty.

I managed to whip out some concept art in SketchBook Pro. Then I drew up some storyboards by taking shots with the built-in camera and drawing on top. Corel and ArtRage behave gloriously with the pen pressure and angle–unlike Photoshop (cough, cough). And I let a fellow artist, Jacob Shroades, play with ZBrush, and he forgot to eat lunch because he lost himself in the process sitting back on the couch and sculpting. And watching Netflix and Hulu on the Companion is a brilliant experience.

The downsides for me are that it lacks what Microsoft insiders refer to as “lapability,” meaning that when working on the go, it isn’t particularly conducive to what Cintiqs are best for: drawing and sculpting. Professional artists have their workflows, which generally include constantly using keystrokes to modify or change tool functionality. Without that keyboard, one loses a lot of their efficiency. The Companion has customizable buttons like its big brothers, but it’s just not enough for something like ZBrush. To alleviate that, Wacom does sell a portable Bluetooth keyboard, but even with a keyboard, I found it cumbersome to get comfortable enough to work in the field.

My takeaway is that I love the tablet. It’s Wacom, what’s not to love? I’m not sure, off the top of my head, how to get over the “lapability,” outside of “don’t work on your lap,” and the equipment is expensive. But, I’m a professional artist and my needs justify the cost of three times that of a Surface or an iPad.

This may also be the case for most Cintiq users, who will probably jump all over it. For those just getting into the race, the cost of entry may be daunting, and the more rational choice would be to invest in a 21″ or 24″ desktop Cintiq, make cool art like a boss and then use the proceeds to add the Companion to the toolset.

‘Mighty 7’ Hits The Hub on Feb. 1
Jonathan Ng Discusses His ‘Requiem for Romance’