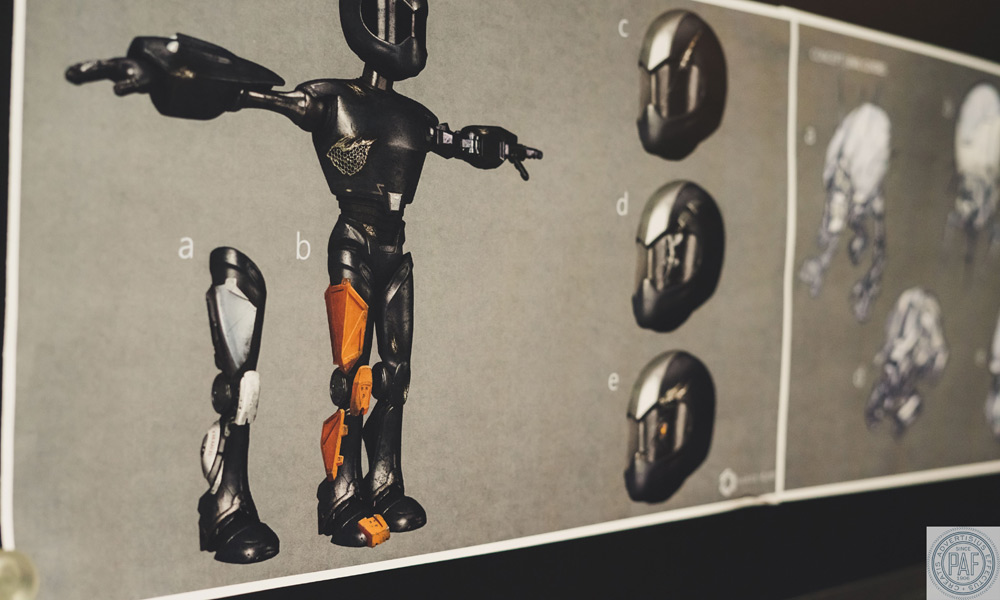 Animation fans know that Cartoon Network’s Adult Swim late night block is the place to go for edgy, experimental shows — and its sub-brand Toonami is where to find action-packed anime adventures like Naruto and Dragon Ball Super. A fan-favorite since debuting in 1997, Toonami is also known for its animated robotic host, TOM.

TOM has had a few adventures of his own, in a series of Total Immersion Events (TIE) which began with The Intruder in 2000. For the last five years, Portland-based studio Hinge has taken the helm on these events, finding new ways to amplify the action and deliver stellar animation for longtime fans of the character and his sci-fi quest. 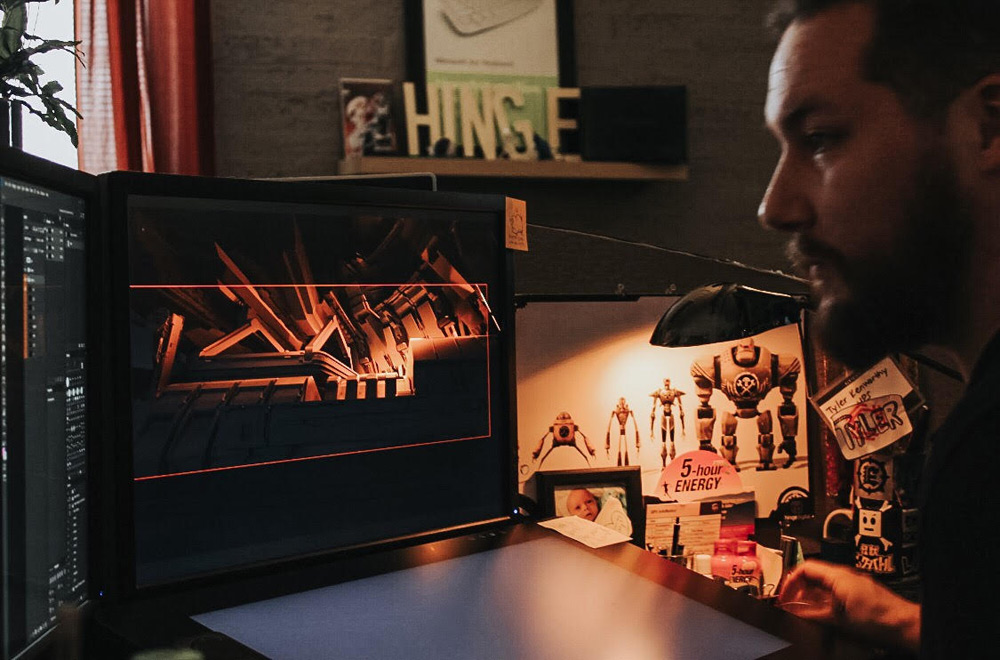 For the upcoming eighth Toonami TIE, The Forge — which premieres November 9 — Hinge has been working on the season with a new kind of tool in its kit, thanks to the Xsens MVN suit. The studio was considering its options, including fixed, camera-based motion-capture systems, but the flexibility of the Xsens technology was very appealing.

“For us, it was the flexibility of having a suit-based system. Instead of just capturing within our theater space here on site in our studio, we could run down the hall in the building and be able to do a run that’s 200 feet, which we could never be able to capture in a 25-foot square space,” says Roland Gauthier, Executive Producer at Hinge. 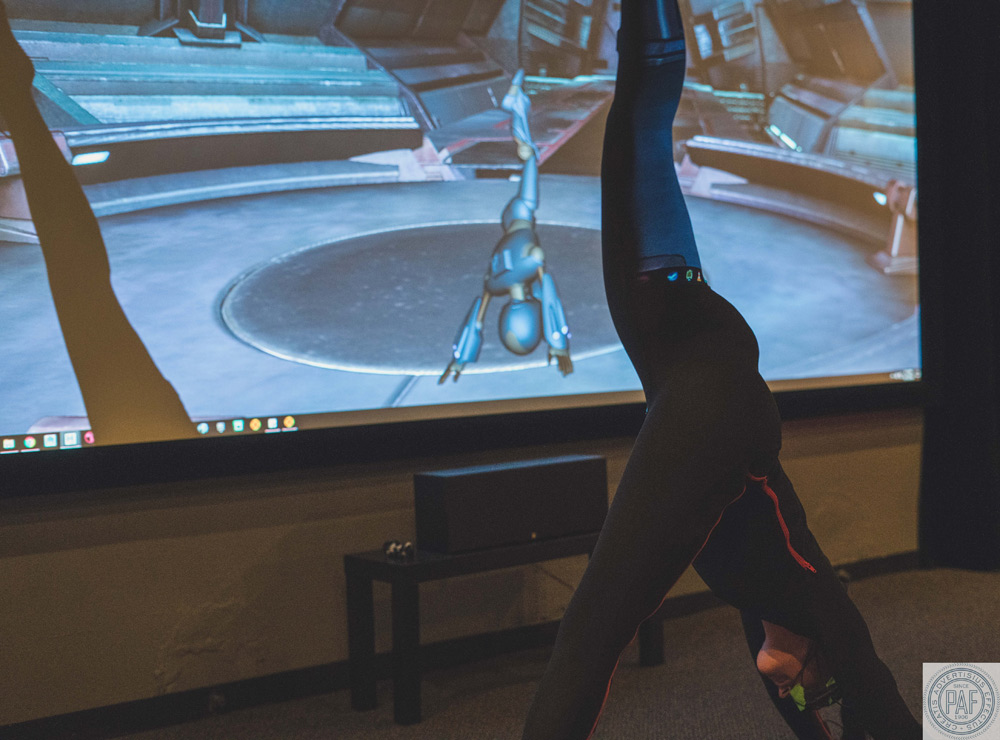 The Xsens MVN suit has allowed Hinge to try new kinds of techniques for The Forge, and attempt shots that previously would not have been possible within the deadline and budget.

“There’s a bunch of shots where we’ve got dozens of characters, and that amount of subtle animation takes a lot of time to animate by hand. Putting on the Xsens suit, you get all of those little nuances that you wouldn’t normally think about,” notes Hinge’s Animation Director, Alex Tysowsky. “Using the suit has allowed us to take on challenges such as those crowd scenes and also non-traditional alien characters that we would’ve had a lot more trouble doing if we didn’t have the suit, or wouldn’t have been able to achieve at the same level within the timeline. That’s been really invigorating in terms of what we can bring to the production of the show.” 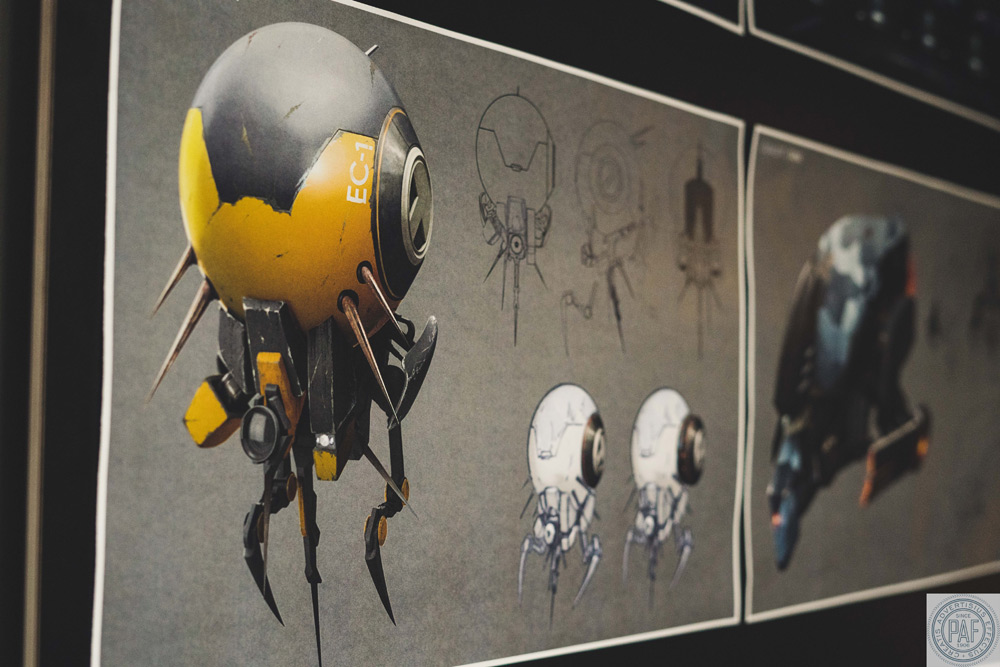 In addition to the practical and resource-conserving benefits, Gauthier adds that the Xsens suit has also unlocked new creative possibilities: “It gets us a lot closer to that something you get out of a live-action shoot, where the director can direct the talent to try this or try that. In a more standard animation workflow, when you’re doing it by hand or using libraries of animation you created previously, it is more specific and limiting because you don’t get that kind of spontaneous flexibility that you get from the Xsens suit. It’s a lot of fun, and it helps blend the worlds between the live-action that we do otherwise in production and our animation work.”

As Hinge marks 10 years in business and looks forward to what the next decade will bring, Gauthier believes Xsens technology will be key to the studio’s evolution as it co-develops more shows, experiments with fast-turnaround animation for social and innovative distribution channels.

“This is kind of a next chapter that we are starting right now,” Gauthier explains. “Bringing on the Xsens suit about a year and a half ago, that was one of the things that we wanted to do to really help push us into that next chapter: to be able to create content at a much more rapid pace — not only for existing projects like Toonami and commercial work, but also to be able to really approach content creation and animation in a much faster and more streamlined way.” 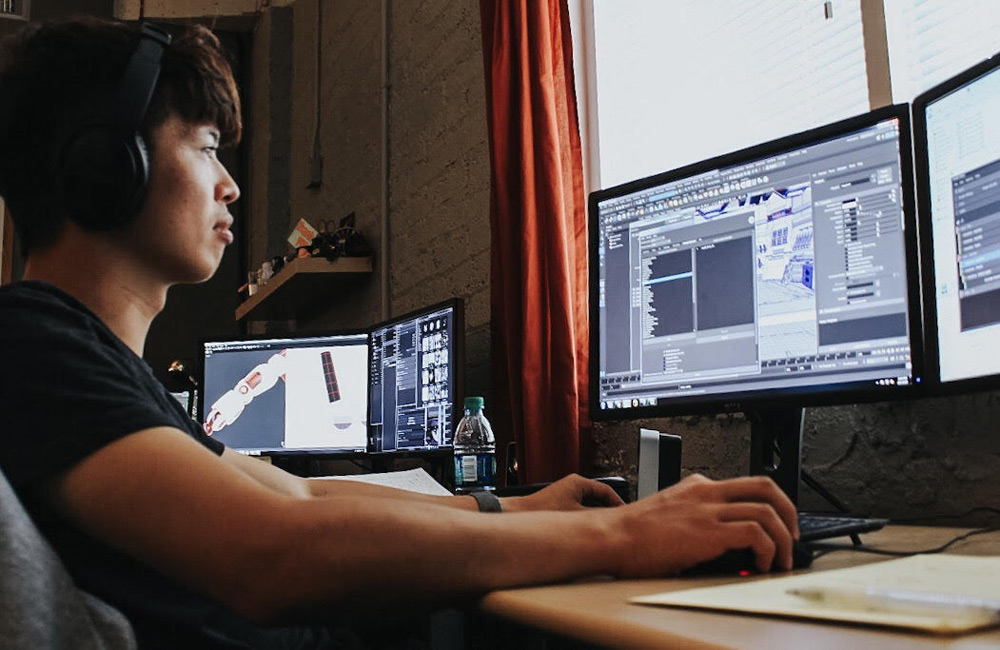 Hinge’s team is currently working on building a complete capture solution by pairing the Xsens suit with an iPhoneX-based facial capture solution, which Gauthier says will further streamline their workflow and enable even more seamless results. The principals are excited by the results using Xsens MVN so far, and see real potential in applying the tech to their ample commercial work.

“We work a lot with Nike, Adidas, Intel, Microsoft, BBDO, Publicis and Saatchi. They’re big brands and agencies, and the production schedules are not getting any longer — they’re getting shorter and shorter. The flexibility of being able to have the Xsens MVN suit on-hand and be able to shortcut the amount of time it takes to get to a realistic performance, and to get that client buy-off on those timelines is huge,” Gauthier continues. “For clients like Nike or Adidas, you get that speed and you get the realism of movements of a sports athlete. It’s all about performance, it’s all about accuracy and realism, and how the shoes or athletic gear is making your sports performance that much more effective. Being able to show that off is key.”

“Xsens has been a great addition to our workflow and our team, and it’s opening up a lot of new horizons.”