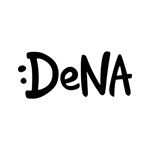 Fuel Entertainment and DeNA have announced a collaboration on a new animated series based on the interactive property World of Thingies. The show is planned for a worlwide release in a 2D, 11-minute episodic format, aimed at boys 5-9.

Fuel and DeNA have partnered with Vision Animation and Moody Street Productions (SheZow, Kuu-Kuu Harajuku) to develop the series, which will follow the adventures of the Thingies in a colorful, psychedelic universe called Landiland, and center on themes of good vs. evil and acceptance with comedy-adventure stories.