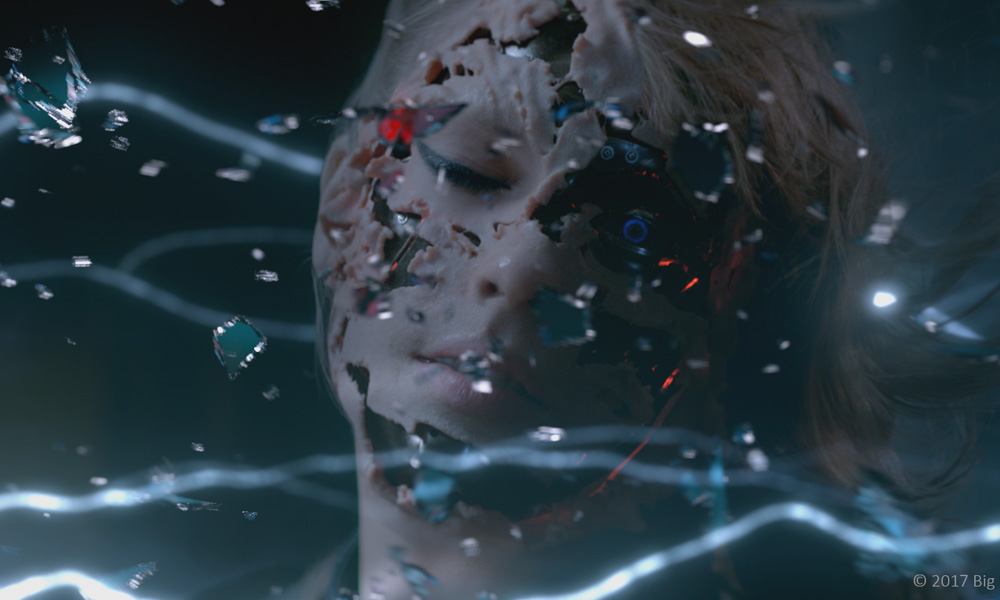 Taylor Swift "Look What You Made Me Do"

Chaos Group has released V-Ray for Houdini, a production-proven renderer built for high-end VFX and animation projects. Artists can now assemble their scenes in a procedural environment, using V-Ray for Houdini for even more control. Able to handle the most demanding pipelines, V-Ray for Houdini is production ready thanks to Ingenuity Studios, who have been using it since 2017 to create high-profile work ranging from Billie Eilish videos to The Walking Dead.

“We started using the alpha build about 30 minutes after it was released,” said Grant Miller, owner and VFX Supervisor at Ingenuity Studios. “We wanted to move scene assembly into Houdini, so we’d have more control over our instances and a tighter loop on VFX and look dev. If V-Ray for Houdini could take us there, we were all in.”

V-Ray for Houdini’s first test was on Taylor Swift’s “Look What You Made Me Do” video, whose CG snakes helped Swift poke fun at negative press and earn over a billion views. From there, its growth was organic, as new features and boosts continued to win over artists used to working with Maya and Mantra.

“I can’t speak enough to the responsiveness of the Chaos team,” said Miller. “They turned around countless features and bug fixes in no time. Their dedication to making V-Ray for Houdini a first-class integration is a big source of confidence.”

After the success of “Look What You Made Me Do,” Ingenuity were tapped again for Swift’s next video “…Ready for It?”, a Ghost in the Shell-inspired affair that had to pack robot faces, digital eyes, magical orbs, energy blasts, lightning and shattering glass into three and a half minutes. The ambitious video also had a set piece – a glass box – that had to correctly refract Swift and the effects around her at all times.

Since the team was still transitioning to V-Ray for Houdini, the box setup was created in V-Ray for Nuke, with the shaders and textures for the glass kept live so that refraction and reflectivity could be tweaked as needed on a per-shot basis. The VFX work was then completed in Houdini with .vrscene files exported for later use in Nuke, allowing the team to do look dev on the lightning and clouds in Houdini with full trust that everything would match when rendered, since V-Ray was used on both applications.

Having proven their prowess with glass boxes (and pop stars), Ingenuity was an easy choice for Interscope Records, who also wanted a glass box around Billie Eilish and Khalid for their single, “Lovely.” This time, the glass box and visual effects would take center stage, as “Lovely” would be shot entirely in one take using greenscreen. As the song progresses, Ingenuity’s effects would play off the glass box metaphor, calling back to the sadness of the lyrics as creeping frost and rippling water hold our subjects in.

“Billie and Khalid needed to be integrated inside the glass box and subsequently refract through it,” said Miller. “By exporting .vrscenes from Houdini and rendering with V-Ray for Nuke, we were able to keep their keys and roto live, making adjustments as the video progressed without the need to render updated keyed footage and round-trip it back through CG or FX. Having the flexibility to easily send assets and FX from one package to another made this all possible.”

Ingenuity used V-Ray for Houdini for look development. The interplay of glass box and VFX made Houdini a prime tool for experimentation, allowing the team to populate their environment with clouds, lightning, water, frost and splashes and see what worked best. After decisions were made, the studio rendered scenes as they saw fit, sometimes in Houdini, sometimes in V-Ray for Nuke, giving Ingenuity more flexibility with their pipeline and Eilish 303 million views and counting.

V-Ray for Houdini helped Ingenuity yet again when it effortlessly rendered a six billion poly scene for The Walking Dead – complete with rolling volumetric fog and a digimatte sky. In this scene, Rick Grimes enters a field of 9,000 zombies, a horrific sight that goes on as far as the eye can see. After the foreground elements were keyed and tracked using blue screen, the artists used Houdini to scatter the bodies on an art-directed terrain mesh.

While each character ranged from 500,000 to 900,000 polygons, depending on outfit and hairstyle, Ingenuity was able to keep the render times low using V-Ray for Houdini’s instancing features – a key to success for a shot that ran for several hundred frames. These features also removed the need for Level of Detail (LoD) tricks, helping Ingenuity bring a cinematic look to a popular production.

Work can vary widely over the course of a TV season, requiring tool sets that help Ingenuity turn effects around on a dime. The 2018/20189 season was especially busy and saw the team creating explosions for The Passage and Brooklyn Nine-Nine, a horde of rats for Counterpart, tropical birds for Superstore and a theatre set extension for black-ish.

“V-Ray for Houdini really crossed a threshold in terms of feature support and usability this past year,” said Miller. “We’d been using it and definitely enjoying the benefits, but at this point, it’s our primary tool for scene assembly and lighting.”

With V-Ray for Houdini, Ingenuity was able to hit their two-week turnarounds, producing cinematic effects for several projects at once. “The procedural nature of Houdini allows us to easily update our assets over the lifetime of a shot, without breaking shading or simulation setups,” added Miller. “From a practical standpoint, this means that the second we have a blocked-in model of an asset, we can publish it as a v1 and start rigging. V-Ray for Houdini helps us start right away so we can take on more projects at once. And that workload is only getting more intense.”

V-Ray for Houdini is available now Houdini and Houdini Indie 16.5.473 and later, with support for Windows, Linux and MacOS. Licenses are available for $80/month and $470/year.

Learn more about the software at www.chaosgroup.com and see more of Ingenuity Studios’ work at www.ingenuitystudios.com.

Taylor Swift “Look What You Made Me Do”