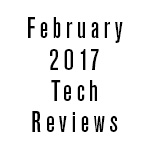 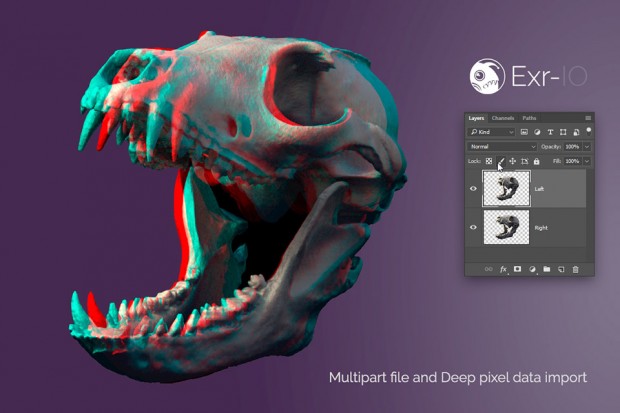 The visual-effects industry has been using EXR as its go-to image file format since forever. And by forever, I mean, the last 15 years at least. One of the key benefits of EXR files is that 3D renders can embed multiple channels of data into the same file — those channels usually add up to create your final RGB color image that everyone gets to enjoy. So, what’s so good about that? Well, it means that in compositing software like Nuke or Fusion, you can adjust the look of the image without re-rendering in 3D. Too reflective? Just reduce the reflectivity channel.

I’m simplifying it some, but you get the idea.

Anyway, wouldn’t it be fantastic if Photoshop would recognize the additional channels hidden in the deep recesses of the EXR file? And in turn, you could control them? It’d be a boon for concept artists. You know, those guys who create amazing artwork, but may not spend a ton of time in compositing software. Those guys who just want your 3D render to start painting it up. They don’t want to spend time extracting out the channels in some other program.

So, the good people at 3D-io, have created EXR-io to help out with this.

EXR-io is a Photoshop plugin that just recognizes when you are opening an EXR file and brings up a dialogue to ask what you want to do with it. And then it pulls out all of the channel data and put it into individual layers for you to combine (with linear dodge transfer mode) and then manipulate. You can mask out selected areas of specular, for example. Or, even cooler, you can get under passes to paint on the global illumination or lighting passes, which changes the quality of the base color without affecting your highlights.

After a concept paint-up is signed off, the PSD can be sent to Nuke as a guideline for the compositor, or even back to 3D, so more fundamental changes can do to the textures and shaders. Or even as your final, amazing image to post to DeviantArt.

And it’s free from www.exr-io.com.

Warning: Keep in mind that the color and math inside Photoshop is a bit different than the linear color workflows in Nuke and Fusion. So pay attention if you are working with other software. EXR-io has some training on the site for such things. But, if you are a Photoshop artist who just wants to make cool artwork!? Have at it! 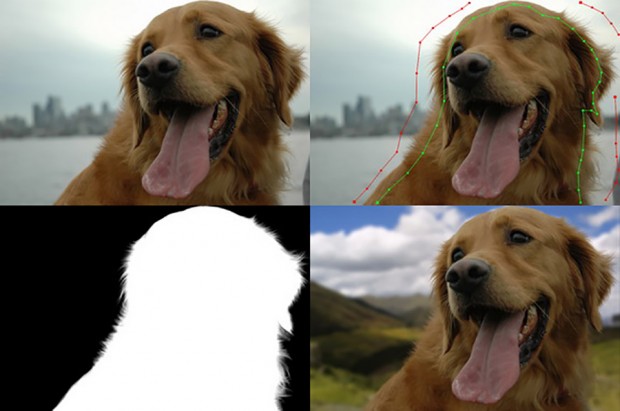 First and foremost, and this seems to be a thing now (listen up Photoshop), Silhouette has implemented a node-based compositor. So, you still have the wonderful rotoscoping tools you once had, but now enveloped into an ecosystem that provides fully fledged comps.

They come out of the gate strong (apologies for the continual sports analogies) with 138 image processing nodes — all GPU accelerated. And, that includes support for OFX plugins like Sapphire.

Roto tools are as great as ever, and have been expanded with more depth control, Nuke-compatible feathers and open shapes (along with a Nuke9+ exporter), And a crazy hierarchical tree that allows parent/child relationships between shapes and an IK system.

The node system pulls out task-based trackers, and opens up the tracking data to be used by multiple roto and paint nodes. And, for a pretty nominal fee, you can get a Mocha option to tie into Mocha Pro’s planar tracker, which I would totally recommend.

The paint system is non-destructive and a hybrid of vector and raster-based, and, like roto nodes, can be attached to the trackers.

Depth Tools are a toolset for creating depth information from 2D imagery for stereo work, but also, once you have depth data, you can use that for atmospherics and volumes among others. The tools offer some of the most common gradient-type processes, but additionally, roto masks will seamlessly blend between one another while creating depth maps of highly complex scenes.

And remember, all these Silhouette-centric tasks, are just the strong foundation which lives within a full-fledged compositor. It prices out at about $2,000, which may seem spendy in a world of monthly subscription software, but it places itself firmly between Fusion (free) and NukeX ($8,000). 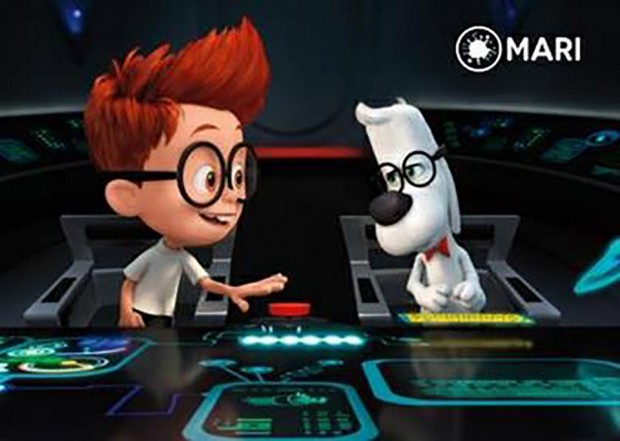 So, I’m a couple point releases behind for The Foundry’s 3D paint system, Mari. It’s already up to 3.2, and it has some pretty critical developments since the Mari 2 days.

Firstly, Mari was developed within the walls of Weta to meet substantial 3D production needs for texturing. The quality levels needed for today’s CG work is daunting, requiring a robust system for handling multiple UV tiles at sizes upwards of 32K — that’s 32,768 x 32,768 pixels. That’s billboard resolution. To compound that, artists needed smart ways for masking areas, painting into different channels, and then viewing a proxy result with lighting and such to make sure things are working.

The Mari team diligently works toward meeting those demands.

With Mari 3, the most exciting advance, in my opinion, is the integration of a node-based workflow, which is a no-brainer — The Foundry, after all, is the company that brings us Nuke. This procedural workflow, for me at least, is much more intuitive and non-destructive than the layer method, and like Nuke, Houdini, etc., you can make modifications and the changes will make their way downstream to the final results.

These nodes can be combined and saved into gizmos (as in Nuke), so that complex processes can be compressed into simpler controls — and then shared with others.

New to 3.2, they’ve added a Bake node that will bake the results up to that node and save it, alleviating potential heavy calculations if the entire script had to process. The node is aware of the state of upstream processes, so if something changes, it flags the artist of the change to indicate that rebaking should be done.

Generally, Mari archives your project with everything it needs, which makes for portability and sharing of files between artists. But in version 3, you can export particular pieces of sessions, including states of nodes, which can then be imported into new sessions. This removes the overhead of saving everything a project contains.

Mari now has shader support. Because Modo is in The Foundry family, the Mari shares a robust connectivity with Modo, and can use the Modo render for visualizing the textures. Modo procedurals are also supported. But The Foundry knows that there are other renderers that are prevalent in the industry — so support for Arnold, V-Ray, and Redshift shaders have been implemented. And for the gaming industry, Unreal is given some love, too.

I’m out of space, so quick round-up: Steady Stroke — like Lazy brush for ZBrush; Enhanced Texture Transfer, a point cloud-based workflow to transfer between models of different resolution, UVs, or even topology — can also extract displacement and height maps. And Pixar’s OpenSubDiv to paint on lighter models.

I bounce back and forth between Substance Painter ad Mari, depending on my needs. They both have benefits. But honestly, for serious film work, I think Mari still has a firm toe-hold, and if The Foundry keeps pushing advances like they did from 2 to 3, I think they are going to be there for a while.

Clip: LAIKA Whips Up a ‘Perfect Storm’ for Kubo
The Best Tech of 2016