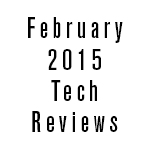 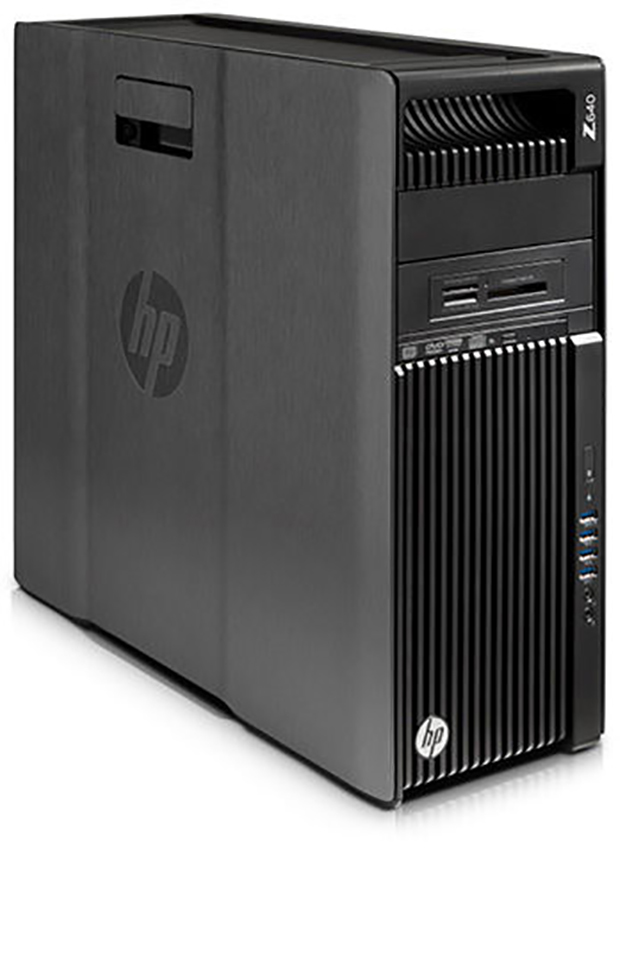 Last year, I was a gushing fool about Hewlett-Packard’s monster workstation, the z820. This year they introduced the new Z-series: z440, z640, and z840. I decided to go with the mid-tier z640 this time around because the z840 might be a few more horses under the hood than you might need for your production needs – and a little more cash. After all, facilities using the 800 series are doing calculations for things like – simulating the universe. Maybe something you don’t need to do.

So the z640 under my desk right now is so quiet that I continually forget that it’s there. It takes a slow render on my 5-year old MacPro to think, “Oh, maybe I should try this on the HP.” And then I ask, “Why am I even using this Mac anymore?” It’s a testament to the engineering of the workstation that it can run so deep and silent. And this engineering extends to the internal design that is completely tool-less, so upgrading hardware components is a breeze.

With four USB 3.0 ports on the front, and another 4 on the back, with a couple more USB 2.0 ports for good measure, you have plenty of room for peripherals. Additionally there are SD ports to grab the latest data from your cameras, audio devices, etc.

Internally, I’ve got a couple eight-core Intel Xeon E5-2667 v3 processors clocking at 3.2GHz threaded up to 32. Super fast for any purpose, but for lighter applications like print design or character animation, you could start much smaller. Or there is enough room on the motherboard to get to a beastly 18 cores per processor: equivalent to putting a Ferrari F136 into a Volkswagen Rabbit. It may be expensive – but you’ve got a fast Rabbit.

I’m also situated with an NVidia Quadro K5200 for graphics, but the HP hardware is calibrated to work with AMD as well. And, for memory, I’m capped out at 128GB for RAM. You can start out at 4GB (but who wants to do that?), and click your way up to 128GB – some configurations requiring both CPU slots to be filled. The z840 can go up to 2TB of RAM … just in case you want to store your personal genome in RAM.

Now, keep in mind … this is the Hewlett-Packard mid-level workstation. And it’s rippin’ fast. I should be participating in illegal drifting with this thing. With the ability to configure your own system within a vast range of components and pricing, one can quite literally design a workstation around the artist who is going to be using it. The demands of a concept artist and an FX artist are vastly different. You don’t need to be buying a $20,000 workstation for the first, and it’s useless to buy a $2,000 computer for the second.

With Hewlett-Packard’s recent announcement of creating two separate entities – one for enterprise level stuff, and one for personal systems, the idea is that they can provide more focused support for each demographic. So with this promise, compounded with customizable hardware that just kinda … works. It’s not a hard sell. 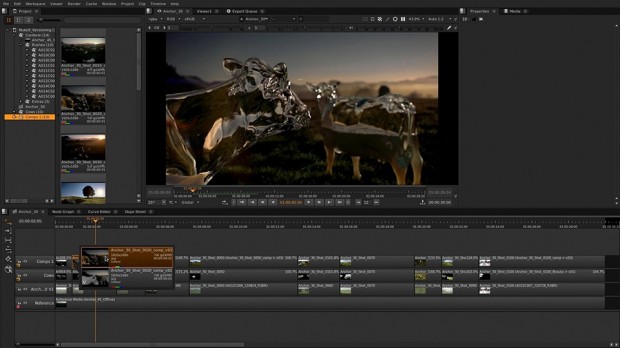 The Foundry recently released the latest version of it’s flagship software, Nuke and NukeX, bringing it up to version 9. In fact, as of this morning, a few weeks after the initial release, they are up to version 9.3 – which includes some bug fixes. And among all the new features, the biggest reveal is that of Nuke Studio, which is an attempt to bring editing, conforming, compositing, and grading into one cohesive workflow – but we’ll follow up with a review specifically on that later. For now, let’s hit on the new feature set for Nuke.

First and foremost, everything is faster. This is a generic statement for all software releases, but something to mention. Code has been optimized, but one of the bottlenecks has had specific attention: EXR and DeepEXR readers. These formats are ubiquitous so you can’t get around them, plus they can get heavy and unmanageable, and frequently the source of slow renders. However, the upsides of the formats are immeasurable – especially DeepEXRs. So, faster read nodes are a boon. And speaking of formats, the support has been expanded to MXF files for DNxHD, Sony RAW, and XAVC – plus they moved debayering of ARRI and Red files to the GPU to open up that pipe.

Other processor-heavy calculations have been thrown to the GPU. OFlow is one example, which also got a facelift to make the retiming functions more intuitive (something its big brother, Kronos, received as well). And the Scanline Render, another heavy process, has been provided with mip-map texture filtering in a number of flavors to optimize render times, especially with larger texture maps.

And over at the big kids table, NukeX received the same treatment and benefits, but its own retime/resampler Kronos comes with new algorithms to improve frame reconstruction when slowing down footage – reducing pulsing, stretching, and blurring. I used it on a shot of a crashing wave (which I thought would never work in a million, gagillion years). It performed flawlessly.

In conjunction with Kronos, the Vector Generator uses the same updated algorithms to create motion data from the footage. This information is fed into the new Motion Blur node, with its faster and more accurate results – which are also thrown onto the GPU through Blink

And if all that isn’t enough, the Planar Tracker was gifted with a new tracking algorithm for featureless areas. It was then stuffed into the roto node like a tasty turducken, to create on cohesive tool for tracking and roto – because, if you aren’t using those in conjunction with one other, you aren’t doing it right.

Like I said, I’ll touch on Nuke Studio in the next set of review because my time is up.

Oh! One more thing! And this might be the most exciting of all. TheFoundry is preparing a free, noncommercial, untethered license for those of you out there who want to learn, or you have personal projects that you are working on. Good news! 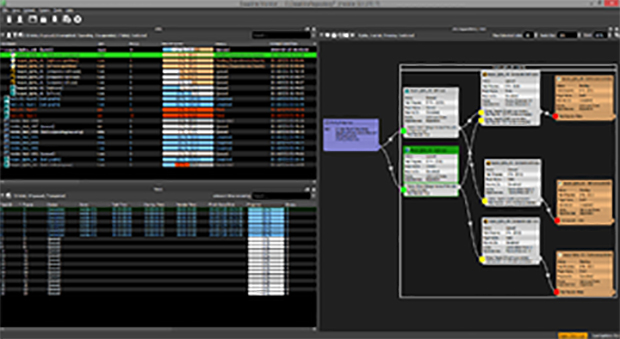 Thinkbox Software’s latest iteration of their render manager, Deadline, puts in a huge amount of additions and tweaks, but its largest focus has been on stream-lining the setup for using cloud rendering technology.

The ability for cloud management has been nestled in Deadline for at least a couple years now, but, for me at least, the prospect of setting up VMX (Virtual Machine Extension) servers for rendering has been daunting and as much as I’ve wanted to dive in, it was easier (albeit more expensive) to turn to already establish systems like Render Rocket or Zync Render (RIP … for now). With Deadline 7, Thinkbox has been courteous enough to provide wizards for getting you up and running quickly and efficiently. Cloud rendering is now a thing, and it’s becoming more and more important for smaller shops and independent artists. So, streamlining this becomes extremely important. By the way, this also applies to remote artists who can submit jobs to your private render cloud at your facility.

Another important upgrade has to do with licensing and how the slaves use those licenses. In the olden days of yesteryear, you might have rendering machines with a core or two. So, when a machine picked up a job, that machine was tied down until it finished. In that old paradigm, the newer machines that might have 48 threads running on a non-multithreaded process, one license taking up that whole machine doesn’t make sense. So now, you can run multiple slaves on a machine with a single license – not a license per slave. Again, it’s an incredible boon for the small guys who may not have a bazillion slave licenses.

The UI feels similar to Deadline 6, but an upgrade to QT and PyQT gives it more contrast and readability as well as retaining clarity at higher resolutions. Color schemes and layout can, of course, be saved, but also exported to share with other artists. And the Dependency Graph is critical for setting up deep, interdependent, automated scripts. And if you aren’t doing this, you should be. No one should be spending valuable time creating custom slates, or hand-rendering shots at different resolutions for clients. These are the tasks that should be delegated to Skynet.

Since Deadline can be customized to the Nth degree through scripting, you can integrate anything that can be called through a command line. But who has time for this when you are animating? Deadline 7.0 comes with a slew of new application support including After Effects CC 2014, Arnold for Houdini, Cinema4D R16, Fusion 7, Nuke 9 and Realflow 2014. Plus, it has FTrack integration to tie into your production pipeline. That makes support for either Shotgun or FTrack, depending on how to you like to spice your pipeline.

Check out the rest of features. It’s my render manager of choice, so I’m a bit biased. But If I thought it sucked, you wouldn’t hear me talking about it.