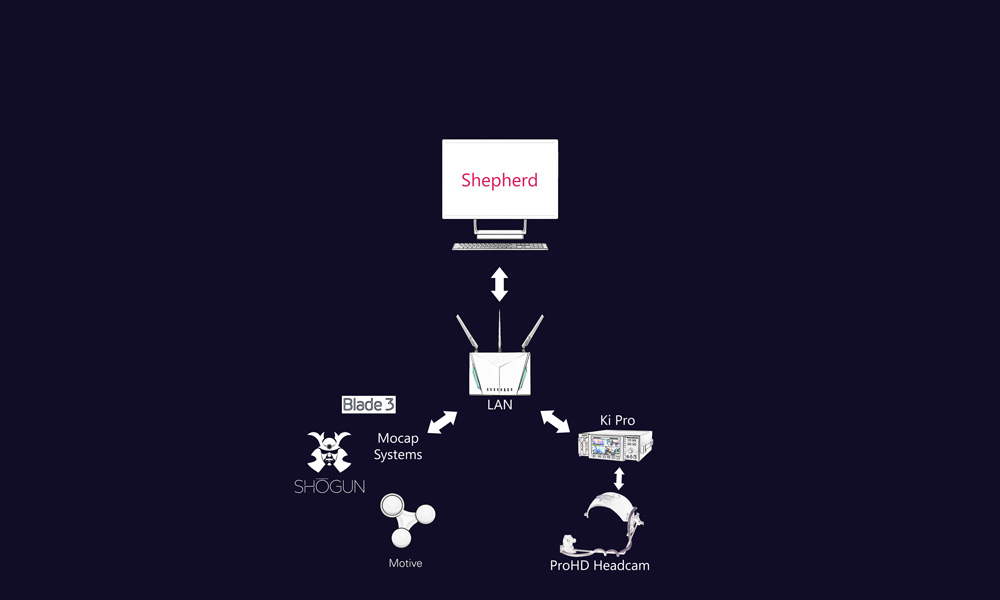 “In most mocap recording sessions, operators are working with one software package for body mocap, and another for facial mocap. This adds a lot of complexity and a lot of work for your operators,” said Peter Busch, vice president of business development at Faceware Technologies. “Shepherd syncs a studio’s face and body mocap pipelines, providing a more unified, succinct and automated motion capture process — something that is a key initiative for our users.”

Shepherd currently connects to Vicon and Optitrack mocap systems (with more integrations to come) to provide facial motion capture recordings that are in sync with body motion capture recordings. Shepherd also provides valuable tools for producers, like the ability to easily transfer clips from multiple Ki Pro devices simultaneously, as well as export a detailed list of recorded clips for review, editorial, or to be fed directly into an existing Faceware Batch Pipeline.

Shepherd will be available via a Closed Beta with select partners starting in October 2018. A wider Open Beta period will follow in November 2018 with a public release scheduled for early 2019. Clients who are interested in a trial version of Shepherd or want to participate in the Open Beta can contact sales @facewaretech.com.

Faceware’s software products identify the movement of an actor’s face from video and apply that movement to a computer-generated character. Together with its head-mounted and stationary cameras, Faceware’s technology is being used successfully in award-winning movies like The Curious Case of Benjamin Button and The Walk, and top-grossing games like Grand Theft Auto III-V, NBA 2K10-2K16, Destiny, Batman: Arkham Knight, Call of Duty: Infinite Warfare and DOOM. 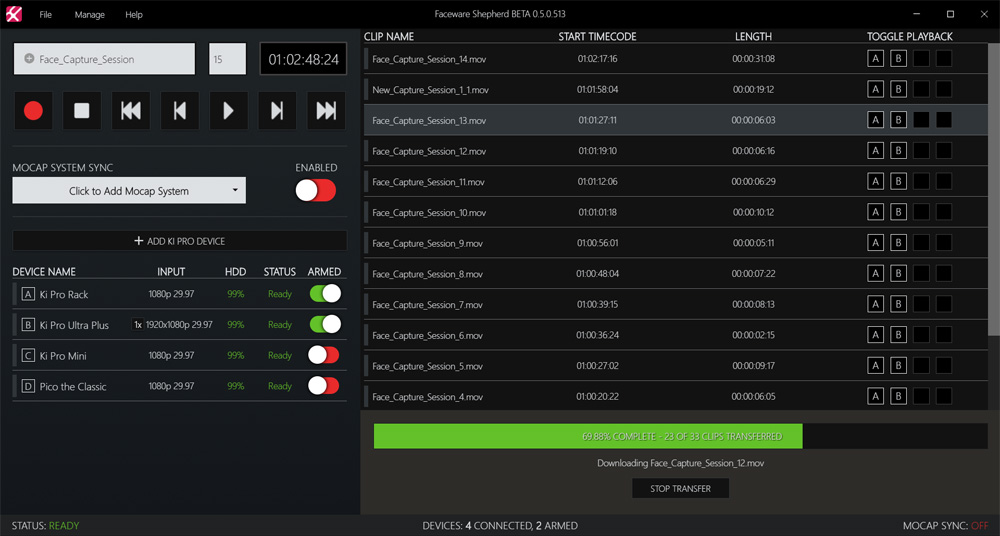 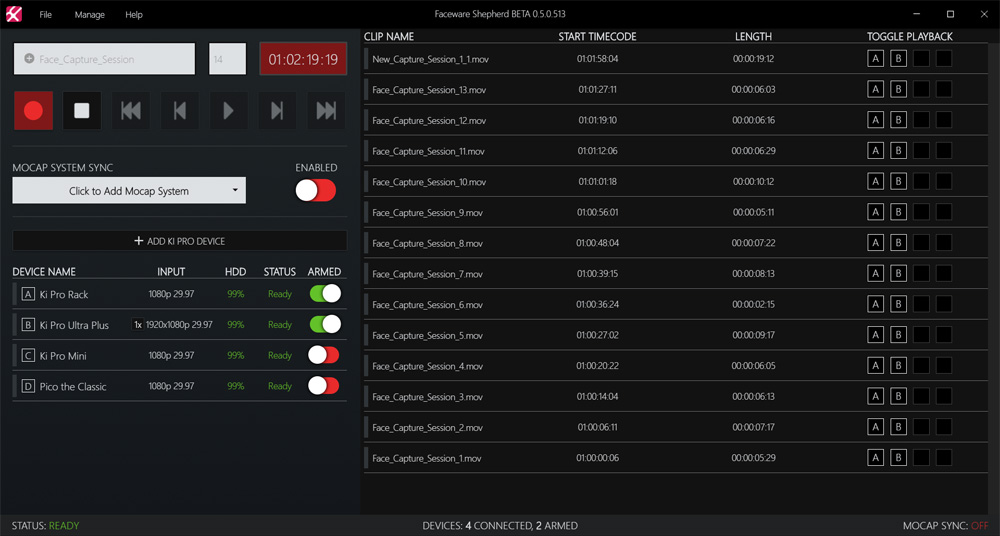 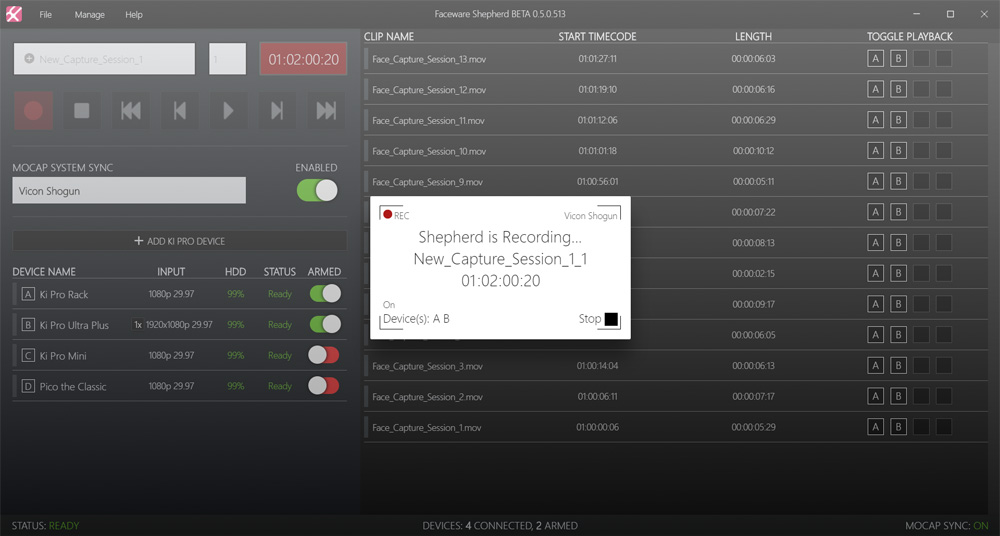 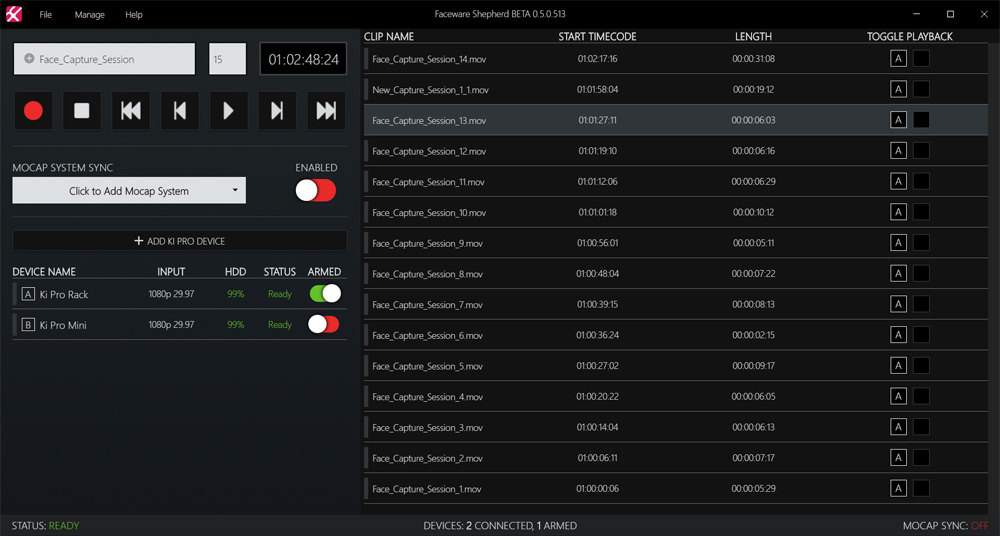