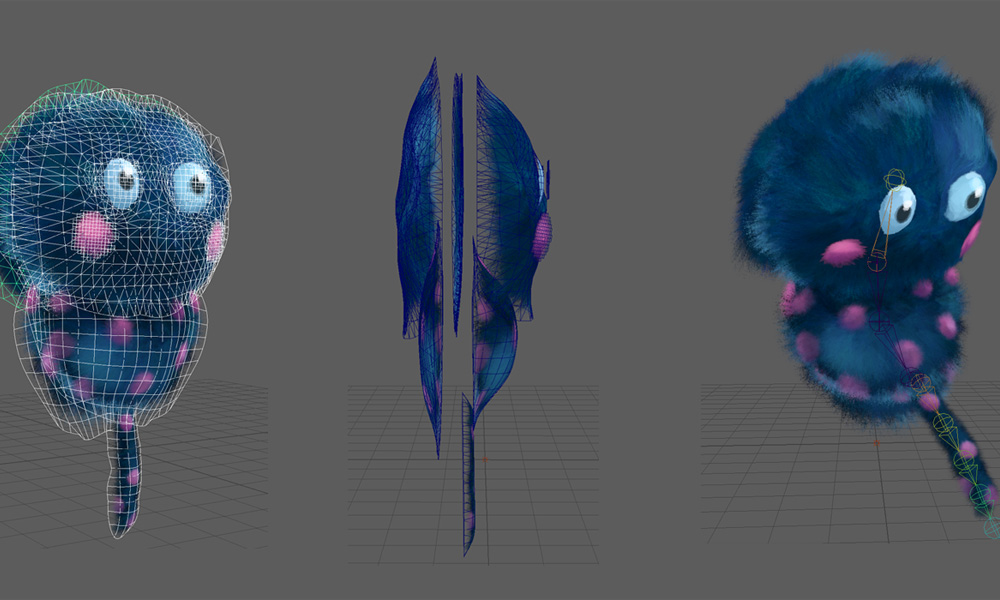 Montreal-based e.d. films has released PSD to 3D, a new plugin tool that converts 2D Photoshop drawings into 3D images. According to the studio, artists with little to no 3D experience can now bypass the modeling phase, turning Photoshop sketches into moldable scenes and characters, ready for animation.

“An illustrated look is hard to replicate in 3D, even if you know the software,” says Daniel Gies, Art and Tech Director at e.d. films. “With PSD to 3D, every line and brush stroke is passed onto the 3D meshes, so artists can bring a unique look to their animations.”

PSD to 3D was developed in-house at e.d. films. While the converter is production-grade, it is also simple enough that a 3D novice can start converting Photoshop drawings and paintings within minutes. After conversion, the 3D objects will be available within Autodesk Maya for tweaks, including depth and resolution. All objects correspond to the original Photoshop layers, giving artists an easy way to build up and adjust scenes and characters.

PSD to 3D replaces an outdated After Effects method that often requires artists to produce hundreds of layers to achieve a 3D look. Since After Effects wasn’t made to be a 3D engine, the process is slow and difficult, lacking the real-time speed that most artists use to iterate effectively. With PSD to 3D, a simple conversion makes all of Maya’s tools available in minutes, helping artists animate much faster.

e.d. films has prepared a short demo showing how artists can start using PSD to 3D on their animated projects today. e.d. films will also be releasing eight new assets into their online store including custom sound bundles, handy scripts, workflow helpers and special assets like sparkles, fog and bugs. These items join a growing list of tools, brushes and animated aids that e.d. films make available after every production.

Founded in 2007, e.d. films has become an industry favorite thanks to its unique style and unwavering commitment to sharing its processes and knowledge online. In 2018, e.d. films launched a store to provide access to the tools it creates during its productions, including Giant Bear and the upcoming short, Hairy Hill. e.d. films’ reel can be seen at: https://youtu.be/cPNXCdfgA-o.

You can see the plug in demo, click here.