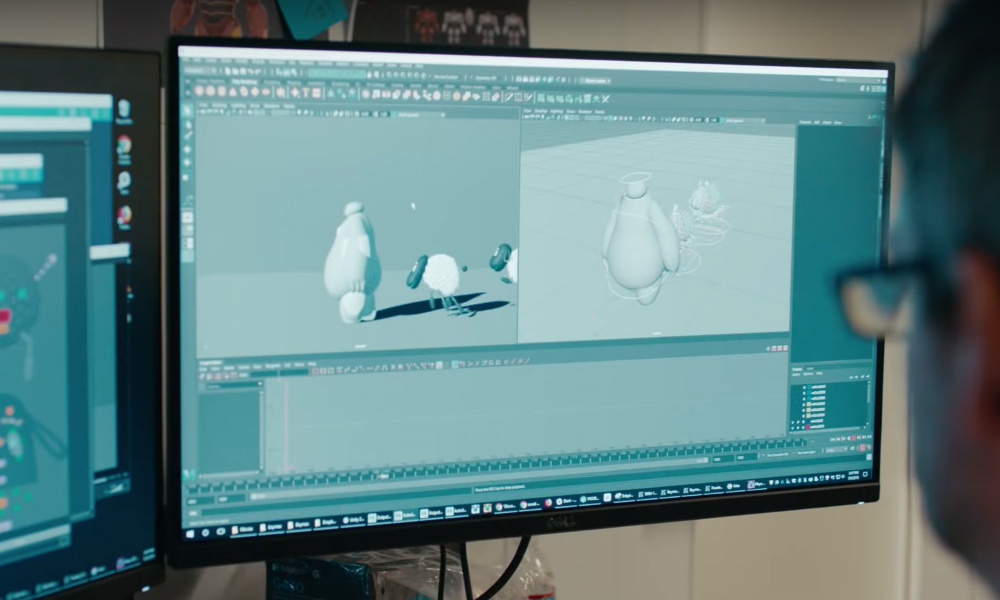 Behind the Scenes on "Baymax Dreams"

Disney Television Animation has announced Baymax Dreams — a trio of new two- to three-minute animated shorts based on Big Hero 6 The Series, coming to its digital outlets soon. In a unique collaboration, the studio teamed up real-time 3D development platform creator Unity Technologies (www.unity3d.com) to create the broadcast-quality videos with real-time rendering technology. You can learn more about how Unity’s video game solution was used in the behind-the-scenes clip below.

Directed by Simon J. Smith (Bee Movie, Penguins of Madagascar, Shrek 4D), the shorts dive into the dreams of cutting-edge robot Baymax, where he encounters electronic sheep, bedbugs and duplicates of himself! Baymax Dreams will debut on DisneyNOW and Disney Channel YouTube on Saturday, September 15.

“We are always looking at how our teams can innovate in ways that help move the industry forward — it’s in our Disney DNA,” said JR Grant, Senior Vice President, Product and Technology, Direct to Consumer and International, The Walt Disney Company. “Baymax Dreams and the technology used to create these shorts represent an evolution of the traditional animation production process that allows for greater freedom, creativity and the ability to easily produce content across multiple platforms.”

Unity technology speeds up film and content creation while giving studios the freedom to do layout, animation blending, light, VFX, rendering and compositing in one place, at the same time.

“Working in Unity is like having every department at your fingertips — it completely revolutionizes the production process,” said director Smith. “The results of Unity’s parallel, non-linear workflow and real-time rendering meant we were able to make Baymax Dreams in half the time — allowing us to spend the other half on experimentation and the creative process.”

Unity will dive deeper into the collaboration with Disney Television Animation with a series of hands-on demos and discussions at SIGGRAPH (Aug. 12-16 in Vancouver, BC) in Unity’s breakout sessions in Room 18 in the East Building:

“It’s great to see the magic of real-time technology come to life with a collaborator like Disney Television Animation. Our tools allow filmmakers of all sizes, from small indie shops to blockbuster movie studios, to iterate at the speed of thought. We can’t wait to show SIGGRAPH attendees how we are working together to push the boundaries of what’s possible in television, film, and beyond,” said Clive Downie, Chief Marketing Officer, Unity Technologies.