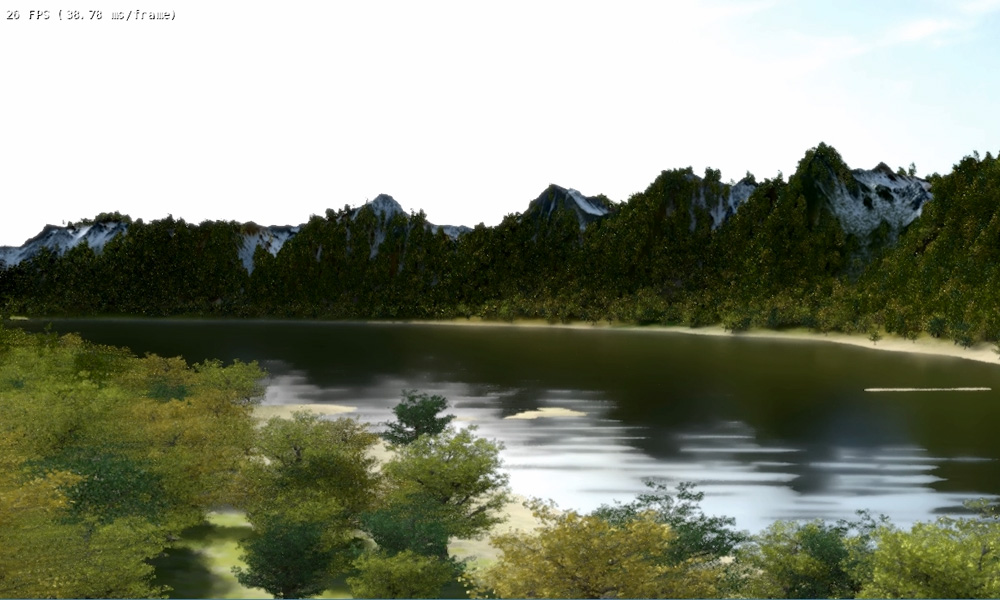 Project Lavina, named after the Bulgarian word for “avalanche,” debuted as a SIGGRAPH tech demo, depicting a massive 3D forest and several architectural visualizations running at 24-30 frames per second (FPS) in standard HD resolution. Rather than using game engine shortcuts like rasterized graphics and a reduced level of detail, each scene features live ray tracing for truly interactive photorealism. Lavina is able to handle massive scenes at real-time speeds – over 300 billion triangles in one case – without any loss in detail.

“We’ve been developing ray tracing technology for 20 years, and this is one of the biggest breakthroughs we’ve ever made,” notes Vlado Koylazov, co-founder and CTO at Chaos Group. “Real-time and ray tracing coming together is the beginning of something big.”

The SIGGRAPH tech demo uses 3D scenes exported from V-Ray-enabled applications directly in Lavina. Unlike a traditional game engine which requires assets to be rebuilt and specially optimized, Lavina dramatically simplifies this process with direct compatibility and translation of V-Ray assets. Upon loading the scene, the user can explore the environment exactly as they would in a game engine, and experience physically accurate lighting, reflections and global illumination.

Chaos Group is also behind the beta release of V-Ray for Unreal. Seeing a growing demand for real-time applications, Chaos Group has developed a way to tie ray tracing to both kinds of workflows, upping the fidelity of this emerging medium. Users will be able to apply the most realistic style of rendering to every type of interactive project, including 3D configurators, virtual productions and VR, using the toolset they like best.

“This breakthrough was made possible by partnering with NVIDIA, whose Quadro RTX GPUs helped unlock the next level of real-time experiences,” says Peter Mitev, CEO of Chaos Group. “From here, Project Lavina’s mission will be to focus on pushing the quality and speed of real-time ray tracing.”