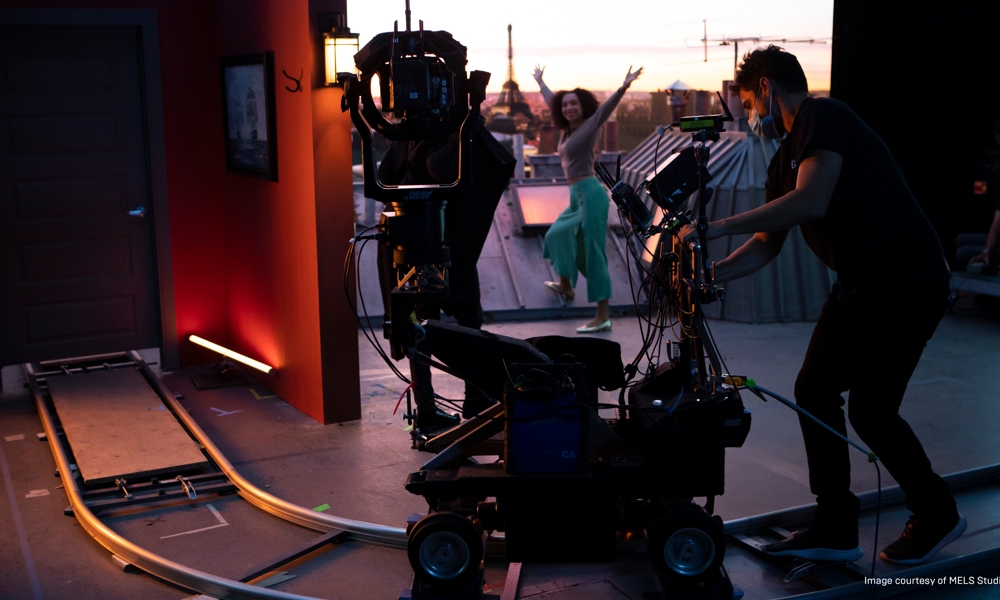 Epic Games has today released the second volume of its Virtual Production Field Guide, a free in-depth resource for creators at any stage of the virtual production process in film and television. Available as a PDF download, this latest volume dives deep into workflow evolutions including remote multi-user collaboration, new features released in Unreal Engine as well as what’s coming this year in Unreal Engine 5, and two dozen new interviews with industry leaders about their hands-on experiences with virtual production.

You can download Vol. 2 of the Virtual Production Field Guide here. 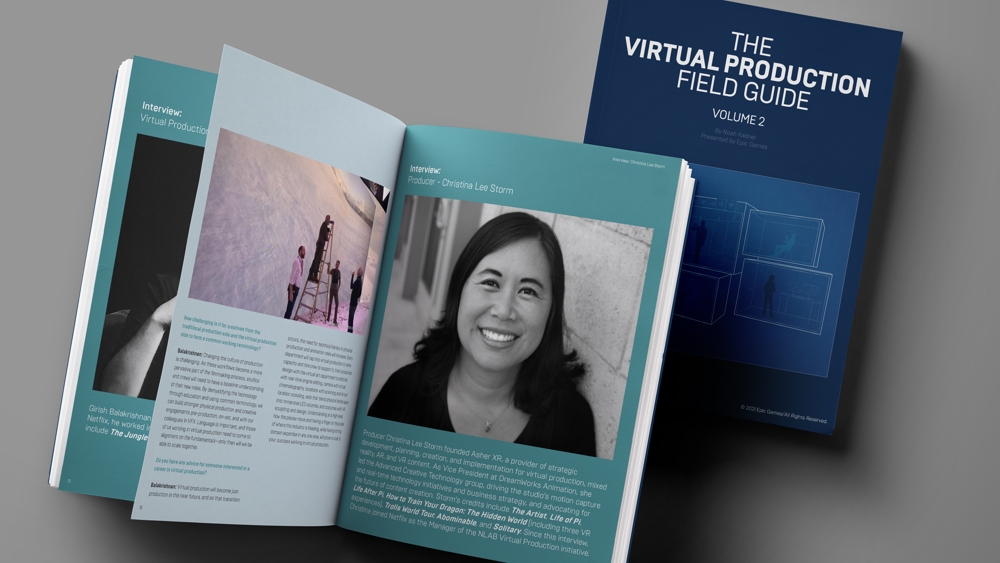 To mark this valuable follow-up to the July 2019 Guide, we heard from Head of Digital Jason Chen about how feature animation studio BRON Digital (The Willoughbys, Henchmen is leveraging virtual production and remote collaboration to connect top creative talents around the world and deliver high-quality work in an affordable, COVID-safe way.

Chen has worked in VFX for over a decade with top studios like Weta Digital and ILM on big-screen feats including Avatar, Jojo Rabbit, Real Steel, Star Trek: Into Darkness, Bumblebee and Thor: Ragnarok. BRON Media launched the division last year. 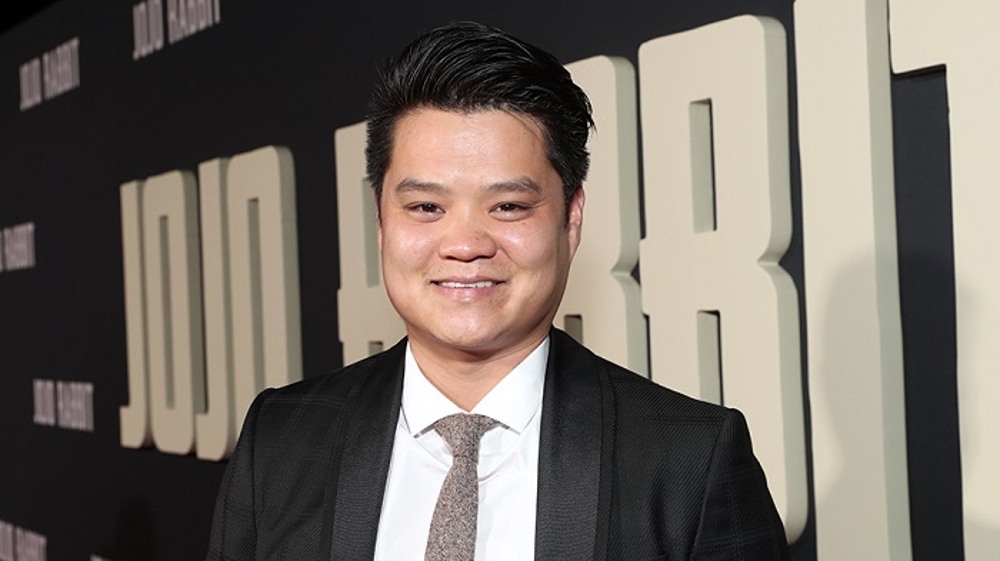 Where does Unreal Engine fit into your workflow?

Jason Chen: On Fables, our current project, we have a virtual art department based mostly in New Zealand. We have our animation lab and environment design team in Vancouver. Then all the creatives, the director, myself and a lot of the mocap performers are in Los Angeles, and we’re all working cohesively in one little virtual box.

We’re embedding Unreal Engine from the early stages of asset creation, look development and character design through final render and delivery. We’re taking experience from live-action virtual production workflows and traditional animation workflows, and combining them into this fantastic pipeline. We’re also bringing live-action industry professionals such as Ra Vincent, the production designer of Jojo Rabbit and Thor: Ragnarok, and having them guide a virtual production team through their prep.

Virtual production and game engine technology have been in my blood since the beginning of my career when I worked on Avatar. It’s really exciting to see how it’s progressed, and I can’t wait to see how it progresses for the future. Just seeing what’s possible in UE5 is remarkable.

And everyone works from home, even the mocap performers?

The performers we hire are veterans in motion capture and also technical people who understand the medium. We’re able to send them an Xsens mocap suit in a Pelican case with a laptop. They’re capable of putting everything on, calibrating and syncing up. I’m doing virtual cameras in my living room and able to cover an entire scene in two hours.

We’re also working within Perforce and able to update assets on a 24-hour basis, with teams all around the world. It’s almost more efficient than just a singular team in one spot. Work is consistently getting updated, things are being built, and you notice new updates every day. 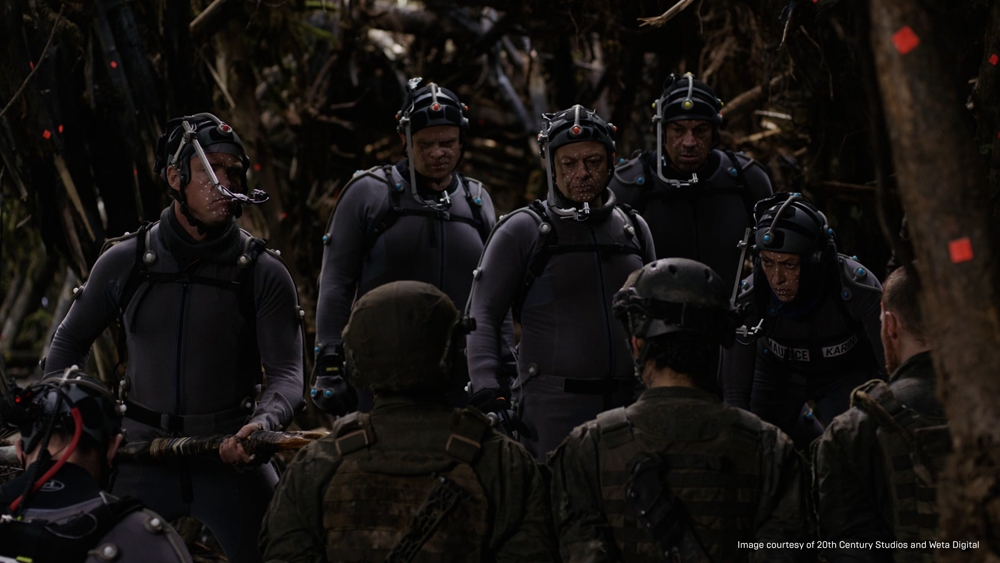 What is causing the industry to push into real-time animation?

I worked at ILM for a while and was there when Kim Libreri transitioned to Epic. He has such vast experience in visual effects and the techniques that create stunning visuals, that his contributions to the engine have really brought it to the next level.

My goal is also to integrate motion-capture techniques and get that base layer of performance because it’s so valuable. The tools are getting better and better. We can do virtual cameras in our own home now, and thinking back to 10 years ago, we would need hundreds of thousands of dollars to get a system up and running. It’s really an exciting time to be in this next wave of content creation.

How do you manage assets to be performant in real time but still have high image quality?

There’s a balance. You could have millions of triangles in a single model, but with a combination of materials, shaders, textures and displacement maps that the engine provides you, it doesn’t matter. You can optimize and make it still look fantastic, where you can’t perceive the difference between a model with a billion polygons or a hundred thousand.

Skeptics are trying to find the catch with real-time. The engine is living, breathing, changing and evolving. It’s on its way to being the be-all-and-end-all solution, but you have to work at it. The iterations happening now are a combination of so many people in the user base, all contributing to it and helping it to grow.

Is it challenging for creatives who are not highly technical to contribute to virtual production?

It’s intimidating the first time around, but once you bridge the gap and say, “This is a location scout, this is a camera and this is a lens,” you can make them feel comfortable. On Fables, one of our directors had used his first greenscreen a month before quarantine, and now he’s directing an episodic show entirely within Unreal Engine.

As the supervisors and producers, we need to help guide them, because at the end of the day, filmmaking is filmmaking. We’re still going to have a medium shot, a close-up, and a wide. Unreal Engine gets us back to the core of filmmaking and allows the creatives to be more exploratory.

How has the need for remote collaboration affected your workflows?

There’s a massive shift in mentality because of the state of the world. The idea of choosing remote collaboration seemed too good to be true, but now people realize it works because they are literally forced to understand it. Now that we’re able to work from home, it opens up an entirely new thought process because we can pick the best people from around the world to contribute to a project. We’re in three countries right now, and we’re pushing through a pipeline that’s never been shaped in this way before. 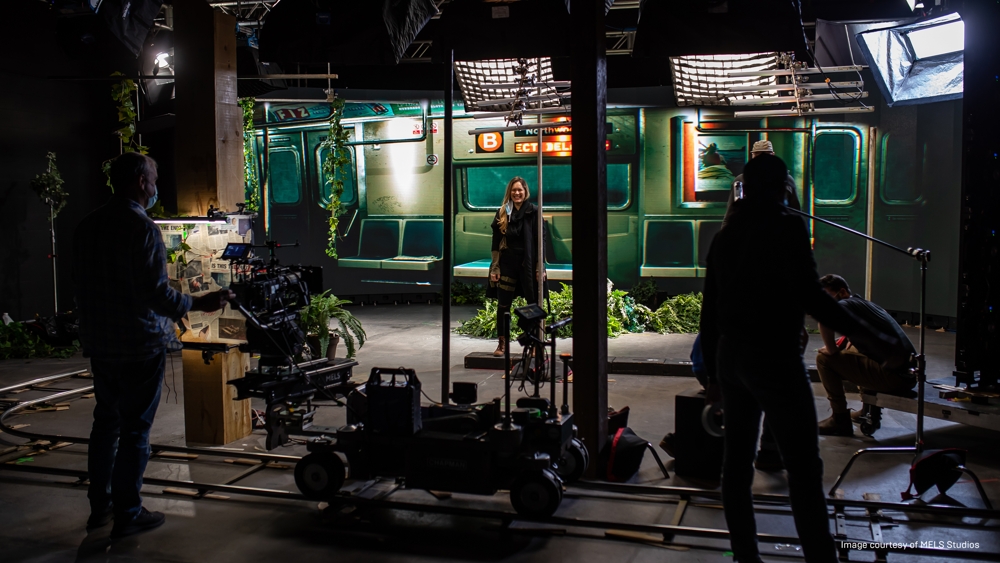 Is real-time a paradigm shift for visual effects, or more of an evolutionary step?

It’s a combination of both. Within the visual effects industry, it’s a monumental shift, but our job as professionals is to make the transition seamless for the general public. The images will get better because it’s been happening for a long time, but always in the background.

Once gaming technology and virtual reality become cool, the public will feel the shift more directly. For the longest time, computers were not seen as something cool until the iPhone came out. Now everyone, whether they like it or not, is a tech person.

Do you have any suggestions for someone interested in a career in virtual production?

The beautiful thing about Unreal Engine right now is that everyone, from 20-year veterans in the visual effects industry to college students just graduating, is on the same level field. People who want to get into this industry should go online and start learning. Epic has done such an incredible job of making information available. And it’s an open-source community where you can find people pushing the limits of Unreal on a daily basis. So, my advice is just to do the homework, because we are all doing that right now.

Where do you see Unreal Engine evolving in the future?

I feel that the engine will evolve into not only a tool that is used by technical artists, but one that creatives of all ages and skill sets can utilize to help realize their unique visions. World creation is the next step — and when creating worlds, it’s important to remember the 100-plus years of filmmaking skills and tools that helped shape the visual language of film and television. Preserving these looks will be extremely important as we move forward in this digital world.

We would love to incorporate distortion maps and lens grids from all types of lenses (anamorphic, spherical, macro) that were around since the Ben-Hur days and are still consistently used on movies like Scorsese’s Goodfellas and J.J. Abrams’ Star Trek. We need to preserve them for the engine so we can replicate those looks. Having my roots in traditional VFX, I understand the importance of those distortion maps because each lens is unique and has its own character. Unreal Engine will allow us to capture the best practices of traditional filmmaking and push them forward for the new generation.

Visit Epic’s Virtual Production Hub to learn more about the latest evolution in film. Download Unreal for free at unrealengine.com. And, learn all about BRON at www.bronanimation.com.