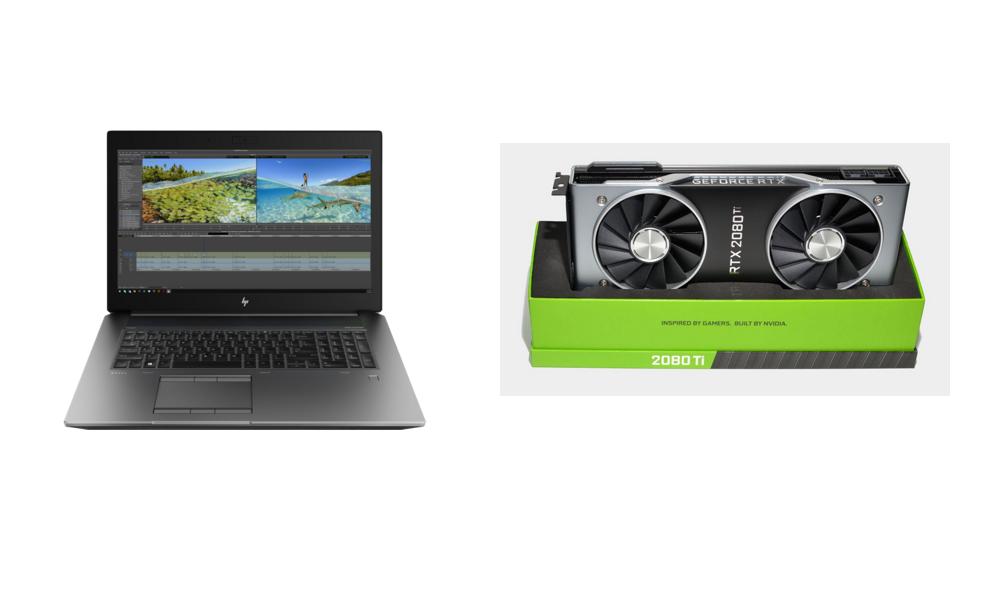 Over the past year, I’ve taken a look at laptops that have incorporated the Nvidia RTX line of graphics cards, including this issue’s review of the HP ZBook 17 G6. But it’s been a while since I looked at the workstation cards. My last one was a more in-depth online review using a Titan RTX with pretty stellar results. And given the time since then for the software developers to catch up to the hardware, we’ve seen more and more tools that are speeding up — in big ways.

This month, we are looking at the GeForce 2080 Ti. It’s been out for some time, but it’s worth a look because it is extremely powerful, but less than half the price of its big brother, the Titan RTX. In fact, the performance is surprisingly similar, within certain reasonable parameters.

The 2080 Ti has the same physical profile with a dual cooling fan setup. They use about the same power consumption. The Boost Clock is 1,635 MHz versus 1,770 MHz on the Titan. And it has 11 GB (not too shabby) versus the 24 GB on the Titan. However, when I started running side by side comparisons, at least for tools made for us artists, the results are astonishingly close. In fact, I had to make a concerted effort to build a scene big enough to cap out the 11 GB of RAM on the 2080 Ti so that the Titan RTX would pull ahead in the race — boosted by the ability to hold more stuff in its 24GB. 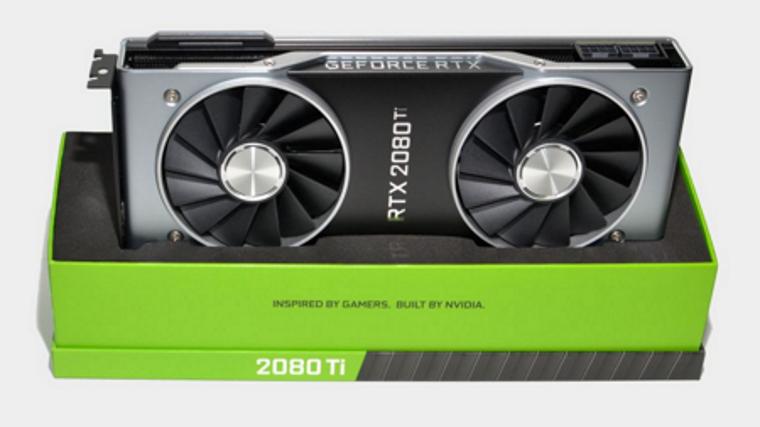 In running the OctaneBench 4.0, the 2080 Ti scored a 303.8 against the 304.5 on the Titan. This is basically neck and neck. So, when both cards could pull the entire scenes onto their RAM, the performances are nearly indiscernible. I also found similar performances in V-Ray Next in 3ds Max and Maya, Arnold, Resolve and REDRAY Player. As long as you were keeping it below 11 GB, the cards stayed together. This is a pretty good argument for aiming toward the 2080 Ti for your GPU acceleration needs, for most of your scenes.

The other variable that factors into the price difference is the market the two cards are made for. The Titan RTX does have its fair share of RT cores — the ray-trace accelerators — just as the 2080 Ti does, but it’s the Tensor cores in the Titan that make the difference. These are the ones that accelerate AI and deep learning, compiling data from enormous datasets. Artists who are making pretty pictures and cool visual effects may not need that kind of raw power. So the investment would be similar to installing a nitrous boost in your car when you never leave a school zone. You will never use that power!

So, unless you need to create some serious deep fakes in record time, you are going to get the same type of performance from the 2080 Ti for the majority of your rendering needs as you would with the Titan RTX. It’s still not a tiny investment as far as graphics cards go, but you are getting top notch performance, while saving $1,300.

First thing I have to say is that this laptop is a beast: It has an aluminum and magnesium build, a 17” screen, and inch-thick chassis bringing it up to 7 lbs. out of the gate. It’s definitely in the heavyweight fighting class. And it’s built like a tank, going through tons of trauma and damage tests — including close-proximity explosions. That’s right, explosions! It’s probably not so important in the animation field, but it’s good to know the laptop is that robust.

There are a bunch of ports (two Thunderbolts, three USB 3.0 — one a charging port, HDMI and a Mini DisplayPort.) A Blu-ray/DVD writer provides a happy addition that I’ve been missing in smaller models as of late. My test model has 64 GB of RAM (but it can go up to 128 GB) and an Intel Xeon E-2286M clocking 2.4 GHz with boosts up to 5.0 GHz. For storage, I have 1 TB, but it looks like you can get up to 6 TB of NVMe (non-volatile memory express) storage. That’s a lot of power to carry around in your backpack.

The display on my review model is a UHD DreamColor coming in at 400 nits of brightness. So, the contrast is great, and HP has already established their DreamColor monitor as among the highest rated monitors for color accuracy — and an industry standard for visual effects. 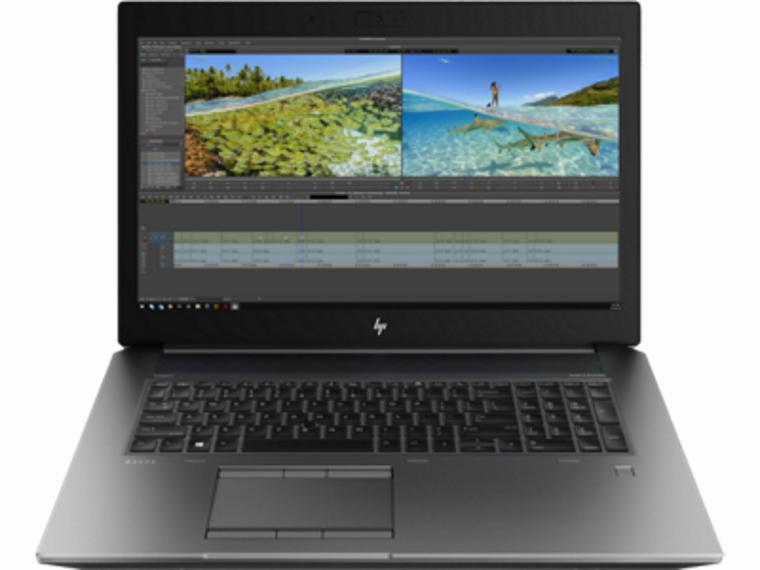 There is also some HP-specific hardware centered around collaboration and security. The webcam, which is used for facial recognition login amongst other things, has a physical shutter on it that you can slide shut in case you are an expatriate running from the NSA. You also have the alternate ways of logging in: via fingerprint or simply typing in a password.

For collaboration purposes, a third, forward-facing mic provides a couple of magical things. One, the mic will pick up additional people who are in back of the laptop during a Skype call or Google Hangout. It’s so good that some prefer it over phones designed for conference calls. The other asset is that the third mic is listening to the ambient noise in the room, and it can use that to subtract it from the voice of the user — so, in essence, you have a real-time noise reduction system.

All of this is fabulous, but for our purposes, it’s the Quadro RTX card that kicks things up another level. Either in the 3000 with 6 GB, the 4000 with 8 GB or the 5000 with 16 GB, each of these cards are specifically geared to accelerate ray tracing, deep learning and AI. With an OctaneBench score of 165 — most of the scores above are based on multiple cards. And while it may not rate near the 2080 Ti and Titan RTX, it’s pretty impressive for something in a laptop.

The 17” G6 lives up to its name as a mobile workstation. It’s powerful and it’s heavy duty. I mentioned that it is a beast, so that means it won’t be cheap. You can start around $2,500, but it will quickly escalate. The model I’m testing specs out to around $6,500. But if you are serious about your work and you need to be on the go, your ROI is going to be immeasurable.