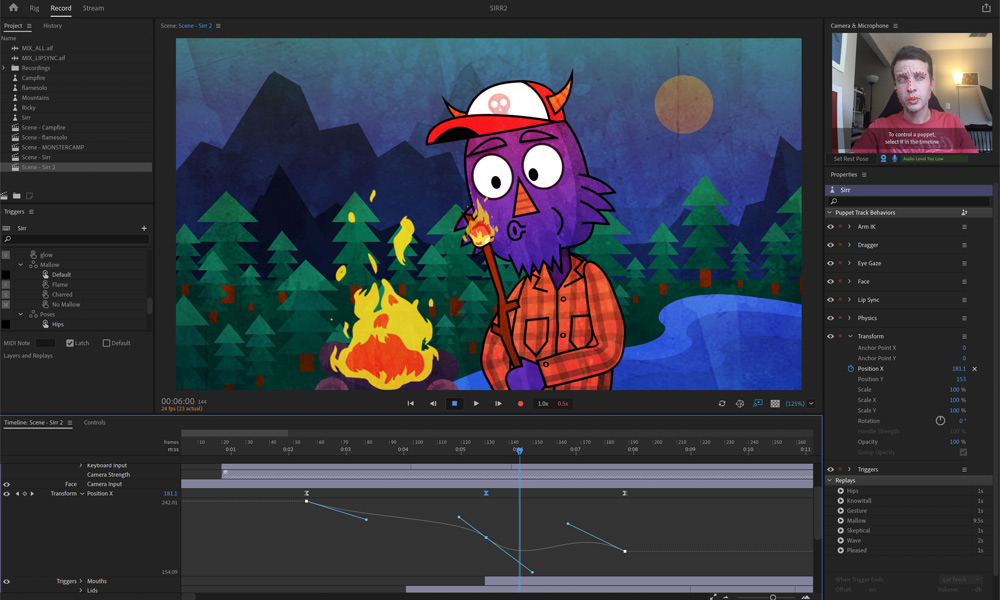 Character Animator — Adobe’s real-time animation tool that translates motion capture into seamless animated puppet movement (as in the famous Homer Simpson live call-in event) — has added a greater level of precision and control for users with a new Keyframes feature.

Similar to Keyframes in the developer’s After Effects and Premiere Pro toolkits, Keyframes in Character Animator gives creators a simple way to animate behavior properties, like the effects of wind strength or gravity direction. Adding to the program’s real-time strengths, these properties can be triggered on-the-fly to enhance live performances.

Keyframes adds a new dimension of liveliness and impact to Character Animator creations, which are ideal for streaming to social platforms like YouTube and Facebook as well as live broadcast. The new feature joins other recent improvements such as Characterizer, which allows you to create a stylized animated character using a piece of artwork or your webcam in moments; Replays, which lets you save your best take and create a trigger to re-use it live or in another recording; Magnets that let your puppet manipulate props; and additional shoulder and hip-tags to improve three-quarter posed characters’ walking behavior. 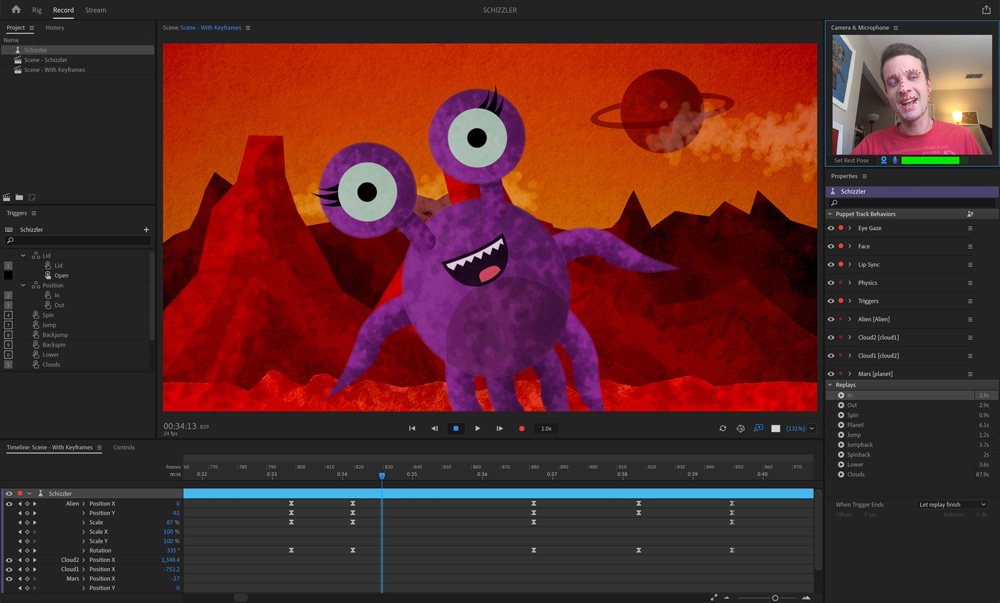