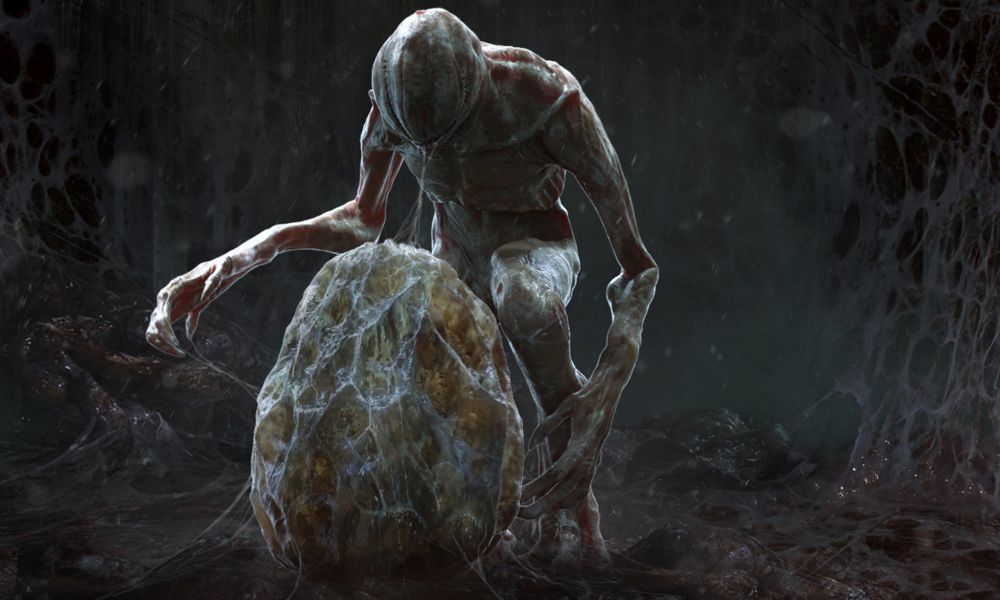 Executive Producer Michael Pecchia walks us through a new way to deliver on time and on budget.

Why wait to “Fix It in Post” when you can take advantage of the latest real-time VFX technologies and get a head start to “Fix It in Prep”? From a monstrous Demogorgon, to virtual sets from a galaxy far, far away, learn from VFX industry veteran and Executive Producer Michael Pecchia how Aaron Sims Creative (ASC) is revamping traditional concept design and VFX and saving studios time, money, and resources by implementing a Fix It in Prep workflow.

Aaron Sims Creative is a design-heavy VFX house with roots in pencil-to-paper. Its founder, Aaron Sims, was one of the pioneers in the digital realm who broke ground on new CG design techniques through working with Softimage. In his first collaboration with Steven Spielberg on A.I. Artificial Intelligence, Sims used Softimage to design the characters and display how their actions would appear in different environments prior to filming. This helped establish the blueprint in the early 2000s for what ASC now calls the Fix It in Prep model.

Tell us about your background and how you’ve transitioned to a Fix It in Prep workflow at ASC.

Michael Pecchia: I’ve been working in the industry since the late ‘90s and come from a compositing background. When I was working as an artist 23 years ago, technology was pushing the limits. We’d be on the back end of the production pipeline and have no real insight on the what, where, or why a shot was staged or filmed in a specific way. The planning wasn’t completely done. On set, they’d shoot against a greenscreen backdrop and hope it would react correctly with the VFX in post. On the back end, we’d be tasked with creating a monster for the scene, but the lack of planning in production impeded our ability to make a shot look great in post.

More than two decades later, we’re able to take our technology and push the design process to the front end of production. At ASC, we’re sitting down early in the process — sometimes, even before a project is greenlit — to help realize what the world is, who the characters are and how they’ll interact with their surroundings. It’s a collaborative process that involves our team designing the characters and environments in tandem with the development of the script. We’ll go back-and-forth with the director so that when he steps foot on set, he or she understands how everything will look and react with the VFX. Is it perfect? No, but you can lower the iterations and the amount of time that you’re rendering or working overtime because you set a game plan. By getting involved on the front end and implementing a Fix It in Prep model, you’re ultimately saving time and money on the back end.

Can you provide an overview of ASC’s Fix It in Prep workflow and discuss a few project highlights?

As soon as we’re brought on to a project, we get started designing pencil sketches to color. We don’t move on until we get sign-off on our design. If we’re brought in for previs, we’ll start building out the different elements, doing motion studies and bringing our assets into Unreal Engine to help the team fully visualize how the final effects will look. If we’re also tasked with doing VFX on a film, we’ll insert our assets right into our production pipeline.

One of our great successes with our Fix It in Prep workflow was on Ready Player One. We had conceptualized for over two years, and near the end of production, Spielberg decided he wanted more background hero characters. Since we’d done all the designs we were able to seamlessly deliver the character assets for ILM at the end of the film to easily drop into their shots.

We collaborated with the Duffer Brothers on Stranger Things to develop the Demogorgon. The Duffer Brothers come from a strong story background and had previously worked with Aaron, establishing trust and a professional relationship. They’re very receptive to the design process, and we spent a two- to three-week period going back-and-forth on the Demogorgon and solidifying what the creature looked like. During production, we were able to very quickly help execute the VFX because we’d already laid out the design and had a base asset on the front end.

What technologies have you implemented to facilitate your Fix It in Prep workflow?

Using real-time game engine technology, like Unreal Engine, we’re able to design and create full scenes to really visualize how the final shot will appear before physical production has even started. We bridge our design with a solid pipeline, using Shotgun Software’s production management platform as our base. Shotgun helps our team collaborate, from both a business and creative perspective.

Ironically enough, despite the fact we’re implementing the latest tools and technological advancements into our workflow, Fix It in Prep reflects the way old films were made. The old saying was, “It’s in the can,” because once a project was filmed, there was no going back and adding effects in post. Everything had to be staged and prepped early on, which is what we’re pushing with Fix It in Prep.

How did Shotgun help your workflow?

If you don’t have a solid pipeline, as a small studio, how do you stay on top of overages and not burn time? Our efficiency and ability to liaise with clients and creative partners depends on Shotgun and it’s the backbone of our office.

As a producer, it’s important for me to get feedback from the director and relay that information to the artists. We want honesty, but within Shotgun, I can review and filter comments so that all feedback is clear and constructive; for example, “It doesn’t fit the director’s artistic vision,” rather than, “He absolutely hated your work.” We’re also able to provide clients with limited access to keep them updated on progress while not revealing everything under the curtain right away. Clients add their comments directly in Shotgun, then we populate the notes across the studio — streamlining review and saving us time.

What are the challenges of transitioning the greenlight process to the front end of production?

Fix It in Prep is about being proactive and coming in early, but as a vendor, it’s often hard to get a seat at the table. There have been instances where we’ll get started with design before the film is greenlit, and then a production designer will be hired and want to work directly with their own team. Other times, a production designer will want to push everything through us — it really depends.

It’s really about being flexible and finding a collaborative process to work together. That’s not always possible, but we try to get everyone at the table early on to break down the script and discuss how we want to accomplish the director’s goals. If we’re all in one room laying out our ideas, there’s a lot less friction. It’s also been a re-education to get the larger studios to front-load budgets when necessary to save money on the backend. 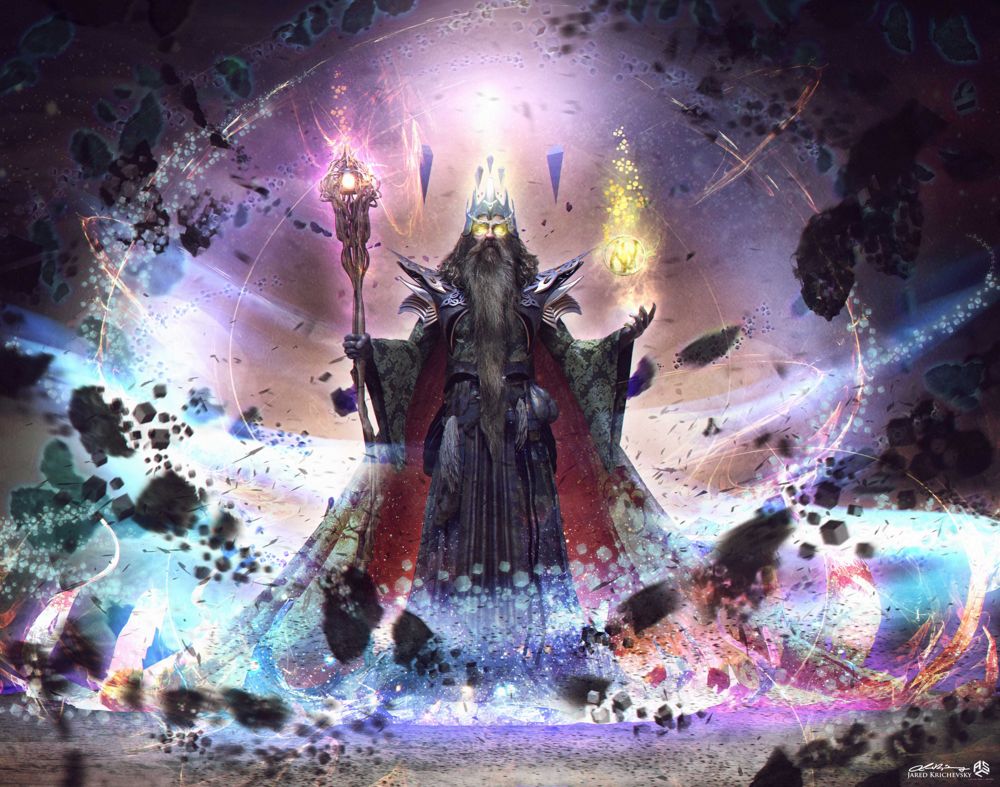 How does Fix It In Prep help maximize the production budget?

By developing design proof of concepts early on, it creates an open dialogue so that all parties understand every aspect of a shot to budget more accurately. If the director, costume designer, production designer and I read a script, we can all interpret a scene differently, which will lead to different cost estimates. Having a visual concept that a director and production team can see helps pinpoint what the actual cost will be. If we know a scene will need cloth sims or dust particles or fire effects, we can develop a more accurate budget ahead of time.

How have you addressed resistance from studios that are used to the traditional model?

We make it easier to transition to Fix It in Prep by packaging our services — from the initial design concepts all the way through DI and stereo. It’s more appetizing for a line producer to have a one-line item with all of our packaged services, rather than being tasked with juggling the work of a previs house, a VFX house and our design services. We provide a lump sum up front that encompasses our full package, so that producers don’t have to dig up more money for design or VFX down the line.

As demand for content increases, why is a Fix It in Prep workflow critical?

It’s a competitive space right now and demand for content is driven by the rise of new streaming platforms like Disney+, Apple TV+, Amazon and HBO Max. Delivery times have decreased while project workloads have increased, requiring productions to work more efficiently in order to succeed. At ASC, Shotgun makes that all possible.

Delivering for episodic TV is now as demanding as film, and planning ahead is critical for ASC to maintain production schedules and budgets.

Interested in hearing more about Fix It In Prep from Micheal Pecchia? Check out this on-demand webinar where he lays out all the details with Shotgun Subject Matter Expert Christopher Sinnott. 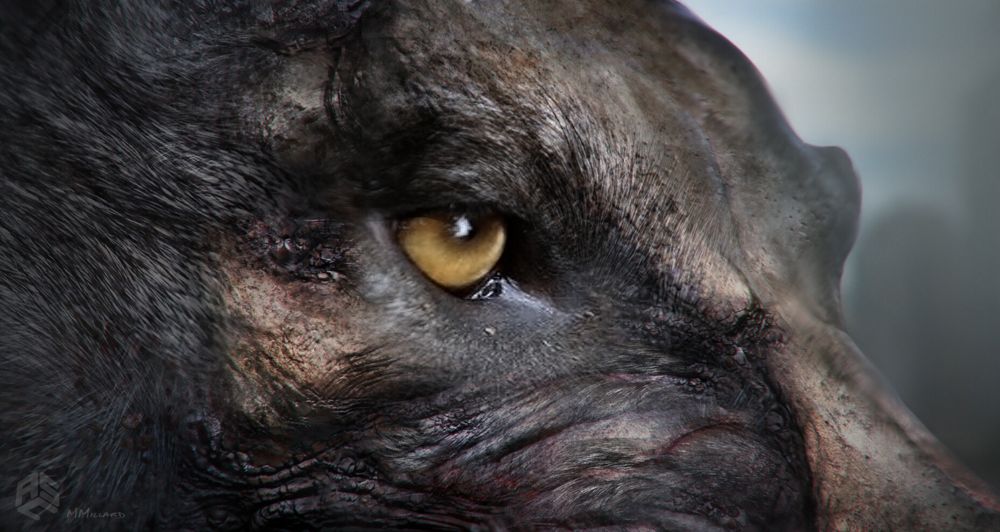