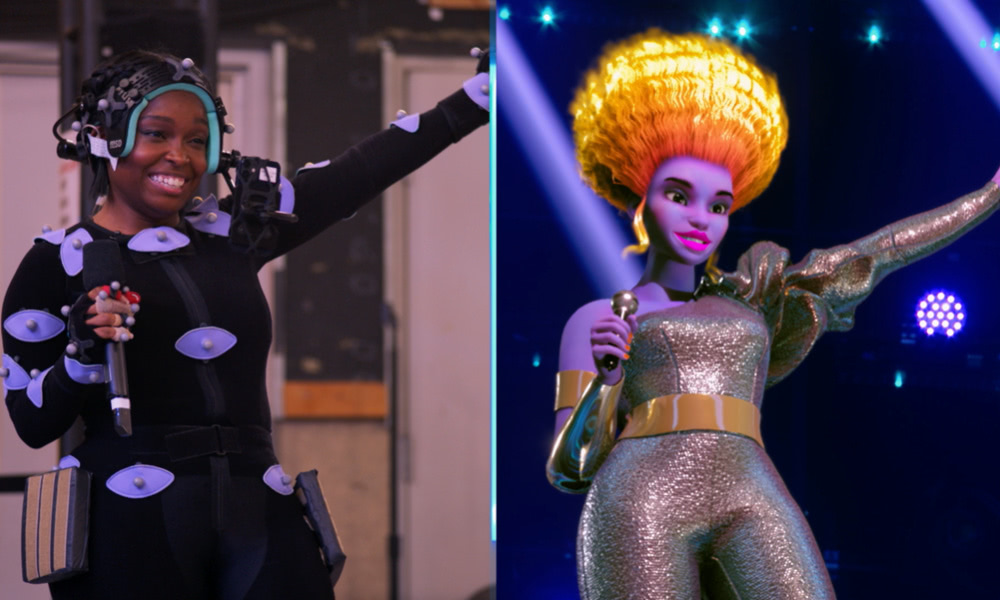 Avatars are already a well-established feature of the current cultural landscape. Most of us are experts at crafting those little character representations of ourselves for a social media platform or game. We’re also well versed in pinging text messages back and forth to friends, using animated characters like the iPhone’s Memojies to convey how we are feeling. A cheery wink to accompany good news, or maybe a grumpy scowl on a crappy Monday morning — we are already comfortable with using digital representations to convey real human emotions.

At its core, an avatar is a CG stylized or exaggerated character — perhaps fantastical with non-human attributes or even an otherworldly creature or animal. The notion of using a character like this to represent an individual in a digital world is already embedded and familiar; maybe even run of the mill. But, as we all know, things never stand still and innovation enables change. Harness the notion of an avatar to the power of emerging creative technologies and we may be on the cusp of a transformative new era for these digital characters. 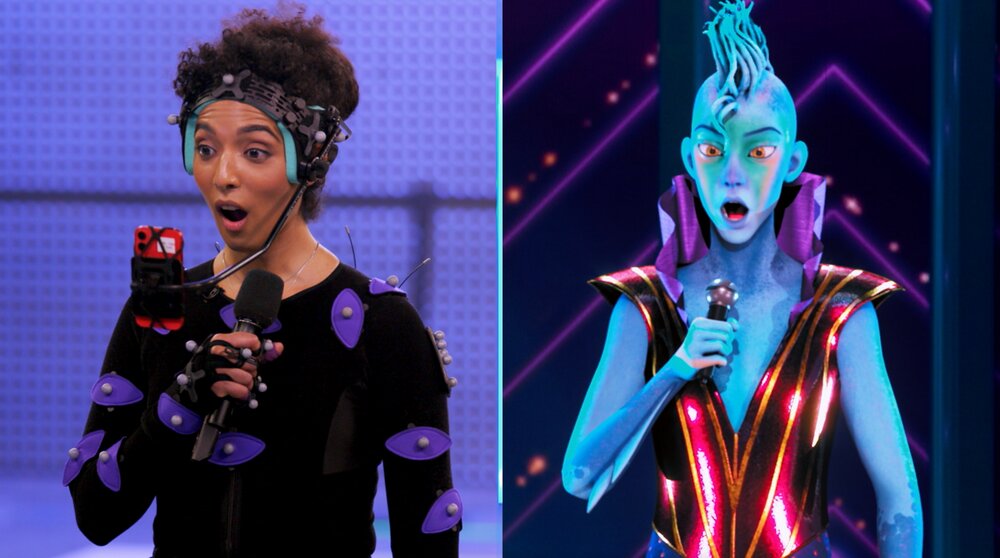 Only recently on Fox, a procession of AR avatar singers debuted center stage on the prime time singing competition Alter Ego. Appearing as fully realized, detailed characters — immaculately coiffured, textured and lit — they seamlessly blended into the real world. Magically brought to life within the shiny, spectacular broadcast environment, these digital creations truly crossed-over as stars in the world of mainstream TV entertainment.

Created for the show and brought to life by the team at Silver Spoon, the avatars were seamlessly blended into the real world by Lulu AR. The real-time rendering power of Unreal Engine, combined with compositing through Pixotope and instant DMX lighting and FX controls enabled the Alter Ego avatars to truly feel as if they were there in the flesh. Driven by their real life human counterparts — moving and singing off-camera — powering their avatar via motion capture and a head-mounted camera to mirror facial expression, the seamless integration and intricately detailed visuals demonstrated just how far avatars have come. They are unrecognizable from their early days as a pixelated 8-bit image plonked in the corner of an ’80s games console screen. 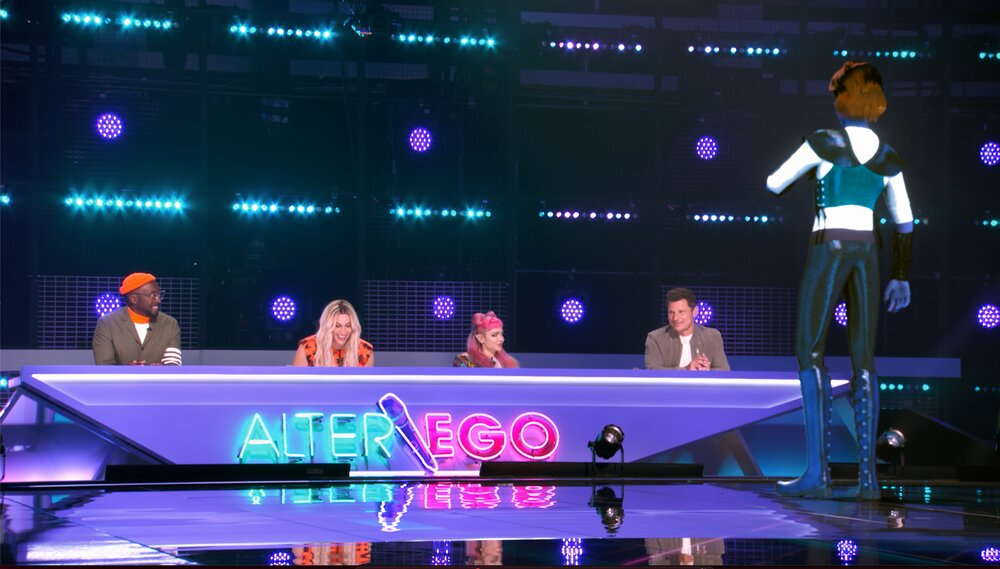 So what’s next for avatars in the world of broadcast? An avatar as a real-time chat show host is a viable route. We’ve already had the BBC pilot an irreverent chat show with a digital caricature of Vladimir Putin as the host — animated in real-time. Why not a character avatar in the hot seat? In an age where owning commercially viable intellectual property can be the holy grail for a production or broadcaster, creating a hit character avatar as a financial investment is understandably not an unattractive proposition. Also, needless to say, rolling out an avatar host to multiple territories, simultaneous live appearances and speaking in different languages are all a cinch as motion capture technology and AI learning make driving the on-screen talent possible in a variety of ways.

The music industry is also proving to be no slouch when it comes to the potential here. Universal Music Group recently announced a partnership with avatar specialist company Genies to develop avatars and digital wearables for their entire artist roster — including Justin Bieber and Rihanna. Locking down what UMG refer to as “official virtual identities” shows how seriously they are taking this space, no doubt driven by the massive earning potential in new and evolving virtual economies. 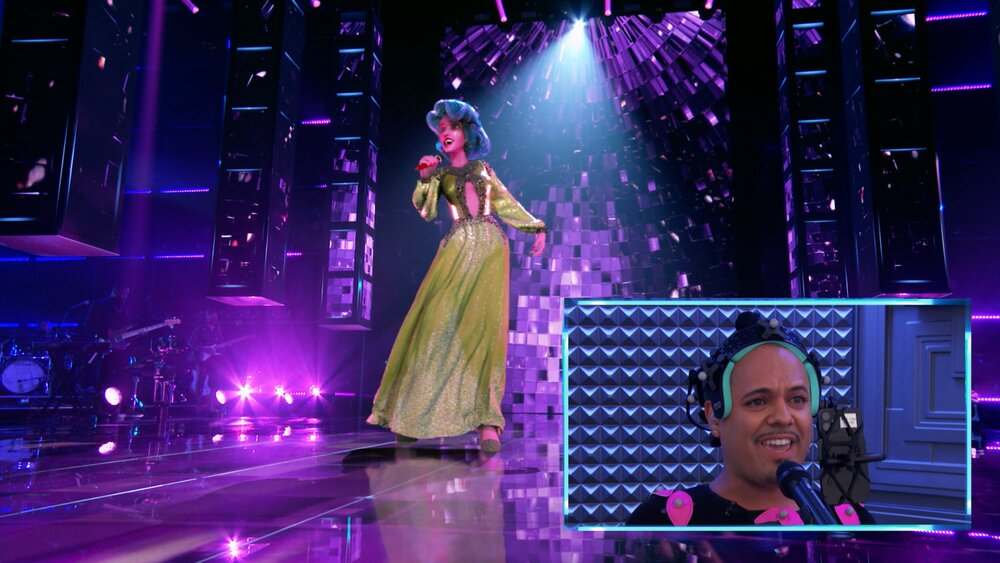 I’ve already touched on how avatars have made their mark in social media, games, mobile phones and now broadcast. Well, that’s just the beginning. Major tech companies are also catching on to the massive potential of the avatar. Nvidia recently launched their platform Omniverse Avatar which connects the company’s technologies to drive ‘intelligent’ and responsive characters. Avatars created in the platform are interactive characters with ray-traced 3D graphics that can see, speak and converse on a wide range of subjects whilst also understanding naturally spoken intent.

Omniverse Avatar opens the door to the creation of AI assistants that are easily customizable for a wide range of industries. These could be plugged into customer service interactions like retail, hospitality, healthcare, banking and more. It’s only a matter before smarter and more responsive avatars start to appear across our digital platforms as technology like this becomes more widely adopted. Meanwhile in the world of work, we are already seeing the arrival of avatars on platforms like Microsoft Teams as virtual meeting spaces become the norm in a post-COVID world. 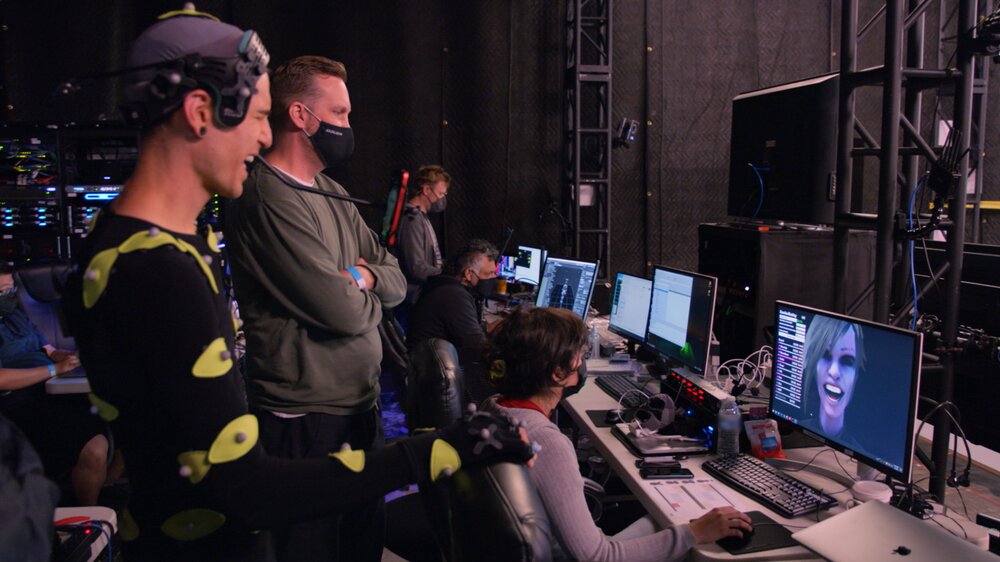 Of course, I couldn’t wrap up a piece on avatars without mentioning the ‘M’ word. After all, it was in Neal Stevenson’s sci-fi novel Snow Crash back in 1992 that the notion of a character avatar was originally popularized and the term ‘metaverse’ was first coined. Today as simmering (soon to be volcanic) excitement and anticipation of the metaverse continue, we can also be sure that an evolving wave of avatars will be very much part of how individuals in that new world are manifested.

The age of the avatar is just beginning.

Laura Herzing is Executive Producer at Silver Spoon, which creates real-time content with an end-to-end virtual production platform built on Unreal Engine and has a 12,000 sq. foot facility in Brooklyn, New York. The studio can be contacted at silverspoonanimation.com. 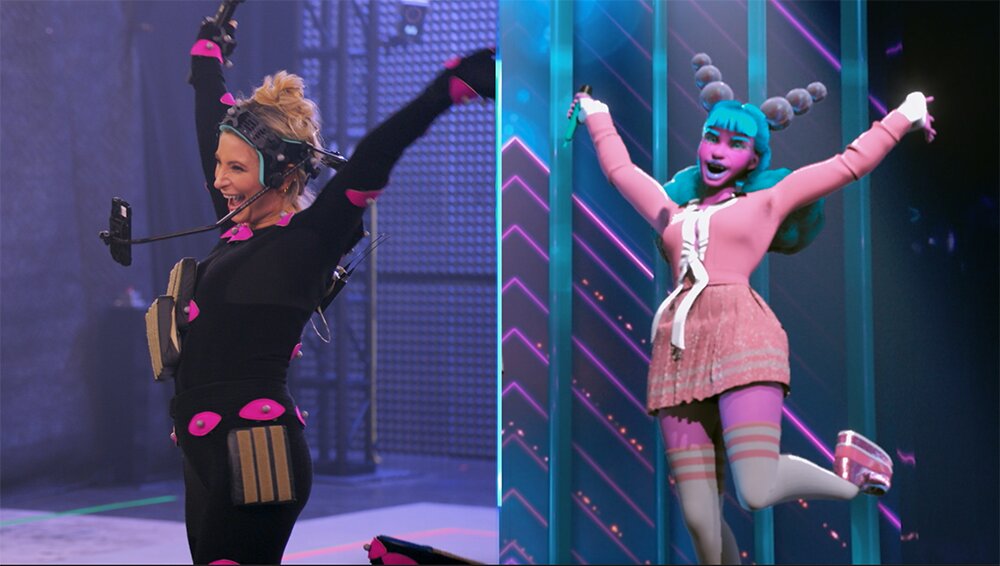 All images courtesy of Silver Spoon.