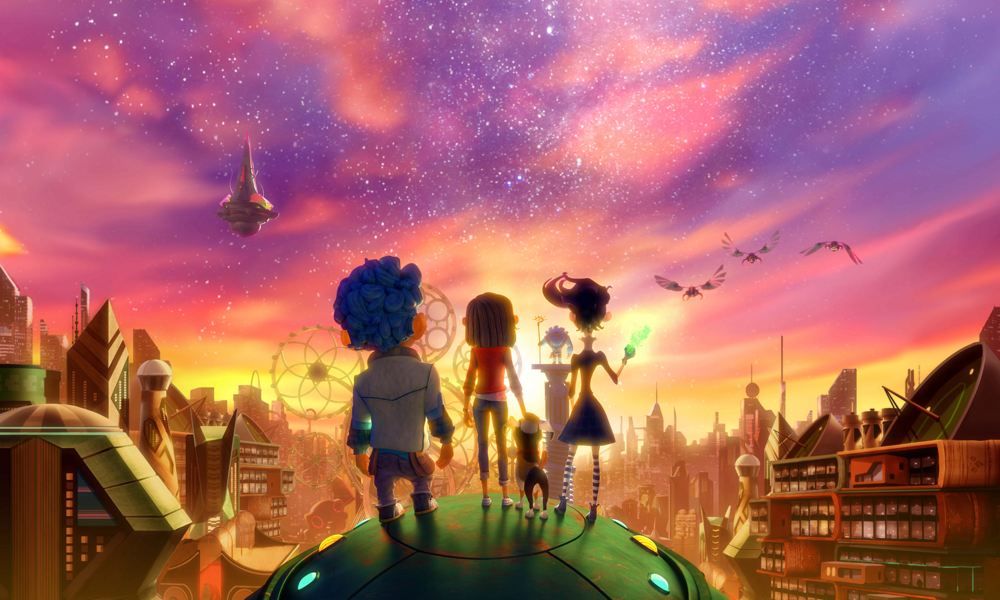 The 17 series and specials have proved incredibly popular with broadcasters worldwide and key sales have been secured across the continents.

On top of Lost in Oz, SVT has also acquired the broadcast rights to Little Big Awesome and live-action series Gortimer Gibbon’s Life on Normal Street, NRK has also taken both series of The Stinky and Dirty Show!, YLE will be broadcasting If You Give a Mouse a Cookie plus three Christmas specials, and

SIC K has picked up all three series of Gortimer Gibbon’s Life on Normal Street and The Kicks.

The BBC has picked up Little Big Awesome for its CBBC channel in the U.K. & Ireland. ABC Australia has also secured the rights to the series, as has ViuTVsix (Hong Kong).

TV2 in Poland and Hungary have bought Click Clack Moo, Lost In Oz and If You Give a Mouse a Cookie.

“It has been an incredibly exhilarating time for Zodiak Kids whilst representing the Amazon series and specials,” commented Delphine Dumont, SVP Sales, Acquisitions & Co-Productions, Zodiak Kids. “We are thrilled with all the partners that have already picked up the programming, allowing an even bigger audience to have access to this catalogue of very high-quality titles.”

Zodiak Kids will be attending Kidscreen, located in the Trinity suite.