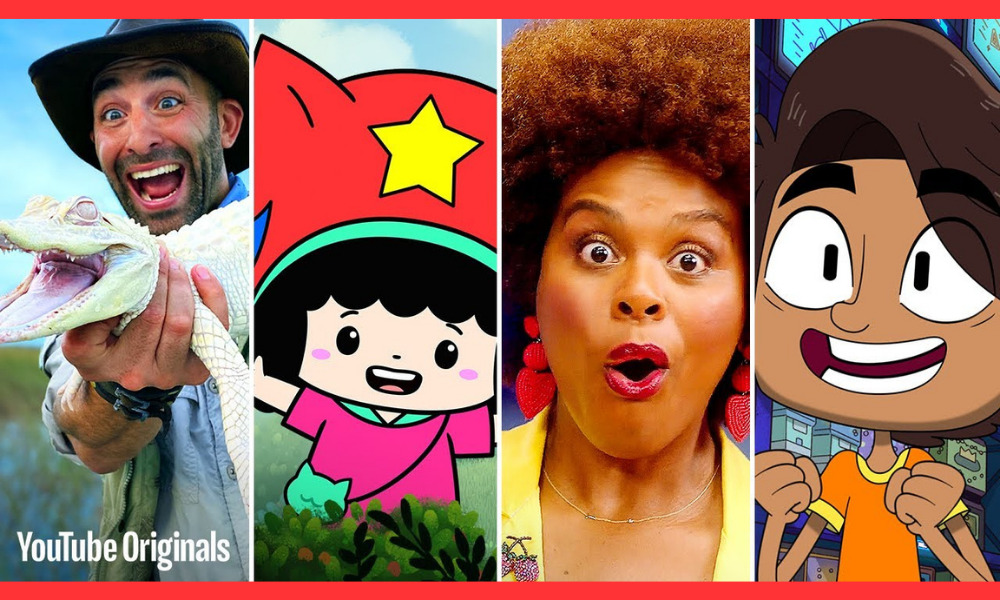 The new, diverse global slate is part of YouTube’s previously announced $100 million commitment to invest in the future of quality kids, family and educational programming.

This raft of projects builds on the tremendous success of the slate from the Kids Fund, with approximately 330 million lifetime views — garnering 18 esteemed accolades (winning a Prix Jeunesse, Webby Award, Content Innovation Award and an Emmy, and an NAACP Image Award nomination) — and presenting one-third of its total content in multiple languages.

Under its new “Ready to Be You” learning framework bulit in collaboration with experts around the world, the global platform strives to be a place where kids are encouraged to explore their interests and creativity, appreciate their diverse world, affect change in their communities, and care for their minds and bodies. This new programming includes series that offer a ‘view and do’ experience, where children are encouraged to explore their world, ask questions and practice new skills.

“We are proud of our new kids slate which is supercharged with learning, diversity and fun,” said Craig Hunter, Global Head of Kids & Family for YouTube Originals. “Our programming has been designed to represent a wide landscape of children’s intersecting cultures and identities. Children’s holistic learning and development are prioritized in our content — whether they are experimenting with slime, making their first braid, planting seeds, learning about voting rights, or mastering dance moves — we’ve got them covered.”

Following the Season 2 greenlights of other Kids & Family Originals such as The Guava Juice Show, Super Sema, Lockdown and Pinkfong Wonderstar, YouTube has now picked up a second season of Tab Time. The series is one of YouTube Originals kids’ marquee preschool titles of 2021 from Kids at Play and Scale Productions, starring Tabitha Brown — an actress, vegan foodie and mother, also known as “America’s mom.” Tabitha or “Ms. Tab ” as the kids call her, taps into her natural capabilities as a cook, storyteller, mom and motivational leader, to teach children how to live their best life. S2 will include 10 x 22′ episodes that will begin to roll out this fall.

Corpse Talk (May 13): It’s the show that brings the dead famous to life! Produced by Tiger Aspect Kids and Family (Mr. Bean) in the U.K., part of Banijay Kids & Family, and based on the popular graphic novel series of the same name published by David Fickling Books and created by Adam and Lisa Murphy, an award-winning husband-and-wife comics-making team. Corpse Talk is a lethally entertaining, comedy-led chat show hosted by history-loving Adam (voiced by popular British actor and YouTube creator Joe Sugg), who is very much alive, even though his famous guests are not. In each episode, Adam will dig up the dirt on some of the most famous, infamous and incredible figures in history, unearthing the unknown and surprising stories from these amazing characters. Corpse Talk will premiere on the Cartoons for Kids YouTube channel (8.6M subscribers) and features a diverse line-up of guests including Mozart, Ching Shih, Cleopatra, Josephine Baker, Ibn Al-Haytham and more. 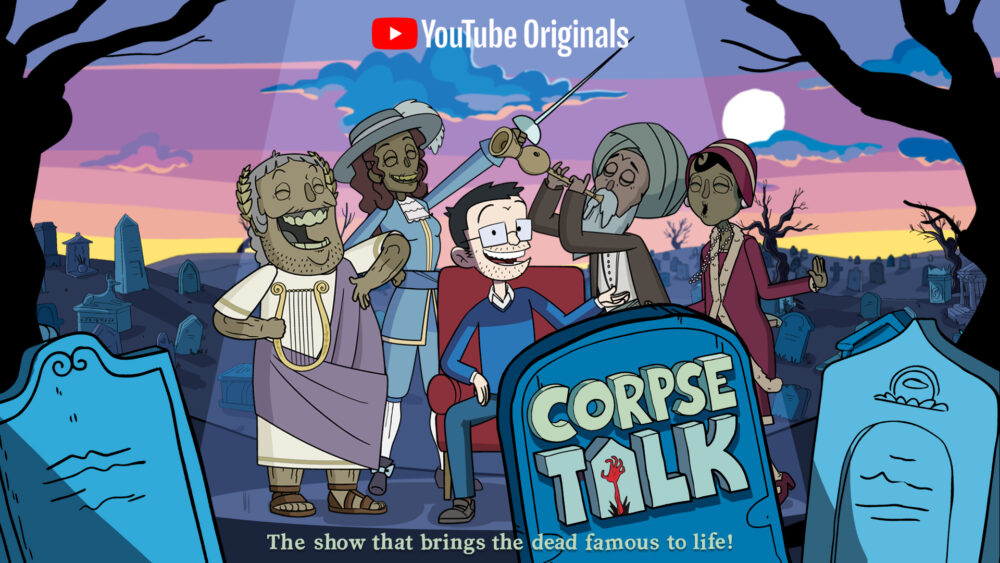 The Guava Juice Show (June 4): Following up on its hit sneak preview episode, The Guava Juice Show will make its official premiere in June on the Guava Juice YouTube channel (16.8 million subscribers). Produced by Studio71 and Mainframe Studios, the madcap animated series follows the extraordinary adventures of 14-year old Roi (played by YouTube superstar creator and Guava Juice’s Roi Fabito) and his best friends, fellow teenager Jenny (Bethany Brown) and the safety-conscious talking guava fruit Guava (Adrian Petriw) as they work at a mysterious curio shop and travel to parallel worlds and dimensions throughout the multiverse in a magical bathtub. 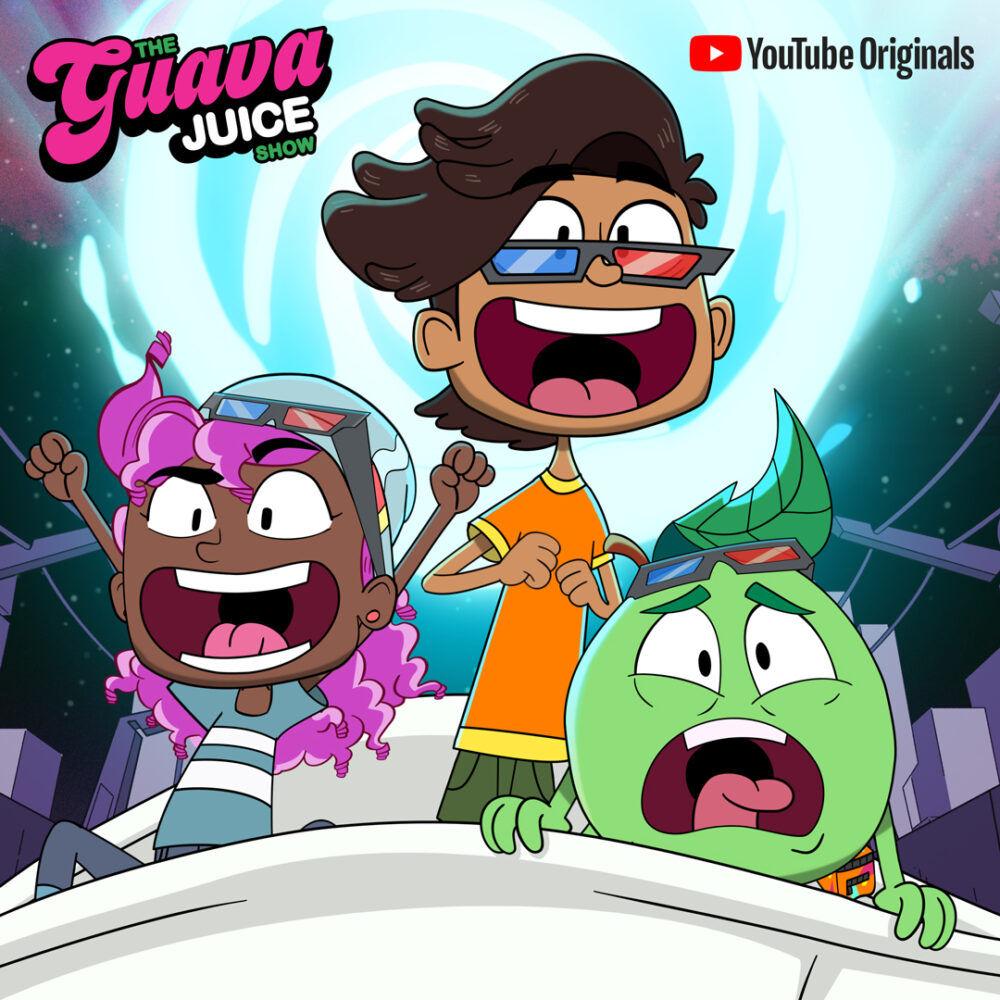 Super Sema (June 17): The African animated series, produced by Kukua’s female-led team including Oscar-winning actress Lupita Nyong’o, follows the adventures of a young superhero girl named Sema as she uses her technovation skills to change the world and help protect her town of Dunia from the villainous robot Tobor. Since its debut in March 2021, Super Sema has become a global hit reaching millions of viewers around the world, and was nominated for an NAACP Image Award for outstanding animated series. The second season will premiere on the Super Sema YouTube channel. 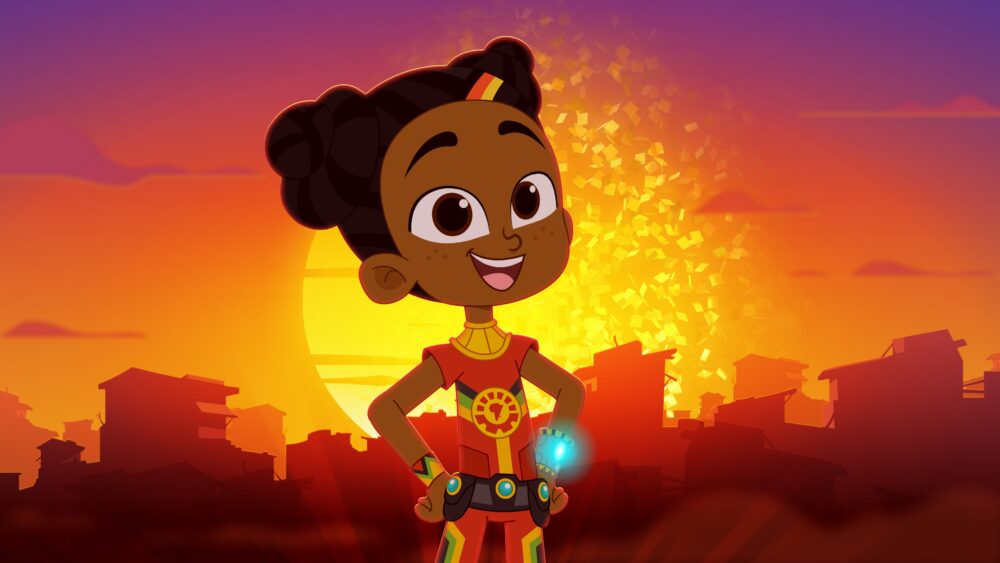 Buster’s BIG Halloween (2022): From Moonbug Entertainment, of the globally beloved animated series Go Buster and Buster Saves Christmas, comes an all-new Halloween special for preschoolers. It’s Halloween and Buster can’t wait to dress up for trick or treating! He’s even more excited this year because he gets to spend it with his little cousin Bella Bus, who is celebrating her very first Halloween. Buster revels in the role of being her personal guide and helping her find an awesome Halloween costume; but when the town’s precious pumpkin light (a Jada-Lantern) and tasty treat bowl go missing, it’s up to Buster, Bella and all his friends to Save Halloween before the big parade!

The Eggventurers (2022): From the producers of the popular GoldieBlox YouTube Channel, this new preschool animated series brings an eggs-citing machine-building format featuring a zany cast of thrill-seeking egg characters. A wacky crew of eggventurers will jump into grand engineering adventures, building spectacular Rube Goldberg machines to help them overcome obstacles and achieve their goals. This dialogue-minimal show can be enjoyed by young viewers globally.  The Eggventurers is produced by GoldieBlox, the media and entertainment company using storytelling to make STEM fun and empower young girls.

Jam Van (2022): From the Oscar, Emmy, Grammy and Tony Award-winning team of Believe Entertainment Group (Dear Basketball), animation studio Global Mechanic and composer/producer Bill Sherman (Hamilton, In the Heights, Sesame Street) comes a road-tripping, original music series for preschool kids and families. Each episode, hosted by best friends Lamb and Anne the Alligator, travels to a new location around the country, straight to the homes and cities of some of your favorite musicians and celebrities, culminating in a new music video with positive social-emotional lessons.

Tab Time (2022): From Kids at Play and Scale Productions Tab Time is a preschool series starring Tabitha Brown, an actress and vegan foodie who has become one of the most visible social media personalities today. Tabitha or “Ms. Tab” as the kids call her, taps into her natural capabilities as a cook, story teller, mom and motivational leader, to teach children how to live their best life. 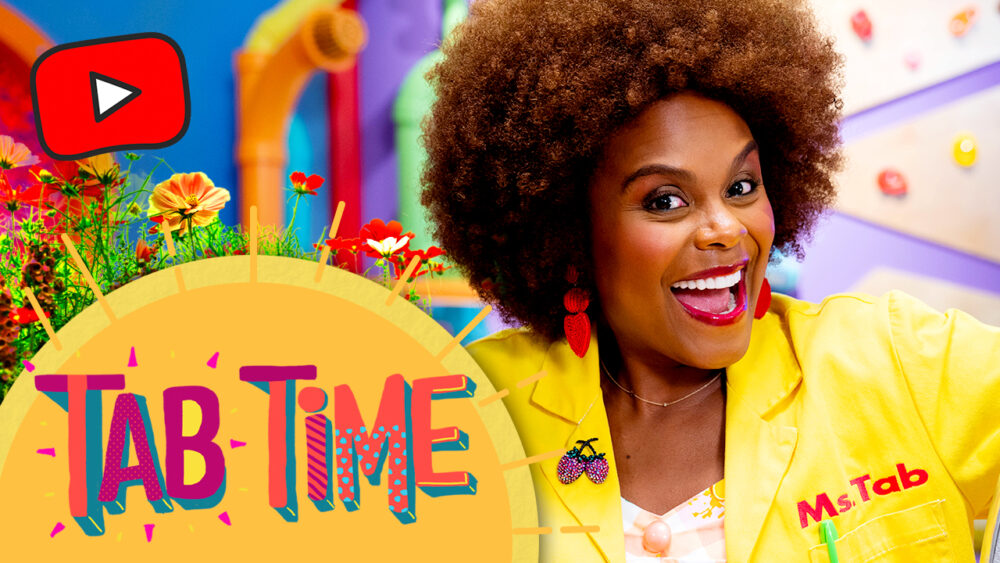 Mindful Adventures of Unicorn Island (2023): Featuring actress, creator and producer Lilly Singh in partnership with mindfulness and meditation app Headspace, Mindful Adventures of Unicorn Island is an animated series that incorporates mindfulness principles to help kids navigate challenges in their life. In each episode, young Lilly is transported to Unicorn Island, a colorful wonderland where life’s struggles manifest in fantastical ways. With the help of her imaginary friends, Lilly learns new mindfulness activities to overcome her troubles and brings those skills back to the real world to deal with her real problems. The school-age series is produced by Headspace’s multi-platform production studio, Headspace Studios and Unicorn Island Productions.

Bob the Train: The YouTube-first Bob the Train Preschool franchise (10M+ views daily in 28 different languages) takes Bob and his friends to new levels with this brand-new preschool series. With the help of friends, Bob navigates the challenges, fun and excitement of Toot Town through songs and lessons on perseverance, self-help, and friendship. This series is produced by Mumbai-based USP Studios.