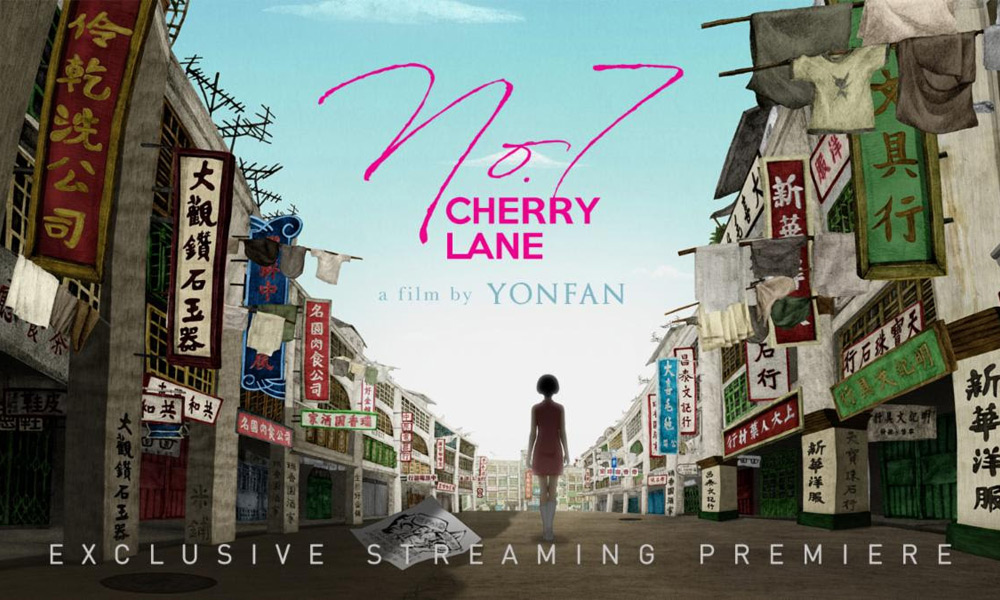 The Criterion Channel announces it will present the exclusive streaming premiere of the acclaimed Chinese animated feature No. 7 Cherry Lane, available July 1. Winner of the Best Screenplay award at the 2019 Venice Biennale, the artfully crafted 2D work was also nominated for Best Film at the Italian event, as well as in the Stuttgart Trickfilm, Goteborg Film Festival, Cinephile Society and Satellite Awards.

The first animated film by celebrated director Yonfan is an exquisite, sumptuously stylized ode to young love, cinema, and the world of 1960s Hong Kong that has earned comparisons to the lush, languorous romanticism of Wong Kar Wai. Set amid the turbulent social unrest of Hong Kong’s 1967 anticolonialist riots, No.7 Cherry Lane unfolds as an almost hypnotic daydream of bittersweet nostalgia and heady eroticism in which a taboo love triangle plays out between a Proust-reading university student, a self-exiled Taiwanese divorcée, and her ravishingly beautiful daughter.

Stunningly realized through a mix of colored-pencil and charcoal drawings on rice paper and studded with references to literature and international art cinema — in particular the films of French screen siren Simone Signoret — this singular achievement in adult animation casts an intoxicating spell all its own.

Since 1984, the Criterion Collection has been dedicated to publishing important classic and contemporary films from around the world in editions that offer the highest technical quality and award-winning, original supplements. No matter the medium — from laserdisc to DVD and Blu-ray to streaming on the Criterion Channel — Criterion has maintained its pioneering commitment to presenting each film as its maker would want it seen, in state-of-the-art restorations with special features designed to encourage repeated watching and deepen the viewer’s appreciation of the art of film.