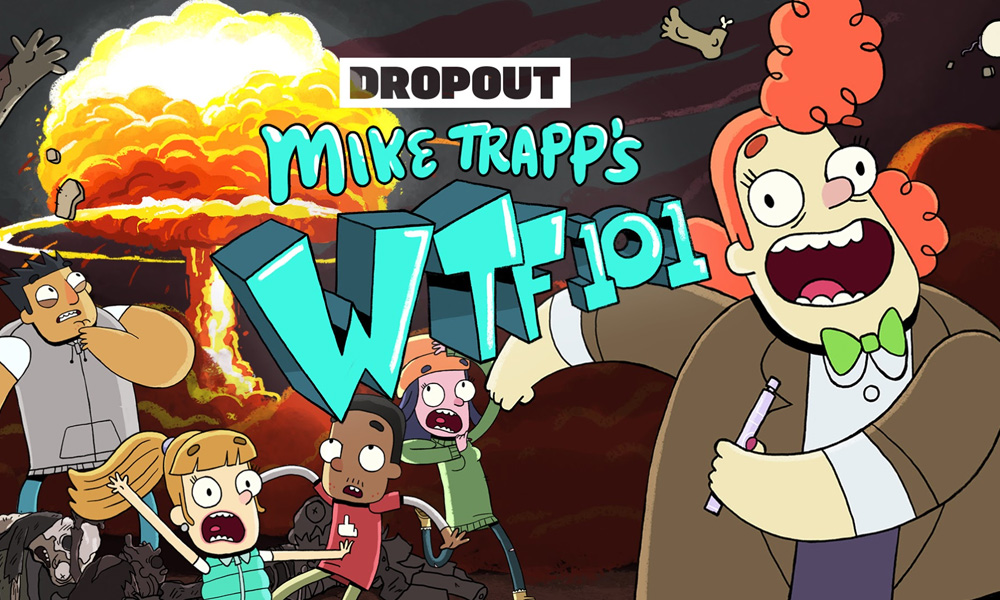 A new animated series which will make viewers see history and science in a whole new light is coming from CollegeHumor’s uncensored comedy platform, DROPOUT. Titled WTF 101, the digital 2D show launched Tuesday Jan. 7 and hails from the producers of hilarious wake-up-call series Adam Ruins Everything.

WTF 101 is a twisted educational series for grownups which follows the foul-mouthed Professor Foxtrot — a kind of brash, bananas answer to Magic School Bus’ Miss Frizzle — as she whisks her reluctant detention students off to all corners of the world and periods of history to learn about the most messed up moments in history and science: from testing cocaine’s numbing powers with testical-stomping, drinking vomit to prove Yellow Fever isn’t contagious and mutating extra-limbed frogs. Each episode may shock and disgust you, but it will definitely make you laugh out loud and teach you something “totally new, totally real, and totally f***ing insane.”